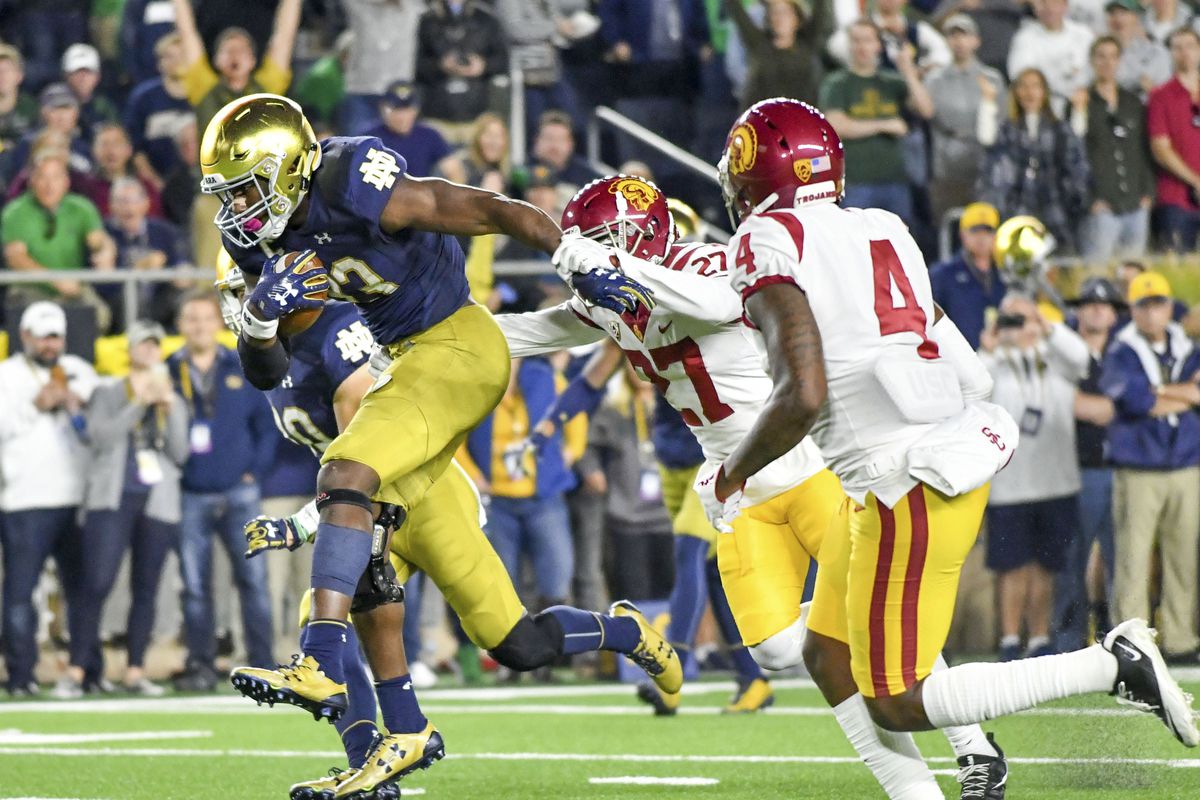 Around this time of the college football season, now is when you usually see the really good teams distance themselves from the rest of the competition. After week eight of the 2017 season, you’re starting to know which teams are in the class by their lonesome.

This week, we saw the Tennessee Volunteers enter their road contest against #1 Alabama as 37-point underdogs and proceed to get defeated by 38. Meanwhile, a horrific season for the North Carolina Tar Heels got even more putrid at the hands of the #13 Virginia Tech Hokies. Once again, the #2 Penn State Nittany Lions used a big stage to show why they are College Football Playoff worthy. On to the observations across college football in week eight.

The losses mount for Florida State

Expectations were placed very high for the Florida State Seminoles coming into the season but it seems that one injury to quarterback Deondre Francois in the first game of the season as derailed their 2017 season. A 31-28 loss to the Louisville at home was the third defeat this season at home for Florida State and leaves the program at 2-4 overall. Can things get better for the Seminoles? Absolutely. But one thing is for sure, it is going to take a TON of work for the CFB Playoff hopeful to even get bowl eligible.

Trojans get pummeled in South Bend

It was billed as the biggest rivalry game between USC and Notre Dame in several seasons but it turned out to be a one-sided affair. A 49-14 thumping by the #9 Fighting Irish came at the expense of #21 USC allowing 377 rushing yards, 191 of them to Notre Dame running back Josh Adams. It was not a conference loss for the Trojans but some are beginning to wonder if the Trojans are bound for the Pac-12 title game. The next four games for the Trojans are all against Pac-12 South foes. A lot will tell over the next four weeks.

The #23 LSU Tigers have hit their stride as of late and have done it largely without big production from their best player, running back Derrius Guice. All of that changed in LSU’s 40-24 win on the road against Ole Miss on Saturday. The 276 rushing yards by Guice was the second most in his career (285 last season vs. Texas A&M) and he also scored for the first time in about a month. Guice is without a doubt the top talent for LSU regardless of position. If he continues this pace, LSU will be a team no one will want to face as we continue on through the season.

Hurricanes squeeze out another win

For the first time since 2013, the #8 Miami Hurricanes are in the top 10 and it appears that every game played this season has been a nail-biter late in games for Miami. This week, the Canes forced four interceptions in a 27-19 win over pesky Syracuse. The Orange made it closer than some expected after a 53-yard field goal narrowed the Miami lead to 20-19 late in the fourth quarter. Their last three wins have come by a combined 13 points and the Canes are 4-0 in the ACC this season. Is the program “back”? Some say yes, while others say no. Yet, the program is on an 11-game win streak currently and looking notably strong at the right time of the season.

It was just two seasons ago that UCF was 0-12 and in the midst of an ugly period in their program’s history. The hire of former Oregon offensive coordinator Scott Frost changed all of that and now, #18 UCF is sitting pretty at 6-0 and tied for first in the American Athletic East division. It has mainly because of an offense that has scored at least 31 points in all six games this season. Circle your calendar for November 24th. That showdown against South Florida will in all likelihood have the East division title on the line.

In recent seasons, running backs for the University of Wisconsin have been some of the more productive players in all of college football. This season has been no exception. Badgers true freshman running back Jonathan Taylor had his fifth game of the season of over 100 rushing yards as he ran for 126 and a touchdown in #5 Wisconsin’s 38-13 win over Maryland on Saturday. In the process, Taylor breaks 1,000 rushing yards on the season in just seven games played. That also tied a record for the least amount of games by a freshman running back to crack 1,000 yards. Putting his name in the same category with Marshall Faulk, Emmitt Smith, and Adrian Peterson. The Badgers have a star in their backfield in Taylor who may very well be a Heisman candidate in the near future.