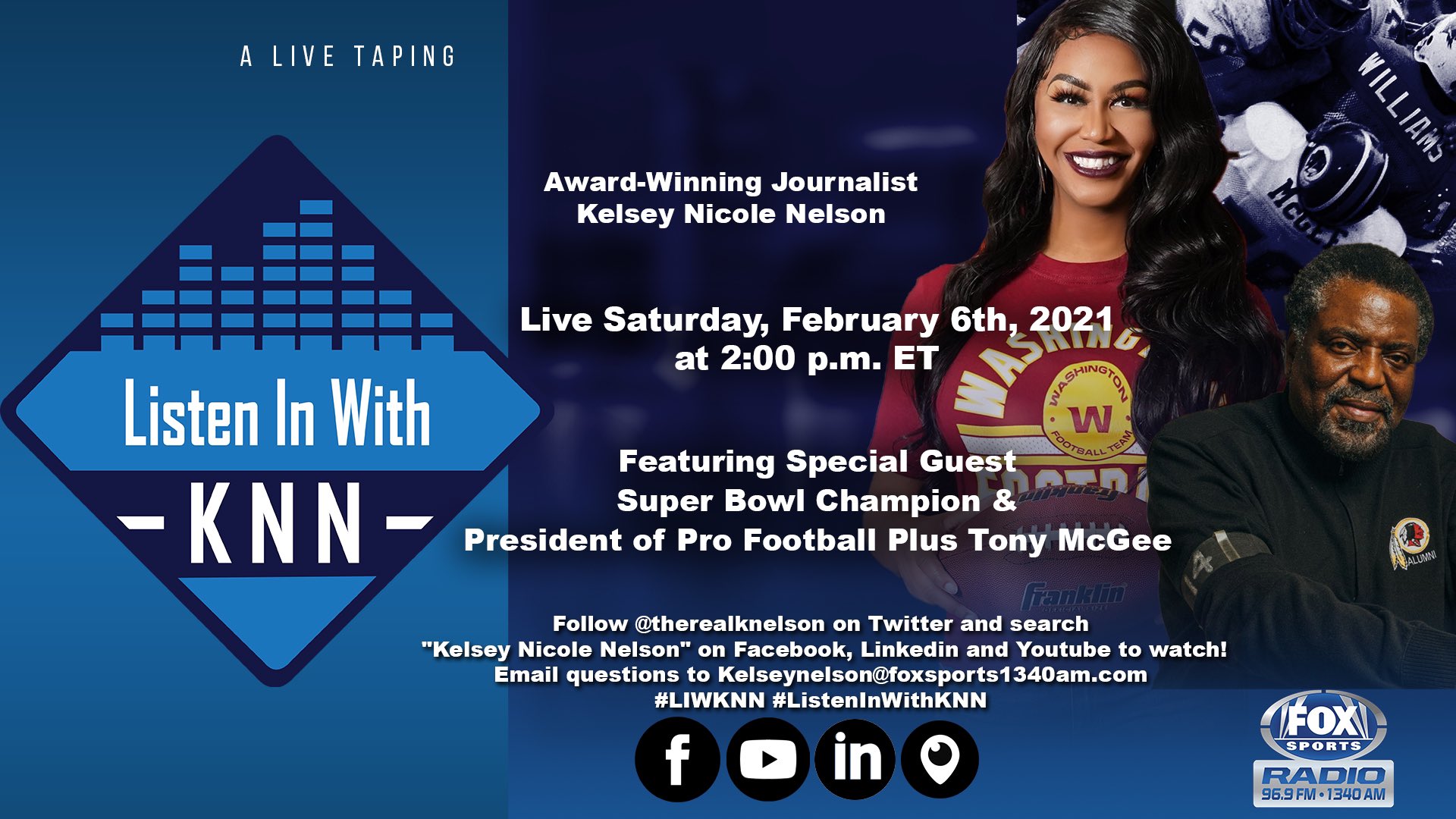 On the latest episode of Listen In With KNN on Fox Sports 1340AM, host Kelsey Nicole Nelson welcomed Super Bowl Champion and President of Pro Football Plus Tony McGee to the show.

Speaking of his journey, he was born and raised in Battle Creek, Michigan during the time of segregation. McGee attended Battle Creek High School where he starred on the football field. As a result, he got a scholarship to go to the University of Wyoming where it was a culture shock to him.

“When we got out to Wyoming and you can see 10 to 15 miles of nothing, that was a shock itself. It really wasn’t as bad as it could’ve been because I had a lot of opportunities. When you look at things that transpired, my preacher’s son went to the University of Wyoming and he was one of the best athletes ever to come through Battle Creek, Michigan,” McGee said. “It was God sending me out there and that’s where I was supposed to end up because that’s where the Black 14 was going to occur.”

The Wyoming Cowboys had a great start to the 1969 season where McGee had 11 sacks in the first four games. They were on their way to the Sugar Bowl until the Black 14 incident took place on October 17th, 1969. McGee and 13 other Black players were dismissed from the team by head coach Lloyd Eaton for asking to wear armbands in protest of the Brigham Young University (BYU) policies. In last year’s win at BYU, the players were attacked with racial epithets from the Cougar players.

“When I first went into this, we were going in because of the treatment that we received during the BYU games and in each and every game, you were called out of your name and players tried to hurt you. We decided to put these armbands on and go over and let him see these armbands and let him know they aren’t intimidating. We walked in that place and Coach Eaton made us stand there for the longest before he came out. He came out and said, ‘as of this moment, you are no longer a Wyoming Cowboy,’” said McGee.

As a result, he would finish his last year of his collegiate career at Bishop College, an historically Black university. There, McGee was given a full scholarship and was a Black College All-American. The Los Angeles Rams were supposed to select him with their first round pick in the 1971 NFL Draft but Wyoming told them that he was a troublemaker. As a result, the Rams backed off of McGee.

“So that shows you how it can affect you in the long run. You have to pay something to get what you want and that was my payment. Black 14’s payment was we gave up our scholarship,” he said.

The Chicago Bears picked McGee in the third round and played with the team from 1971 to 1973. Even though they weren’t a winning team, the Bears had some good and tough football players.

“When I went to Chicago, I was able to see the individuals like Dick Butkus, Gale Sayers and Cyril Pinder. I saw things that I never thought I would see. I walk in the locker room at halftime and there’s guys smoking cigarettes but at the same time, these guys will go out and play,” McGee said.

Then, he was traded to the New England Patriots where he found some success but came up short of the ultimate prize. However, McGee got his opportunity to get over the hump when he got traded to the Washington Football Team.

“One thing I saw was every player had something to do to win on that team and every player was expected to get that done. That was the difference when we went to two Super Bowls out of the three years I was there,” he said.

Washington won the Super Bowl in the 1982 strike-shortened season. Despite what was going on off the field, the team stuck together and completed their mission.

“It was so surreal and it’s something you will never feel again. I got to learn and know guys and to this day, those guys are still my teammates, family and football family. That’s the one thing that I gathered from Washington that I did not have. It’s a feeling that you wish every player could have it but you’re glad you’re the one to be it,” he said.

After McGee’s 14-year playing career came to a close, he founded and hosted a minority-owned television show called Pro Football Plus that has gone on for 36 years. The show talks about not only football but other sports as well as human interest stories.

“We wanted to make the show that everyone in the household can enjoy but we wanted to be long-winded. I look back at the way it was when I first got into it and I’m proud that I’m part of one of the pioneers to help that. At the same time, it’s all because I was blessed. I’m going to make it go as long as it can and hope that some young person can take it over and keep it going,” said McGee.