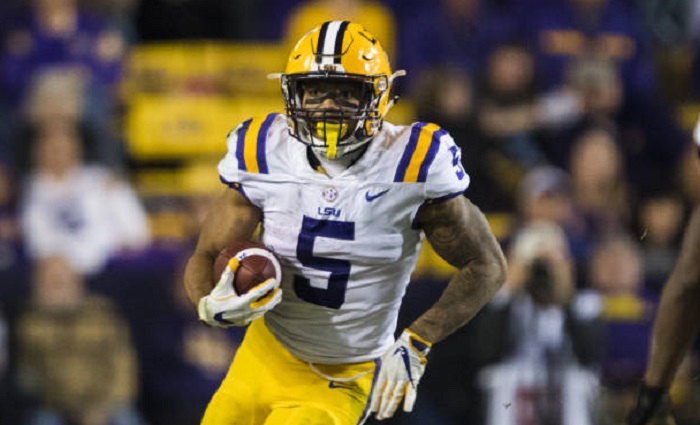 The 2017 season for the Iowa State Cyclones was fairly unexpected. They went 7-5 with upsets over Oklahoma and TCU and a near upset of Oklahoma State. Led mainly be a scoring defense that only allows 21 points per game, the Cyclones will have a major test in front of them in the Memphis Tigers. The Tigers offense has 10 games this season of at least 37 points and over 400 yards. Keep an eye on Memphis wide receiver Anthony Miller, an electric weapon for the Tigers who is second in FBS in receiving yards per game.

Two contrasting styles meeting on a neutral field is what bowl season is all about and that is exactly what is presented here. On one side is a 9-win Washington State team that is led by redshirt senior quarterback Luke Falk and his 14,481 career passing yards. You know Michigan State head coach Mark Dantonio will dial up an aggressive defensive scheme against a Cougars offense that is second in the country in passing offense.

The Heisman winner from last season, Louisville QB Lamar Jackson, had himself another Heisman worthy season in 2017 with 3,489 passing yards and 25 touchdowns along with another 1,443 rushing yards and 17 touchdowns. His talent against

a good SEC defense in the Bulldogs, who ranked 10th overall in the country on that side of the ball. It will be interesting to see how this Mississippi State team performs after watching their former head coach in Dan Mullen depart for Florida and their starting quarterback in Nick Fitzgerald being ruled out due to injury.

Taking centerstage in this contest is Heisman candidate Stanford running back Bryce Love, who was second in the country in rushing yards with 1,973 and 17 touchdowns. There are plenty of offensive fireworks on TCU’s side as well with quarterback Kenny Hill and receivers KaVontae Turpin and Jalen Reagor. It also pits two of the more respected coaches in the country in David Shaw (Stanford) and Gary Patterson (TCU). Keep an eye on the passing game for Stanford in this one. In three of the teams’ four losses, Stanford has completed 47% of their passes or less.

The last time these two teams met (2014 Music City Bowl), it came down to the Fighting Irish scoring 10 points in the last four minutes to walk away victorious, 31-28. The season ended fairly sour for Notre Dame with two of their last three games coming with road defeats. They also gave up 79 points in those two games. LSU’s defensive unit meanwhile is 16th in the country in scoring defense. The duel between running backs Josh Adams (Notre Dame) and Derrius Guice (LSU) will probably dictate the final outcome in this one.

The UCF Knights had one of the better stories in college football by going 12-0 and winning the American Athletic Conference. They will see the departure of their young head coach in Scott Frost but what a way to truly prove yourself than to take on a team in Auburn that is fresh off an SEC title game appearance and 22nd in the country in rushing offense.

A pair of teams that received disappointing losses in their respective conference title games. Both teams feature a pair of defenses that like to truly get after the quarterback as both are in the top 12 in team sacks per game. Miami’s Malik Rosier has been very inconsistent as of late and it has showed in the Hurricanes last two games. Now he has to get back on track against the #1 defense in the country. The raucous Miami crowd may make a difference here as well as that popular Miami turnover chain.

Penn State running back Saquan Barkley entered the season as the Heisman favorite and while he did not win the illustrioustrophy, he was still his playmaking self with 1,728 scrimmage yards and 19 offensive touchdowns. The Huskies will field the fifth ranked defense in the county, one which allows only 4.18 yards per play. Washington is also sixth in the country in scored defense and first in rushing defense. In other words, the vaunted Penn State offense led by Barkley and quarterback Trace McSorley will have to roll back the sleeves in this one.

Two storied programs that are on the outside looking in of the College Football Playoff even though both are conference champions. A roller coaster season by USC’s Sam Darnold appears to be trending upward with his play as of late. While Ohio State starting quarterback J.T. Barrett is dinged up but in all likelihood, will play. USC running back Ronald Jones II finished eighth in the country in rushing yards with 1,486 while Ohio State’s freshman running back J.K. Dobbins finished 14th (1,364). Two teams that are evenly matched meet in Texas in an historic bowl game. The winner of this one will make the loudest argument for being overlooked for the College Football Playoff.