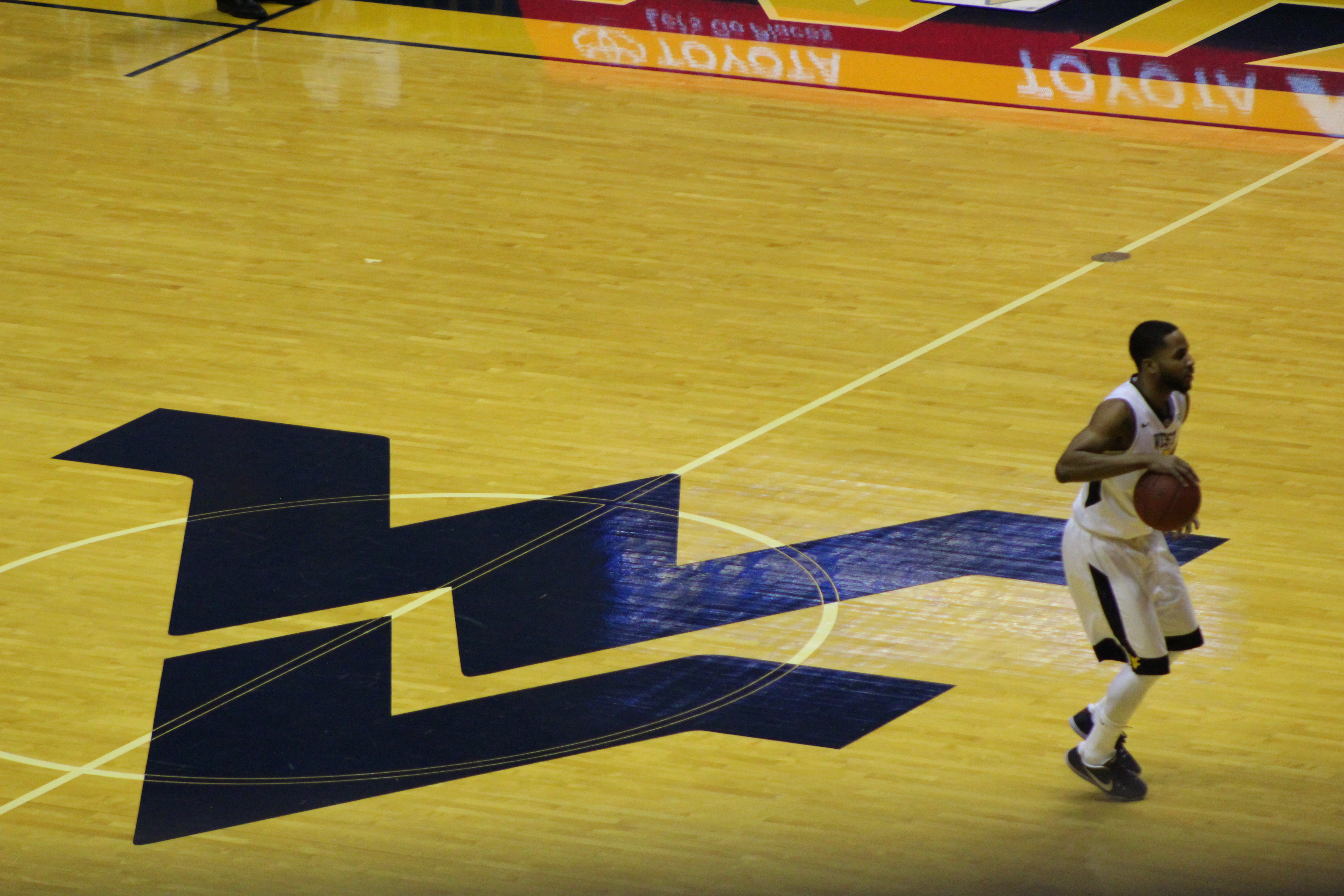 The West Virginia Mountaineers are a top ranked team, with a defense unlike any other team in the nation. Finishing the season 24-7 and ranked number 11 the Mountaineers put up a solid season. Going into this season, there were questions about who would step up to fill the shoes of last years stars, Jaysean Paige and Devin Williams. The 2016-2017 Mountaineers fared very well, 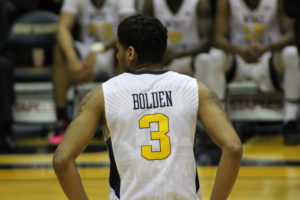 Senior Nathan Adrian stepped up to make for his best season of his college career. while sophomore James “Beatle” Bolden became a crowd favorite for his sharpshooting threes and his never ending morale boosting attitude.

With such a fantastic season, with such great players, what were the Mountaineers season highlights? The following list is what I consider to be the most meaningful games of the 2016-2017 Mountaineer season.

This game comes in last because of how close a game it was. The win was a much needed win against the Horned Frogs, TCU looked like they were going to come away with the win. it was 60-60 as Daxter Miles Jr. drove down the lane with 4 seconds left, TCU’s Jaylan Fisher fouled him and sent him to the line. Miles made 1 of 2 freethrows and the frogs were unable to recover. leaving the 61-60 win for the Mountaineers.

On February 18th the Mountaineers hosted the Texas Tech Red Raiders. This team handed the Mounties their first loss of Big 12 play, the first time they faced off. With 4.6  seconds left Texas Tech’s K

eenan Evans shot a three point shot to tie the game up and send them to overtime. The Mountaineers were winless in overtime games this season. Jevon Carter had a phenomenal game with 24 points, as well as Elijah Macon who got himself a double-double with 12 rebounds and and 17 points.

This game is number 4 because even though the Red Raiders were unranked, the persistence shown by Bob Huggins and the Mountaineers, is what ranks this game in the top 5.

As the Mountaineer fans back in Morgantown filled Milan Puskar Stadium to watch the season finale for WVU Football. They had the last half of the Men’s Basketball team’s first game against a ranked opponent pulled up on their phones. University of Virginia was an unbeaten 7-0. Ranked number 6 the Cavilers faced off against the only team in the nation to press their opponent through 40 minutes of basketball.  The Mountaineers beat this top 10 team at home, handing them their first loss, and giving the boys in blue the confidence to carry on and beat multiple top ten opponents.

This game is ranked number 3 on my list because of what this game implies. Although it was early in the season, this game gave Mountaineer nation a confidence boost. One that carried on to beating Baylor and Kansas. Morgantown ended up being nicknamed “the place where top ranked teams go to die”.

Many people may disagree with the win against a number one team being ranked second. However the shear consistency of the Jayhawks as opposed to the inconsistency of the Baylor Bears is what makes this win number two.

Baylor came into the game, for the first time in school history, ranked number 1. Nathan Adrian had a career high 22 points, the Mountaineers came into the game three and eight all time against the Baylor Bears. This game ended in a crowd filled floor, as the sold out WVU Coliseum rushed the court.

With Kansas being the only remaining unbeaten team in the Big 12. The Jayhawks had to get past the Mountaineers and their consistent press. The Mountaineers came into the game looking for redemption after two straight losses. The Mountaineers put on a show with high-flying dunks, and long distance threes. Esa Ahmad scored a career high 27 points. 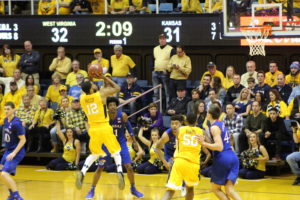 This Game is ranked number one on my list, because of the WVU win against such a high caliber team as Kansas. A team that is now the Big 12 regular season champions. A team that throughout this past season and past years has been consistently a top rated team. With two National Championship appearances in the last ten years coming away with the trophy in one of them. This group is a great team, that poses a threat to any opponent.

Tournament week is upon us, and the Mountaineers have a first round bye and will face the winner of Wednesdays Texas/Texas Tech match. My prediction is Texas Tech will be facing the Mountaineers Thursday at 7pm EST. After beating the Texas Longhorns.