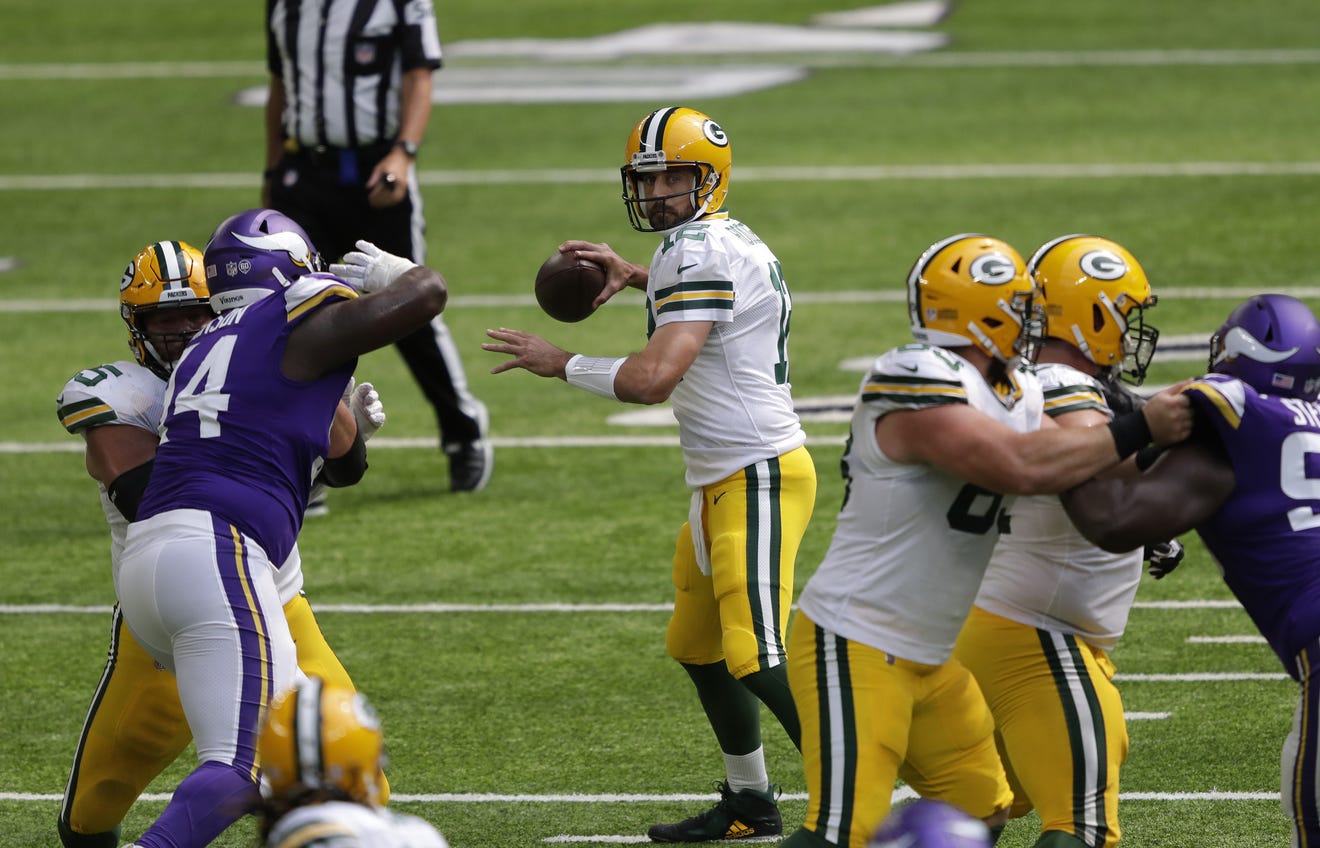 Welcome to Week 1 of the 2020 NFL season in which it’s unlike any other. This offseason was impacted because of a global pandemic and social unrest. Offseason meetings were virtual and there was no preseason for players to be acclimated to game action. Most of the opening games were played without fans due to COVID-19.

But nevertheless, it’s exciting to have football back on television and fantasy owners raving about their teams. We had the defending Super Bowl champion Kansas City Chiefs winning their home opener. Tom Brady had a rocky debut for the Tampa Bay Buccaneers and the Washington Football Team came back from a 17-point deficit to defeat the division rival Philadelphia Eagles to start off the Ron Rivera era.

Also, there are great performances by individuals who are at the tops of their respective games. Without further ado, here the top five performers from the first week of the 101st season of the National Football League.

Remember when the Packers drafted QB Jordan Love in the first round when most thought they would give A-Rod more weapons. That lit a fire inside the future Hall of Famer to prove that he isn’t declining. Rodgers showed he’s still a bad man in the opener against the division rival Minnesota Vikings. His touchdown throws went to his top guy Davante Adams (twice), Marquez Valdes-Scantling and Allen Lazard. As a result, Rodgers’ 21st four-touchdown game ties for fifth all time with Dan Marino.

The Seattle Seahawks “let Russ cook” on Sunday and was nearly flawless as he started out completing his first 12 passes. He carved out the vulnerable Falcons defense with four touchdowns and a 143.1 QB rating.  It was Wilson’s ninth four-TD game since 2015. Additionally, he became the Seahawks’ sixth rushing yards leader in team history. So a great day in the office for one of the top quarterbacks in the game.

Week One stats: 25 carries for 138 yards and a touchdown

The Chiefs won their first Super Bowl in five decades despite having the 23rd ranked rush offense in the league. With the last pick of the first round, they selected running back Clyde Edwards-Helaire, who just came off winning a national championship at LSU. He became the lead guy after Damien Williams opted out due to concerns of the coronavirus and didn’t disappoint. Edwards-Helaire became the first rookie RB since Saquon Barkley to run for 100 yards and a touchdown in his debut. With Patrick Mahomes’ arm and his running game, Kansas City offense just got a lot more lethal.

Week One numbers: 14 receptions and 151 yards

Hopkins was shipped out of Houston to Arizona for a second round pick and the contract of David Johnson. The three-time All-Pro and four-time Pro Bowl receiver made an immediate impact in his Cardinals debut with a career high 14 catches for 151 yards in a win on the road against the defending NFC champs. He will be main focus in their high octane offense along with second year quarterback Kyler Murray. Arizona could be a surprise playoff team.

Another Pro Bowl receiver that also showed out is Davante Adams, who happens to be Aaron Rodgers’ top target. He tied a Packers record by catching 14 balls for 156 yards and two scores. One of the touchdowns happened in the first half when Rodgers was on the run and threw a 24-yard lazer and Adams caught it while getting two feet inbounds in the end zone. It was his third 100-yard game versus Minnesota. Adams will be depended on again to carry the bulk of the receiving load.