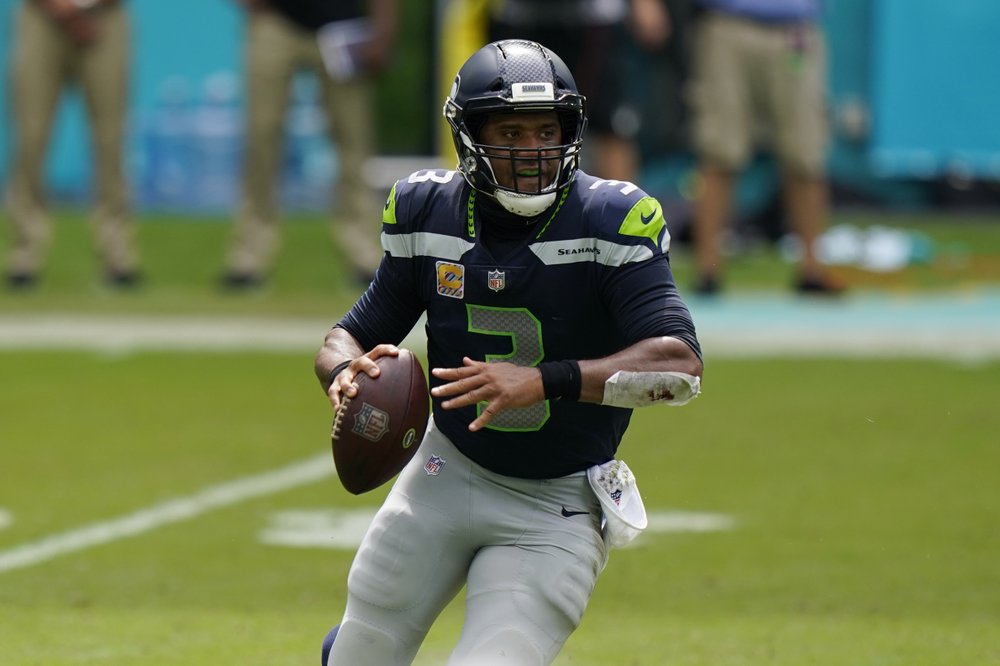 It’s hard to believe that the first quarter of an interesting 2020 season has come to a close. The Steelers-Titans game was rescheduled to October 25 due to the recent cases of COVID-19 within the Tennessee Organization. The Patriots-Chiefs showdown was changed to Monday Night due to Cam Newton’s positive test. There was the first head coach firing of the year as Bill O’Brien got the ax from the Texans, who are 0-4.

The NFC East continues to be the worst division in football as the Dallas Cowboys, Philadelphia Eagles, New York Giants and Washington Football Team have a combined 3-12-1 record. It’s very possible that the division winner will have a losing record. But there were the usual stars who shined this and here are the top five.

Also, it was his 93rd 300 yard passing day tying him with Peyton Manning. Brady became the oldest player in NFL history to have back-to-back games of three touchdown passes. Despite wearing a different uniform, this guy continues to show why he has a lot left in the tank. The Bucs are 3-1 and in first place in the NFC South

Russell Wilson continues to cook while the Seahawks win. He carved up the Dolphins defense in South Beach with 360 yards and two scores. His fourth quarter TD pass to David Moore was his 80th in his career in the final quarter. Wilson is doing this in spite of Seattle’s defense ranking dead last in the league.

Since entering the league in 2012, Wilson has won 92 games in his nine year career as he joins Peyton Manning, who also won at least 90 games in his first nine seasons. The Seahawks are 4-0 in large part due to their superstar QB playing at a high level. He is on his way in winning his first ever MVP award.

What a Monday Night in a fun season for the great Aaron Rodgers. Despite missing his top two targets in Davante Adams and Allen Lazard, the Packers put up their fourth straight 30 point game to start the season without a turnover. According to the Elias Sports Bureau, they are the first team in NFL history to accomplish that feat. For the first time since 2011, Rodgers has thrown for at least 12 touchdowns in the first four games in a season.

Three of his four scores went to undrafted tight end Robert Tonyan. The Matt LeFleur-Aaron Rodgers marriage has gotten of to a great start again as the Packers are 4-0. With the Falcons being 0-4, at least they didn’t blow another double digit lead in the fourth quarter.

The Cincinnati Bengals got their first win of the season and Joe Burrow got his first win of his career. But it was running back Joe Mixon that stole the show with almost 200 yards from scrimmage. His three touchdowns against the Jaguars were the first scores of the season for the young stud.

What was amazing about Mixon’s performance was that he was in the hospital the night before with a chest injury. In the offseason, he got a four year, 48 million dollar contract extension and is living up to it. His running will help alleviate the pressure from Burrow.

Dalvin Cook was rewarded by the Vikings with a five year, 63 million dollar extension just before the season started. On Sunday, he showed why he’s arguably the best RB in the game with a 130 yard day on the ground with two scores versus the Texans. Cook leads the league with six rushing touchdowns and rushing yards after contact.

He’s looking like the second coming of Derrick Henry with his bulldozing abilities. Minnesota got their first win of the year which they badly needed. They’re a better team when Cook runs the ball at a high to go along with Kirk Cousins’ play action passing game.