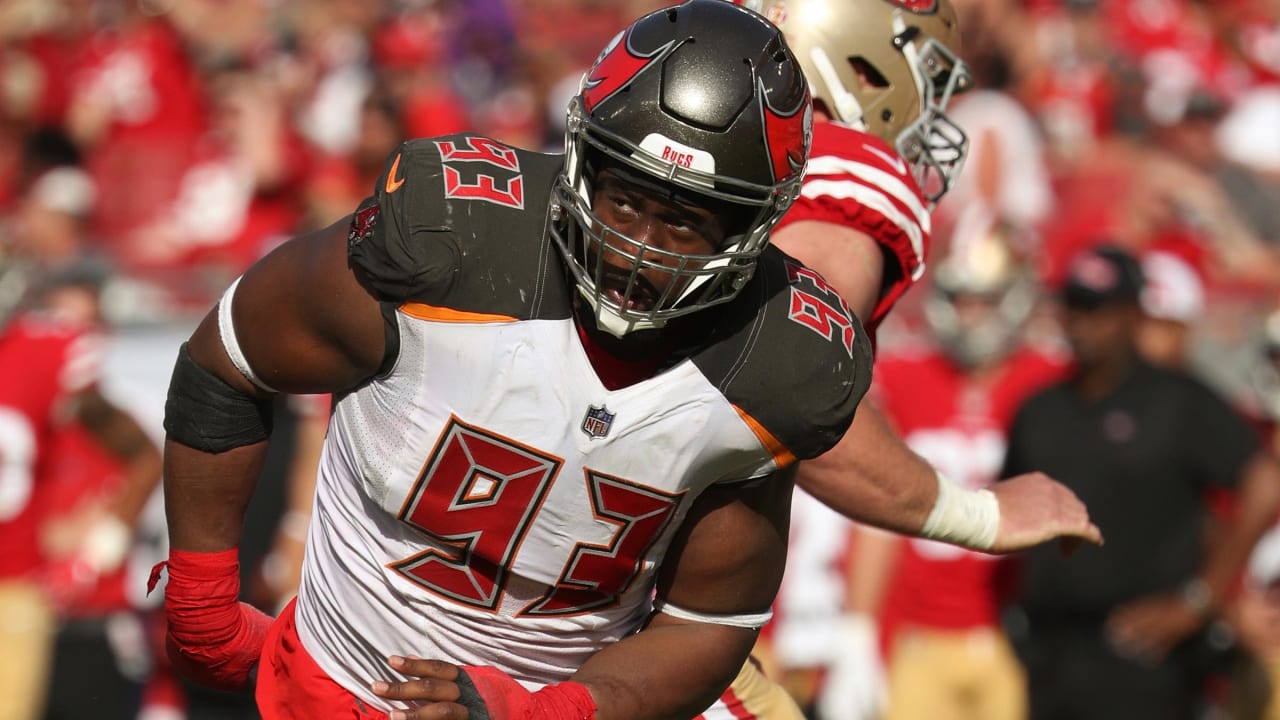 Earlier in the week, Joe Person of The Athletic revealed that defensive tackle Gerald McCoy was set to arrive in Charlotte on Thursday night to begin a visit that would extend into Friday. At first glance, the Panthers did not seem to jump out as a contender for McCoy, mainly due to salary cap restrictions. That changed on Thursday evening.

Gerald McCoy scheduled to be in Charlotte Thursday evening, visit will continue into Friday, per league source.

ESPN’s Field Yates tweeted that veteran receiver Torrey Smith had agreed to a $2 million pay cut; freeing up $2 million in cap space for Carolina. Another $7.5 million will become available on June 2 as a result of the designation of Matt Kalil as a post June 1st cut. Smith was due a non-guaranteed $5 million but will now earn $2 million as a base with another $1 million in bonuses.

McCoy is a hot commodity and has stated that he will only sign with a contender. The Pro Bowl tackle has already visited Cleveland and Baltimore; leaving both with no deal. Coming from NFC South foe Tampa Bay, McCoy would be a nice interior rush compliment to Kawann Short and Dontari Poe when in the 3-4 defensive front the Panthers are expected to employ.

With the Smith move, the Panthers would be working with roughly $18 million in cap space but still have to sign draft picks Brian Burns (1st round) and Greg Little (2nd round).