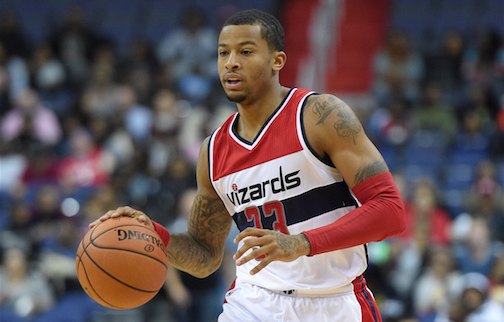 There’s an age-old saying in sports that goes, “Stay Ready.” However, it is easier said than done. Nonetheless, despite the adversities, Trey Burke did just that. When the Washington Wizards defeated the Brooklyn Nets Friday Night. Mr. Burke led all scorers with 27 points, 10-12 from the field and perfect from downtown. It was something we have not seen from Burke this season and perhaps if he stays consistent we will see more of it.

Overall, the Wizards’ bench which normally averages roughly 23 points. Collectively they had 50 points on the night shooting 62.5% from the field. The team was without their star, Bradley Beal, and someone had to step up. Burke did just that. It was as if the clock had turned back and we were watching Burke in a Michigan Wolverines jersey. It is this level of play that the Wizards needed from not only Burke but the second unit if they want to be successful.

If you had to describe Burke’s career in the NBA there’s one word that comes to mind. Roller Coaster. There were some great moments like the one we saw last night. Yet, there were some bad moments as well. Burke saw himself going from a lottery pick to “DNP” coaches decision in his final days in Salt Lake City. He never doubted himself and leaned on his family and his faith for support. Subsequently, Burke was traded to the Washington Wizards. At that time, John Wall status was unknown after his surgery and Burke was looked at to fill his shoes if need be.

That did not happen as Wall was available for the first game of the season against Atlanta. The Wizards would start the season off 0-2 and the downward spiral would begin. Despite high offense from the starting backcourt, this team just could not get on track. Especially, the second unit that couldn’t maintain a lead, or provide any help on the offensive end. However, the Wizards have won 7 of their last 10 games and it seems as though this team is getting better at the right time and that includes Burke. 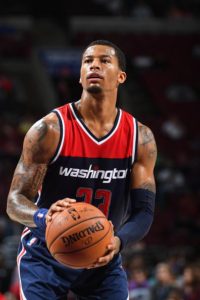 As mentioned, the Wizards were without Beal so facing a feisty Nets team would not be an “easy win.” Burke would take over this game single-handedly scoring 20 of his 27 points in the first half. At that point, Burke could not miss and the Wizards would go on and win vs Brooklyn, sweeping the three game home-stand. Burke’s performance showed that his confidence had not wavered. He spoke about that post game.

A spark he was. Now, the Wizards improve to .500 for the first time this season and they are excited, but knows there’s still a lot of work ahead of them as they head off to face Houston on Monday.

“It’s great.” (being .500) You know that you can’t get too high or too low in this league. Obviously, we are rolling right now and going into Houston and the new year. To start the new year, we need to be focused, We know that they are rolling as well and we are on the road. We gotta be ready to play and hopefully we can get a win.”

Burke has the potential and can do this on a nightly bases and honestly if the Wizards are going to be successful they need that from him. At the same time, he has to find a rhythm despite not knowing how many minutes he will play every night. That will be the short-term task for Burke as this team is turning for the better.

The Wizards will have back-to-back games vs two Texas’ teams, Houston on Monday and Dallas on Tuesday. Winning both games on the road would set the tone for the remainder of the season and the start of 2017 for this Wizards team.