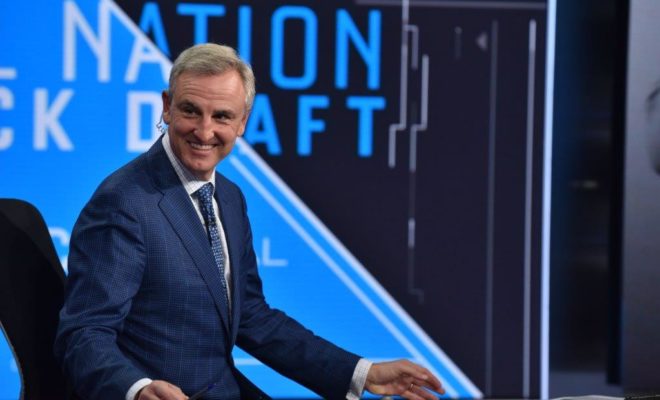 Joe Flacco has had trouble with injuries at the offensive line position, a revolving door at offensive coordinator, departures at receiver and offensive line since winning a Super Bowl in 2013. However, it hasn’t bought him much sympathy from ESPN analyst Trey Wingo.

In a thread of two tweets, Wingo explained that Flacco’s contract should bring caution to team’s that sign quarterbacks after a Super Bowl win.

1/2 The Joe Flacco contract should serve as cautionary tale. Ravens gutted team to pay him after SB 47. Have missed playoffs 3/4 years since

2/2. And since 12 TD 0 INT SB run? Joe has worst TD to INT ratio of any qualifying QB that's played multiple seasons since 2013

In 2013, Flacco signed a six-year/$120.6 million contract, which was the largest in NFL history at the time. He had just completed an 11 TD and zero interception playoff run

After signing the contract, the Ravens made decisions to not sign Paul Kruger, Ed Reed, and Dannell Ellerbe. Bernard Pollard was cut. Anquan Boldin was traded. Matt Burke and Ray Lewis retired.

This doesn’t look like a team that is hurting for cap space, at least on the defensive side of the ball. Just this offseason, Baltimore signed safety Tony Jefferson, cornerback Brandon Carr, and drafted five defenders in the draft, including four in the first three rounds. With many players returning, the

Baltimore has suffered from a number of important injuries during the course of the past four seasons. Yes they are part of the game, but they can hurt a team mightily. Former Ravens starting running back Justin Forsett (broken arm) and now-retired receiver Steve Smith Sr. (torn Achilles) were injured for a good chunk of the 2015 season. Former center Jeremy Zuttah also missed seven games. Flacco went down with his own injury in 2015 and returned to play a full season in 2016.


In Baltimore’s case, it starts up front on offense. Starter after starter has gone down on the offensive line, especially in the past two seasons. Offensive guards Marshal Yanda, Alex Lewis, and tackle Ronnie Stanley all sat out games last season. To combat the lack of depth at the position, Baltimore has drafted guard Nico Siragusa and tackle Jermaine Eluemunor.

Also left out in Wingo’s analysis of the situation is the inability to draft another productive receiver. Baltimore constantly relies on the signing of aging veterans at the receiver position like Boldin, Smith Sr. and Mike Wallace. Rarely do they ever draft a receiver with a high pick and the effectiveness of 2015 first-round Breshad Perriman is still to be determined. Torrey Smith had some good seasons in Baltimore, but he left after the 2014 season in free agency.

Due to this revolving door, the Ravens haven’t had any continuity on offense, going from a vertical system, which relies on Flacco’s arm strength and a commitment to the run to a West Coast Offense, which relies on short passes to open up longer passes and less running of the ball.

If you pair all of these things together, Flacco’s contract isn’t necessarily weighing the Ravens down. Injuries, coaching changes, free agent signings and draft decisions have hurt Baltimore in the past few years more so than his contract.