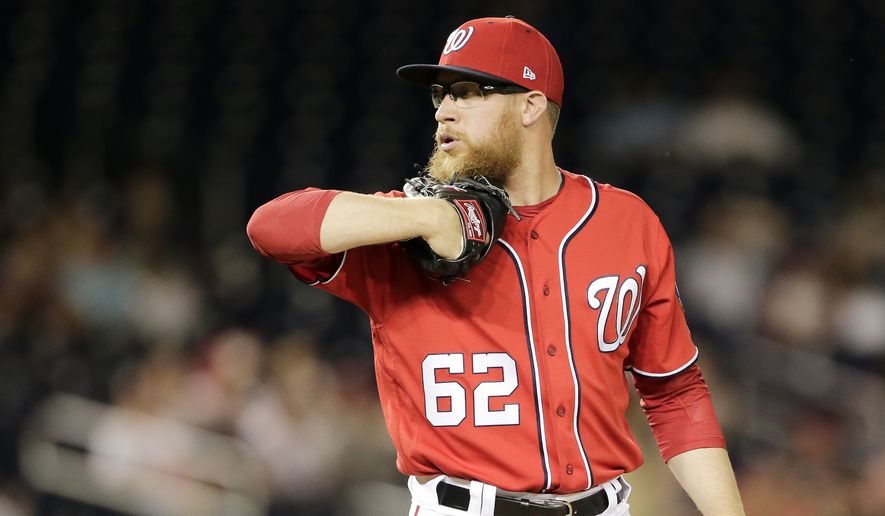 What used to be one of the Washington Nationals’ biggest question marks is now one of its strengths. As if there was any doubt, Nationals manager Dave Martinez has confirmed that Sean Doolittle will be the closer entering the 2018 season.

Doolittle and fellow reliever Ryan Madson were traded to Washington in July of last year and helped shore up the back end of the Nationals bullpen. Doolittle compiled 21 saves in 22 chances with a 2.40 ERA last season in his time in Washington and will look to ride that momentum going into the 2018 season. Doolittle’s strong season and strong start to his spring training has earned high marks from his new skipper.

“He’s got a closer mentality,” Martinez said. “I’ll tell you now he’s our closer. He’s got a good fastball. He’s got a live arm and he likes to throw it. And for me, it’s letting those guys be who they are. He knows how to get guys out.”

Doolittle said that with his role secured, he can focus more on developing a better slider to go along with his devastating fastball. Doolittle believes that his previous spring trainings in the dry Arizona air and humidity negatively affected his ability to throw certain pitches. “Now being here I can see just like in my hand, the grip feels a little bit better. I can get it to do a little more coming out of my hand,” Doolittle said.

Doolittle is in uncharted territory because this will be the first year in his now seven year career that he will be entering the season as the unequivocal closer. There’s no need to worry about him being complacent though, he’s just as hungry as ever. “Yeah, this is a disclaimer: I’m working on some things,” he said jokingly. “In past spring trainings, I’ve done a lot of work on back fields, to try to work on that stuff and take my lumps behind the scenes. But by the end of spring training, the last couple outings I tend to treat like normal games to gear up for the season. But yeah, I’m at a spot in my career where I have a chance to continue to develop, and that’s what spring training is all about.”