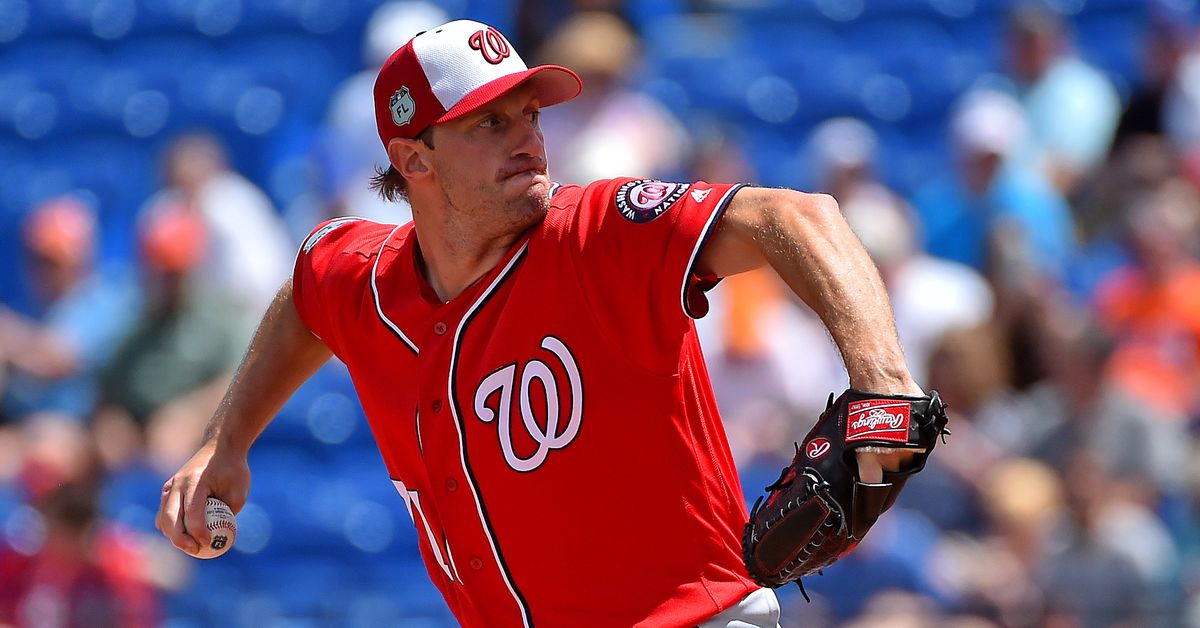 WEST PALM BEACH — There’s no better way to try and get your first win than to put your back-to-back Cy Young award winner on the hill. The first MASN broadcast of the season – full of funny interviews and the usual banter between commentator Bob Carpenter and color analyst F.P Santangelo – gave viewers the official baseball feel. Facing off against the Atlanta Braves, Max Scherzer took the hill for the Washington Nationals with nearly the entire regular season lineup behind him (no Adam Eaton, Ryan Zimmerman, or Daniel Murphy).

A 93mph fastball blowing by the opponent is how Scherzer started this one off, which is shocking to no one. He gave up a home run to the Braves’ future star Dansby Swanson and that was the only damage done in his outing. Besides that, he was his usual stellar self, taking that home run and fueling it to get the next couple of batters out. In the bottom in the first, viewers got their first taste of what the lineup could look like.

The very anxious crowd gave each of the batters a huge round of applause, but they would not get on the board in the first despite having several people on base. Scherzer ended his day in the 2nd inning with a huge strikeout, totaling 23 pitches. After some much needed contact to give them a boost, Chris Dominguez put the Nationals on the board scoring Adams and Wieters.

At the top of the 3rd, while Shawn Kelley worked efficiently on the mound, on-field reporter Dan Kolko met up with new manager Dave Martinez. Here of some of the things he had to say:

“We’ve had a fun camp so far, they’ve been working their tails off… its been positive, there’s been a lot a lot of energy which I love.”

When asked about inheriting a strong ball club and the transition from the Chicago Cubs under manager Joe Maddon/playoff familiarity he responded:

“Joe was a tremendous mentor for me and some of the clubs that we had taught me a lot and how to prepare every day and like I tell these boys today, right now, it’s all about the here and the now and when we get to that point we’ll deal with it later but just trying to win our day and it starts with today.”

A promising sign for many Nats fans was the performance by switch-hitting catcher Matt Wieters. In two at-bats he produced 2 hits (a home run in the 4th) and 2 RBI’s. Now it is very early in the season but based off of his play last year, today was a sight for sore eyes. He lost a lot of weight and is in the best shape of his life, which is a positive for the bottom of the lineup. His development, if it stays on an incline, will be one of the best stories on this season.

Nationals put up five runs in the 6th inning and ended the game scoring nine runs on twelve hits. Their pitching was good and their bats were even better. Their next game is tomorrow (2/26) as they face off against the Braves again at their spring training facility (1pm ET/10am PT).