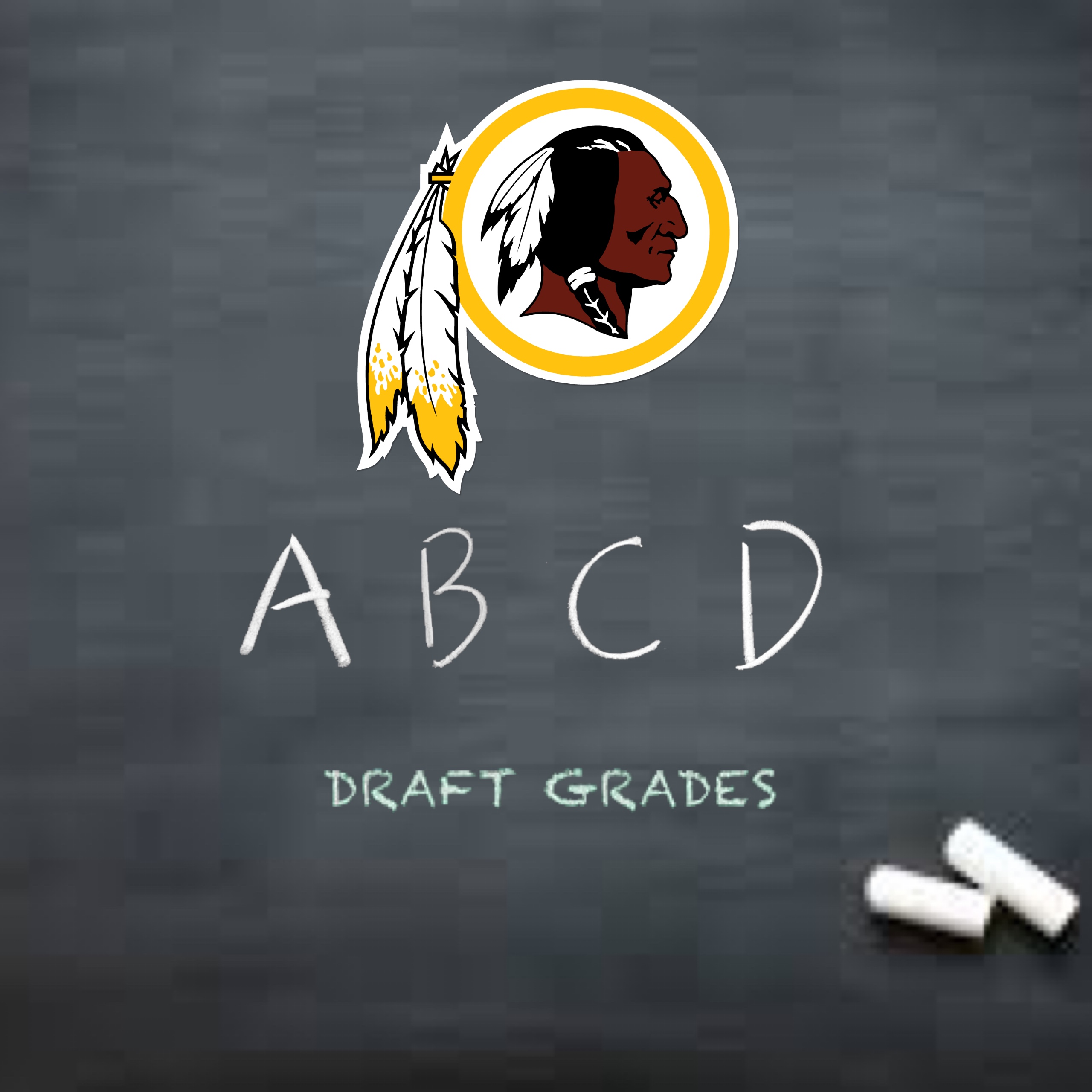 The 2017 NFL Draft is in the rear view mirror as many teams were able to better themselves for the future. One team that was able to nail the draft not only on needs, but talent as well, was the Washington Redskins. Let’s take a look at how their draft class grades out. 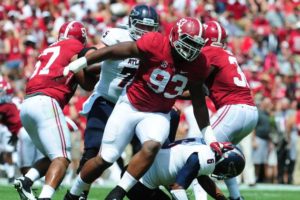 Christmas came early for the Redskins as a top 10 prospect fell in their laps in the first round. Jonathan Allen was a highly touted player after the college football season ended in January. He was a prospect many draft analysts believed would go as high as third overall to the Chicago Bears. As always, a player with high regards falls every year in the draft, and Allen was that guy. Sitting there at 17th overall, Washington quickly pounced on the versatile Allen as he did at Alabama his whole career.

Allen was the glue that held the Crimson Tide defensive line together. In his Junior and Senior year, “The Hulk” a name given to Allen in high school, was able to total 22.5 sacks and 30.5 tackles for loss. He showed a lot of teams in the NFL that he could be a playmaker against the run and pass.

The versatility that he brings to the Redskins is something they have been missing for a while. Allen can line up anywhere on the line, and will be able to create mismatches against opposing offensive lineman. A team that needed to force pressure by way of the defensive line, Washington hit this pick out of the park. 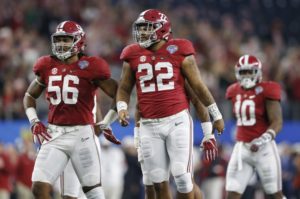 Washington doubled down on defensive players from Alabama when the second round started. Needing help on the edge because of Junior Galette’s injury history, the Redskins selected the ferocious Ryan Anderson.

At Alabama, Anderson was able to be a main staple for that championship defense. Like his teammate that as taken a round ahead of him, Anderson was able to contribute against the run and pass. He ended his career for the Crimson Tide with 19 sacks, 39.5 tackles for loss, six forced fumbles, and six fumble recoveries.

This acquisition should take a lot of pressure off Ryan Kerrigan and the secondary for Washington. 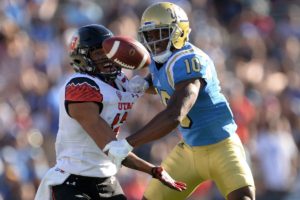 The draft selection of Fabian Moreau was not only good from a needs persepective, but a value aspect as well. Heading into the draft, many believed Moreau was a late first, early second round pick. He ended up falling to Washington in the middle of the third round.

It was no secret that Washington struggled against the pass last season. In 2016, the Redskins ranked 25th in the league in passing defense. To look a little further at the Redskins woes against opposing QBs, they were the fourth worst in completion percentage allowing QBs to complete 65.7% of their passes. Josh Norman couldn’t do it all and Washington knew that.

Adding Fabian Moreau to this secondary can only make them better. A five year player at UCLA, Moreau showed that he is a pure tackler in open field, and can get his hand on the ball to breakup passes. Not known as a guy that can force turnovers, Moreau has the ability to move to safety if called upon. His versatility will allow the Redskins to scheme against opposing offenses to create the best matchup. 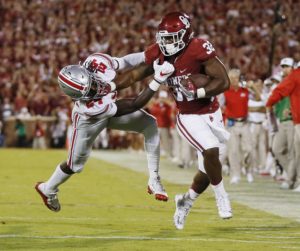 Speaking of value, the selection of this bruising RB from Oklahoma is the definition of that. Perine wasn’t talked about much during the lead up of this years draft. A lot of that had to do with his teammate while playing with the Sooners, Joe Mixon. Under the radar is exactly what allowed Perine to fall to Washington in Round 4.

While at Oklahoma, Perine totaled over 4,100 yards rushing and 51 touchdowns in just three seasons. Sharing the backfield with Mixon is what saw his numbers drop off his junior year. Even while sharing the load, Perine was able to rush for over 1,000 yards each season for the Sooners.

Washington wasn’t able to find much success in the running game last season. In fact, the Redskins ranked 21st in rushing offense in 2016. Adding Perine to this explosive offense could bring the corps around. 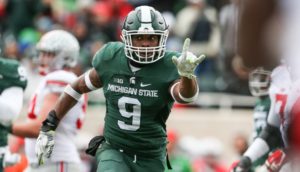 If you couldn’t tell by the selections made early on in this years draft, Washington’s game plan was to focus on building their defense. Each level of the Redskins defense needed an upgrade, and the selection of Montae Nicholson helps out tremendously.

At Michigan State, Nicholson totaled 200 tackles and made some plays that put the offense in good field position. His height and speed makes him a threat to opposing QBs.

Deangelo Hall was moved to safety a year ago, but injuries kept him sidelined for most of 2016. Nicholson should be able to compete for a starting spot in 2017. 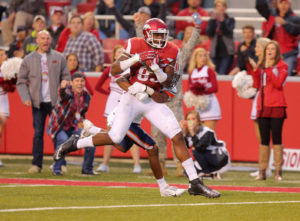 The Tight End position is locked up by Jordan Reed, but as the New England Patriots have shown us in the past, a double TE set can be one of the best offenses. This pick is surely for insurance as well since Reed has garnered an injury history the past few seasons.

Underutilized at Arkansas, Sprinkle was able to combine for 10 touchdowns his Junior and Senior year. A very gifted blocker as well, Sprinkle will be able to help the Redskins running game in hopes of reviving it. 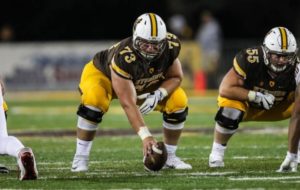 The Redskins have been upgrading their offensive line since they selected LT, Trent Williams in the 2010 NFL Draft. Since then, Washington has also added RG, Brandon Scherff to help solidify the line. The one position they’ve struggled to get consistent play from is Center.

Enter Chase Roullier. A massive player that was able to anchor the offensive line at Wyoming. Moved from Guard to Center his Senior year for the Cowboys, Roullier earned First-Team All Conference accolades. As many of their picks have been, Roullier brings versatility that allows him to play either Center or Guard. 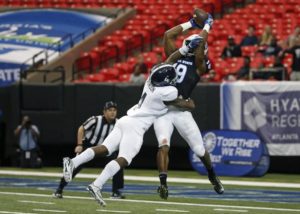 Desean Jackson and Pierre Garçon jumped ship this offseason and ended up on new teams. While Washington was able to add Terrelle Pryor via free agency, they still need insurance for their WR corps. Josh Doctson, Washington’s first round pick last season, missed all of 2016 to injury. Davis has the same size and leaping ability as Doctson.

At Georgia State, Davis combined for over 1,900 yards his last two seasons to go along with 11 touchdowns. He will be a Red Zone threat in some packages, but with a good training camp and preseason, Davis can push guys like Crowder and Doctson for snaps. 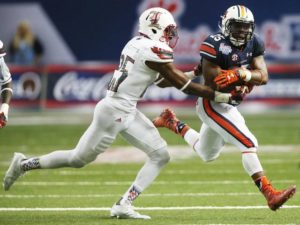 At Louisville, Harvey-Clemons played at the Safety position, but now in the NFL courtesy of the Washington Redskins, he will play LB. Almost like Su’a Cravens, Washingtons second round pick in last years draft, Harvey-Clemons will be a prototypical hybrid safety.

Playing for the Cardinals, Harvey-Clemons was able to amass 225 tackles. A lot of his playmaking ability was due to the fact he was able to play at or near the line of scrimmage.

The Safety turned LB will have to put some more muscle on his frame, but his versatility will once again help the Redskins maximize each and every matchup they can on defense. 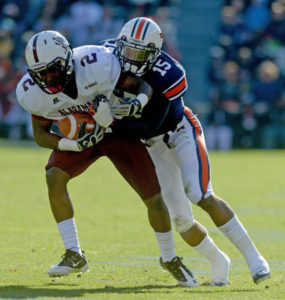 More insurance in the secondary was added with the selection of Joshua Holsey. A player with some injury history, Holsey will be a prime candidate for special teams early on in his career. A four year starter at Auburn , Holsey has a lot of experience against WRs like Amari Cooper, Adarius Stewart, etc. Holsey may find time on the field in Dime packages.

Overall, the Redskins receive an A- as their draft grade. The powers that be were able to not only fill needs, but add talent that could propel them in the future.