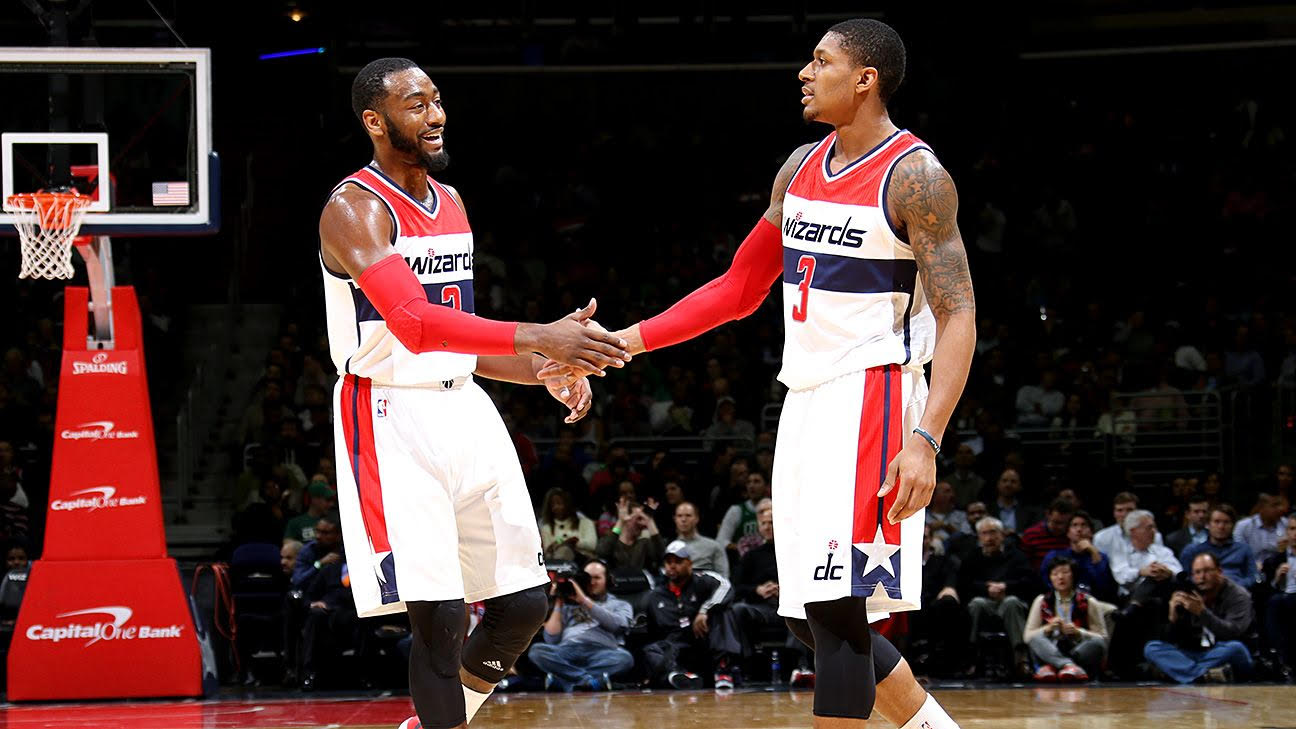 Historic, unique, and in a league of its own, Washington D.C is the most powerful city in the world. The people of this city are very passionate about their sports teams. Baseball fans are quite optimistic for the Nationals, as they hope to build on the success from last season. Currently, the Washington Capitals have the best record in the Metropolitan Division standings and also went undefeated at home in January. The love and enthusiasm for HTTR is unprecedented. It’s time for people in The District to show love to the Washington Wizards– as they’ve earned that this season.

Why Show Love to the Wizards?

Wizards have won 16 consecutive games at home making it the second-longest winning streak in franchise history, according to the Wizards’ PR department. In addition to that, they’ve won 23 of their last 32 games dating back to December 2nd. It’s worth mentioning they are 21-6 on the season at home, the third-best home record in the NBA behind only Cleveland and Golden State.

With the recent success of this team, there are accolades that follow.  Head Coach Scott Brooks won Eastern Conference Coach of the Month in January. John Wall is now an All-Star again. Otto Porter Jr is definitely in the conversation for Most Improve Player as he’s having the best season of his career. Bradley Beal continues to work his way out of his shooting slump and knocking down his shots again. Also, Kelly Oubre is improving steadily showing why his defensive keeps him on the court and why his offense makes his dangerous.

These reasons alone should make fans across the DMV come downtown to watch the Wizards and support this team. Granted, it’s the middle of the winter and fans usually, don’t want to go through the hassle of commuting downtown to see a losing team. However, this team is far from that. The season started off rough, but since December they’ve made a complete turnaround.

When the Wizards hosted the Los Angeles Lakers just the other day many players commented on the overwhelming support for the opponent. Some mentioned it felt like a road game. This behavior from the fan-base is unacceptable because the Wizards have earned the respect to feel like they are playing on their home court. Yes, the Lakers organization is a historic franchise. At the same time, there’s no Kobe Bryant, Shaquille O’Neal, or Magic Johnson coming through that door. A 17-36 team, with players who might become star one day in the future, doesn’t deserve a vast amount of support when playing vs the Wizards at home.

The same can be said about future opponents later this month. The Wizards will host Cleveland, Oklahoma City and the Golden State Warriors before March. The crowd should be their “12th man” and not root for the opposition. Washington D.C is very diverse, but it’s doubtful that a huge segment of the population is from any of the aforementioned cities. So, why is the crowd supporting them?

There isn’t anything wrong with being excited about seeing superstars such as Kevin Durant or Lebron James playing at the Verizon Center. Those players come to Washington only once a season. However, the Wizards are playing great basketball and are arguably the second best team in the East. Especially, if they continue to play this way. Under no circumstances should the Wizards feel like they are on the road at home when they are doing so well this season, which is the point being made.

There are many mid-size cities in America that do not have basketball franchises. People in places like Seattle which they could watch elite talent like John Wall and Bradley Beal, but they can’t. This team has the potential to be very competitive in the playoffs. Honestly, on their best night, this back-court can compete with the best of them. People in The District, and throughout the DMV should appreciate this team and the product. Washington is fortunate to have a good team that’s turning into something great. You don’t have to travel far to see bad basketball. Just take a trip to New York on the Amtrak, or take a flight to Chicago and enjoy the dysfunction there. Luckily, Washington doesn’t have these problems and if they stay on course they won’t encounter them down the road either.