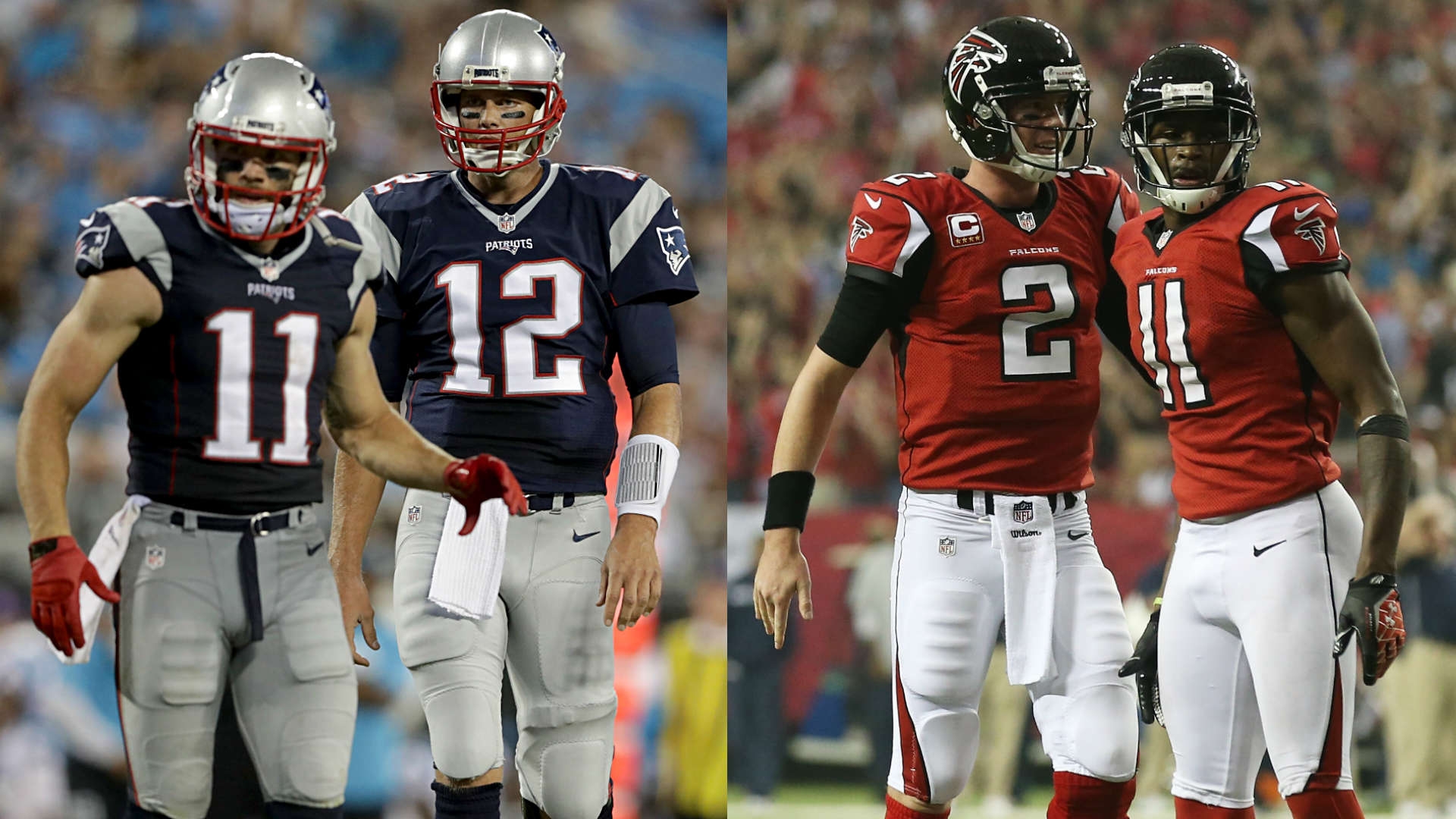 There is supposed to be a football game on Sunday. I think it’s between some birds from down south and a bunch of patriotic figures from the Boston area.

All jokes aside, a pair of interesting styles will commence in Houston, Texas with everything at stake. For quarterback Tom Brady and the New England Patriots, it’s a familiar setting. Brady, along with head coach Bill Belichick, are making their seventh Super Bowl appearance. In the case of the Atlanta Falcons, this is the team’s first Super Bowl appearance since 1999. While the Falcons have the numbers and arguably the better talent, the Patriots have the championship pedigree. So who will prevail? Let’s breakdown the showdown on Championship Sunday.

What To Know About New England

Some call him The Greatest Quarterback of All Time. To many, he is simply know as Brady. At 39 years of age, Brady is still as lethal as ever and capable of winning this game on his own. Two weeks ago against Pittsburgh, Brady was able to pick apart the Steelers defense to the tune of 384 passing yards and three touchdowns. His superior performance played a major part as the Patriots were en route to their second AFC championship in three seasons. That same backfield has a trio of running backs that New England deploys at any given time. Veteran LeGarrette Blount leads the way in rushing yards this postseason with 78. His bruising style fits well with the offense as halfback Dion Lewis provides a quicker pace.

During the regular season, running back James White hauled in 60 catches and five touchdowns. The team has been without star tight end Rob Gronkowski since week 10, which was a major blow at the time. Yet, Brady still has his trusty slot receiver in Julian Edelman, who leads the team in postseason catches with 16. The offense has another solid weapon in Chris Hogan, who leads the team in receiving yards with 275 and touchdowns with two.

Year in and year out, Belichick fields a no-name defense that is savvy enough to win games. This season is no exception. So far this postseason, the Patriots defense has held offenses to 12-of-31 on third down conversions and have allowed only three touchdowns. Linebacker Donta’ Hightower is a good reason why. The veteran starting middle linebacker is third on the team in postseason tackles with 11. The secondary has played very well also thanks to corners Malcolm Butler and Logan Ryan. Both have an interception this postseason along with free safety Devin McCourty.

What To Know About Atlanta

If you want to disregard the numbers posted by the Falcons offense, be my guest. However, the fact that they have averaged 33.8 points per game in the regular season was quite impressive. When you see that they have averaged 40 PPG this postseason, it’s even more impressive. Quarterback Matt Ryan has not let up after an MVP-like regular season and has thrown for 730 yards and seven scores this postseason.

The weaponry for the Falcons is deep. It starts with All-Pro receiver Julio Jones but it does not stop there. Jones has a notable postseason stat line of 15 catches, 247 yards, and two touchdowns. Receivers Mohamed Sanu and Taylor Gabriel compliment Jones and benefits off the extra attention given to him also. A duo at running back for Atlanta may be the best in the league. Devonta Freeman and Tevin Coleman are very good in the run game as well as their receiving skill also. The two has 352 yards from scrimmage and four total TDs this postseason.

The defense has a nice amount of young faces that will be new to all of these bright lights. On the other hand, it has been rookies that has truly given the unit a boost. Middle linebacker Deion Jones has 13 tackles and an interception this postseason. He also has the speed at the position that is rare around the league. Safety Keanu Neal is what you will call a “thumper” and leads the team with 17 postseason tackles. Edge rusher Vic Beasley Jr. also has game-changing ability as he led the league in sacks with 15.5 during the regular season. If there is one player who knows Brady inside and out, it’s wily veteran Dwight Freeney. His presence may not present much on the stat sheet but his voice is what this young defense needs.

It’s not only the quarterbacks that are heavily focused on but the two defensive minds at head coach also deserves attention. Belichick is known for his knowledge on the game itself and Falcons coach Dan Quinn has built a favorable reputation around the NFL also.

Both teams have their specific style and both have shown ways to beat you in various manners. So where it all comes to down to is who can make the timely adjustments. New England will try to slow down the fast paced Falcons offense but that may be easier said than done. Especially with Atlanta using formations in which they line up their running backs in the slot to exploit mismatches at linebacker. In this game, they will have those mismatches. As good as Hightower and linebacker Rob Ninkovich has looked at times, they may not be capable of keeping up with Atlanta’s RBs, who are underrated route runners.

If Atlanta is to have any chance here, they can not allow Brady to be comfortable. Yes he’s great but he’s also quite vulnerable with defenders knocking him around.

If New England is to hoist the championship trophy, getting their hands on the ball on defense will be vital. Going against a Falcons offense that has turned the ball over only 11 times in the regular season, the importance is there.

You can expect Brady to be zoned in. The flashbacks of the “Deflategate” debacle are still fresh. He may be as focused as ever.

However, this Falcons bunch is battle tested. They’ve beaten Green Bay twice, knocked off Denver in Denver, beaten Seattle, and earned a key road win over Oakland . The young defense has also found ways to knock Super Bowl winning QBs Russell Wilson and Aaron Rodgers off their game. The same may occur here. They have given up some plays this year but they have also made some. It’s interesting to see that they have also learned how to make the game-turning plays.

Ultimately, Ryan and the Falcons offense will prove to be too much for a Patriots defense for four quarters. A speedy Falcons defense stands tall against an elite QB just enough by getting after Brady and causing a key turnover or two.