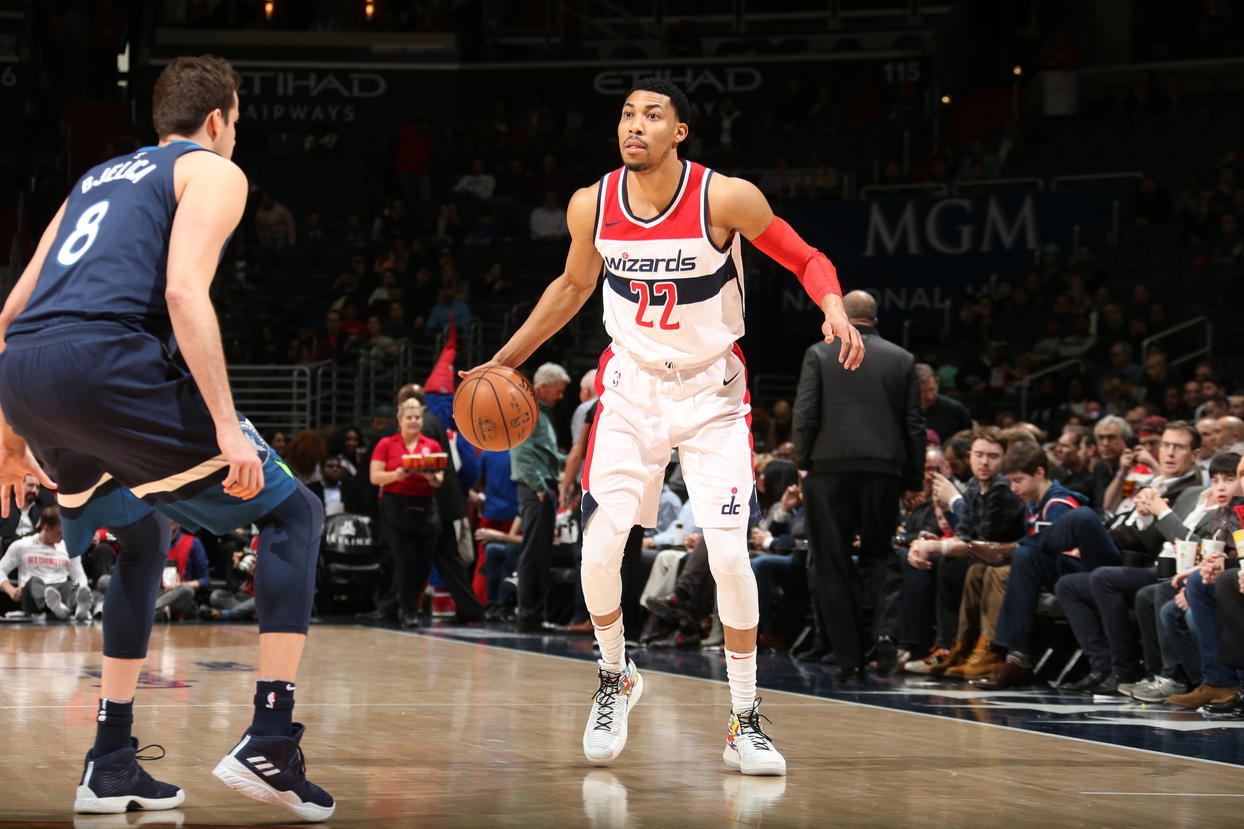 WASHINGTON- Well, if I could get a dollar every time Coach Brooks addressed his team’s inability to defend the paint, let’s just say that I would be the first female African American minority owner of a NBA team.

Last night in a 116-111 loss to the Minnesota Timberwolves, the Washington Wizards once again struggled to defend the Wolves giving up 64 points in the paint. This has been a point of emphasis for this Wizards team who have given up an average of 64 points in the paint in their previous four matchups. Tonight they face the Boston Celtics on the road who average 39 points in the paint per game which means another tough assignment for the Wizards.

Despite their defensive struggles, Markieff Morris led the Wizards in scoring with a season high of 27 points. But according to Coach Brooks ,”we’ve got to get stops and we’ve got to stop worrying about scoring.”

When asked if he could pinpoint what’s happening to the Wizards’ defense, Markieff Morris said, “I can’t honestly. We are just a step behind. We have to limit our paint points the last couple of games. Teams have been scoring above 50 points a game in the paint on us and that’s not us. We have to clear that up.”

It isn’t over until it’s over. Well after April 11th that is.

The Wizards still have the ability to finish in the lower tier of the top eight seeds in the Eastern Conference. Right now they are placed in the fifth seed behind the (39-28) Cleveland Cavaliers. The Toronto Raptors and Boston Celtics are a lock to protect homecourt advantage in the playoffs but it could still be a possibility for the Wizards to creep in at the fourth seed.

The great news is that John Wall joined the Wizards’ starters for the first time on Monday for five on zero drills. There still isn’t a timetable on his return but the more John is putting pressure on that left knee the better for this Wizards team who are in need of the 2015 NBA All-Defensive Second Team member.

Diamonds are certainly built under pressure and the Wizards have a 14 game schedule remaining where more playoff contending teams await.  Every game counts from here on out.