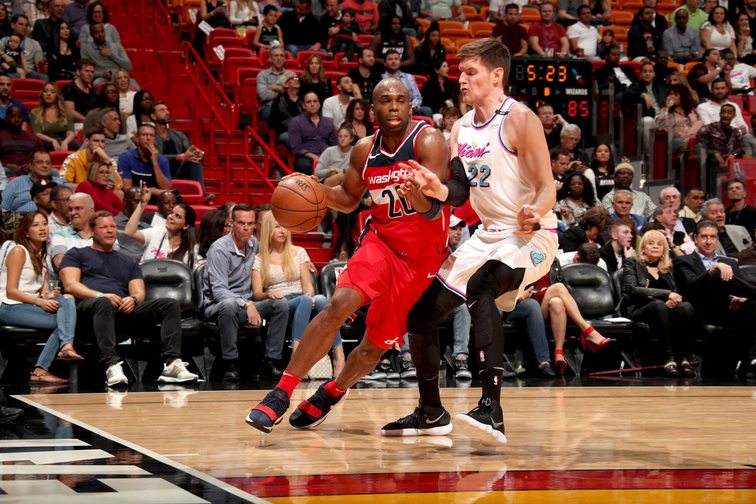 In the second game of a back to back, the Washington Wizards took on the Miami Heat who played without their big man Hassan Whiteside.

MIAMI — The Wizards were looking to get their second win on this short 2 game road trip.

Washington started this game off slow only scoring 2 baskets in the first 5:25 of the game. This allowed Miami to jump out to a 10-point advantage early on in the game. The Heat took complete control of this game from start to finish, never even allowing the Wizards to tie the game once the first basket fell.

The Wizards gave up 76 points in the paint and the defense was clearly a huge problem for the entire game. “I’m surprised they didn’t end up with 100 points in the paint.” Scott Brooks said after the game. The Heat shot over 60% in the first half and 59% for the game. Eight Miami players shot over 55% from the field which shows how bad the defense was for Washington. The starter shot 77% for Miami. With Beal on the floor, the Wizards were outscored by 26 points.

The Heat went on 24-8 run early in the 3rd quarter that completely blew the game open. “We got embarrassed tonight,” Ian Mahinmi said following the loss. This road trip was a rough one, but to come out with only one loss versus two playoff teams is good.

With just 15 games to go, the Wizards will absolutely need to play well going forward. With this loss, the Wizards drop to 5th in the Eastern Conference, 0.5 games behind the Indiana Pacers. If their records end up the same, the Wizards do hold the tiebreaker. The Wizards play Tuesday against the Minnesota Timberwolves back at home.