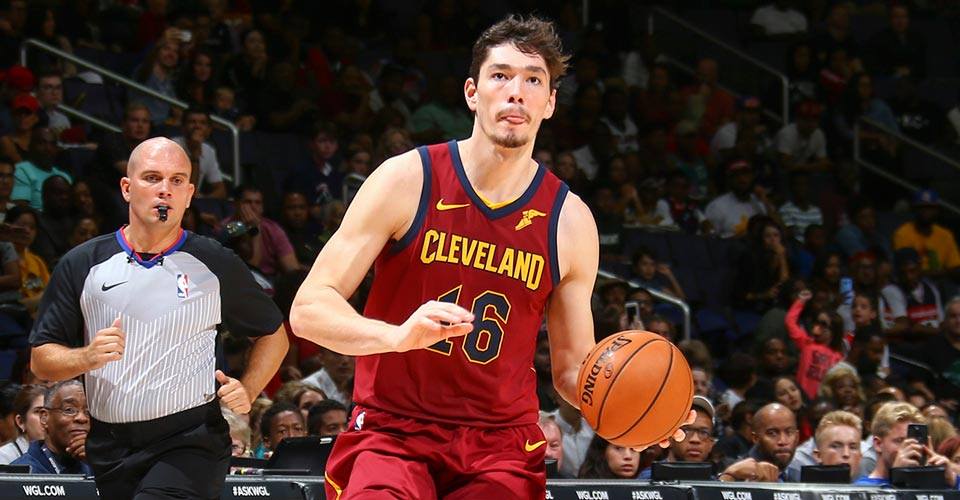 Cedi Osman was born in Macedonia to a Turkish father and Bosnian mother and was initially discovered by Turkish scouts of FIBA Euroleague team Efes Pilsen in Sarajevo aged 13 before being brought back to Istanbul, Turkey to become a naturalized Turkish citizen.

FOX Sports 96.9 FM/1340 AM’s Dean Perretta caught up with Cleveland Cavaliers and Turkey star Cedi Osman to discuss the Turkish basketball standouts life in the NBA thus far, the luxury and experience of playing alongside one of the greatest basketball players in history in LeBron James, Turkey’s ambition for FIBA World Cup glory next year and much more in an exclusive interview which delivers a fast break slam dunk.

Perretta: First and foremost Cedi, in your opinion how has the transition been for you in your rookie year in the NBA?

Osman: From the first day I touched the ball, being an NBA player was my dream. I worked so hard to be here and I was mentally prepared to be at this level. So to be honest, the transition period has not been very difficult for me. At the beginning, I just focused on staying in shape and keep myself ready to the moment that the coach would need me. I tried to make the most of any single minute I got and help the team by increasing the energy level from the bench. Now I get a rhythm and enjoy it a lot. I still have a long way to go and I feel so excited about my journey.

Perretta: What have you learned most as a player under the guidance of Cleveland Cavaliers Head Coach Tyronn Lue?

Osman: I think, in your rookie year, the most important thing is to feel that your coach trusts you. He (Tyronn Lue) makes me feel that very much. I know that as far as I play hard, he doesn’t care whether I’m making or missing shots. He boosts my self confidence and lets me enjoy the game. Because of him, I’m not afraid to make mistakes.

Perretta: Having won various accolades in Turkey, what are your biggest goals in your NBA career other than winning an NBA World Championship?

Osman: I know that I’m representing my country here and feeling that millions of people are backing me up and get up in the middle of the night just to watch my games is something so special but also gives you a huge responsibility. For now, I want to make them proud and enjoy my game. I also want to contribute to our national team with the experience that I’m gaining here. And in the long run, my goal is to build a legacy that would encourage young Turkish players to follow a similar path.

Perretta: How has your overall experience been thus far playing alongside LeBron James?

Osman: You know what, our relation started with a heart-stopping experience for me. You know, during a scrimmage, he (LeBron James) ended up landing on my foot and sprained his ankle. Thanks God, he ended up recovering well otherwise I don’t know what would happen. Joking apart, I’m so glad that I’m playing alongside this all-time-great player that I can look up to and learn many things from. He supported me from the very first day and inspires me a lot with his dedication and hard work. I feel blessed by the opportunity to be in his chest-bump range.

Osman: I think we’ve already proved that our team has a strong fighting spirit and spectacular fans. The philosophy of our team has always been to fight until the last ball, regardless of the team we are playing against. For sure, we have great players and also existing ones on the new generation but I believe success in such tournaments like World Cup mostly depends on the teamwork, be able to act together on both offense and defense.