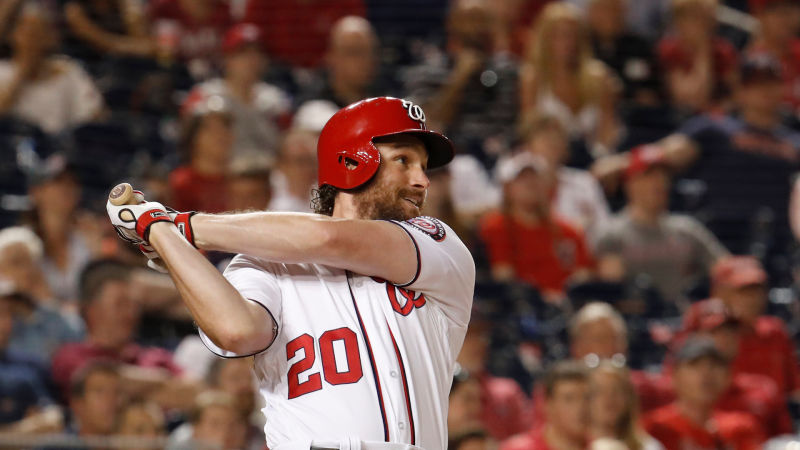 Daniel Murphy’s attitude is prime and prepped for Opening Day, but his body may need a little more time. A bit of dreary news coming out of the sunny West Palm Beach for Nationals fans, Murphy may not be in the starting lineup come Opening Day.

According to reports coming out of the Nats training facility, he is not working with the rest of the starters but instead on his own as he continues to rehab his right knee.

After last season, on Oct. 20, Murphy underwent microfracture surgery on his right knee and his rehab seems to be right on schedule. The timetable for his return was set at 4-6 months which means anywhere between Tuesday and April 20. Realistically, considering he still hasn’t practiced with the team or picked up a bat, the six-month date is more feasible.

“I’m generally optimistic that when they put me in the lineup, I won’t come out.”

This is the response Murphy gives the media regarding his status for return. Manager Dave Martinez as well as General Manager Mike Rizzo have stated that he is simply on track to be ready for Opening Day.

In the meantime, Murphy dreams about at-bats and seeks solace from a National League rival. Justin Turner of the Los Angeles Dodgers had the surgery two years ago and sheds words of encouragement for his old friend. Turner was in the starting lineup when the Dodgers took the field, followed by a breakout season, and says Murphy is right on track. News he could only hope for.

Chomping at the bit to get back into the swing of things for more than just another spectacular season; Murphy has next winter on his mind. Set to be a free agent at the end of the 2018 regular season, he knows he must make a big impression on potential suitors starting whenever he steps foot on the field. Something that most likely won’t be an issue for him considering he’s been crushing balls since 2015 as a New York Met with hitting coach Kevin Long, who is now filling in that role for the Washington Nationals.

With the seasoned and reliable veteran in Howie Kendrick assuming Murphy’s role as the second baseman, he has all the time he needs to get 100% healthy and fit seamlessly into the middle of the lineup. Taking ground balls, playing catch, and light treadmill work – along with his dreams of standing 60ft away from an opponent – will have to suffice until his knee is baseball ready.