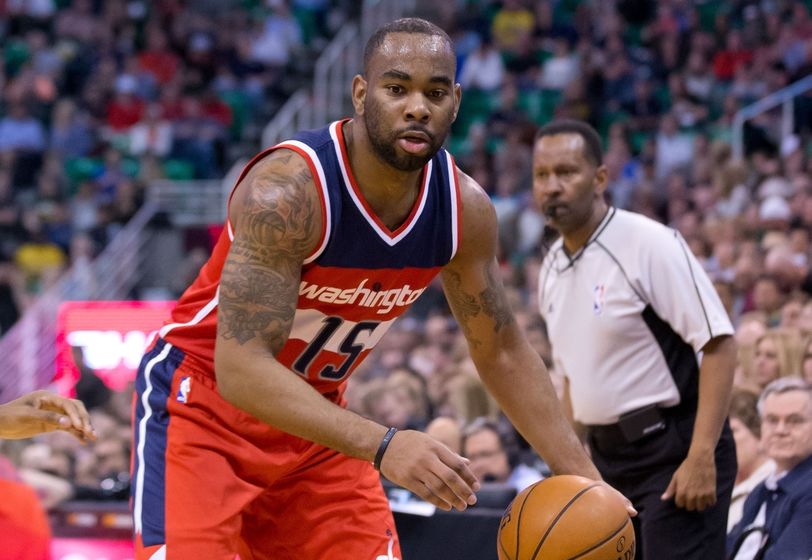 The Washington Wizards’ bench have been the cause for concern first six games. A common theme of losing big leads, terrible shooting, and a slew of turnovers can be directly tied to their five losses.

In last night’s 118-93 win against the Boston Celtics, the reserves finally showed signs of life scoring 44 points, grabbing 18 rebounds, and dishing out 14 assists while shooting 44.1 percent from the field.

Trey Burke and Marcus Thornton have been the most criticized bench players thus far. Burke’s inability to take control of the offense and Thornton’s spastic, trigger happy shooting quickly put the Wizards behind the eight ball in the majority of games this season.

Last night showed how effective this team can be if those two are playing efficiently. Burke and Thornton combined for 34 points. Burke did his work quickly in just 17 minutes. Thornton led the team in minutes off the bench (17 per game) and did so again last night with 34.

Is this type of play sustainable? Most likely not. Remember, this is the only game where the bench rotation looked even somewhat competent offensively. It is certainly a great sign and the performance will do wonders for confidence, but if the Wizards had to rely on this type of production each night, they’d be highly disappointed.

In the NBA, any team will take a win any time they have the chance. The Celtics were missing Al Horford and Jae Crowder last night, two of their starters and cornerstone players. Otto Porter recorded a career-high 34 points and pulled down 14 rebounds as he continues to put together a very solid season.This win doesn’t erase the struggles they’ve suffered so far in this early season. The Cleveland Cavaliers come to town tomorrow night and then the Wizards travel to Chicago to face the Bulls for a Saturday evening matchup. John Wall will continue to be held out of the second game of back-to-backs. What isn’t clear at this point is whether or not he’ll be suspended after getting ejected last night for his flagrant two

The Cleveland Cavaliers come to town tomorrow night. The Wizards will then travel to Chicago to face the Bulls for a Saturday evening matchup. John Wall will continue to be held out of the second game of back-to-backs. What isn’t clear at this point is whether or not he’ll be suspended after getting ejected last night for his flagrant two foul on Boston’s Marcus Smart. It was Wall’s second straight ejection, so the NBA may take action not only because of the foul, but for the fact that Wall was ejected in a game before as well.

The Wizards hope for another strong performance at the Verizon Center tomorrow night, but many dominos need to fall in their favor. Wall would have to play, the bench will need to be a clone of what they were against Boston, and their defense must continue to improve.