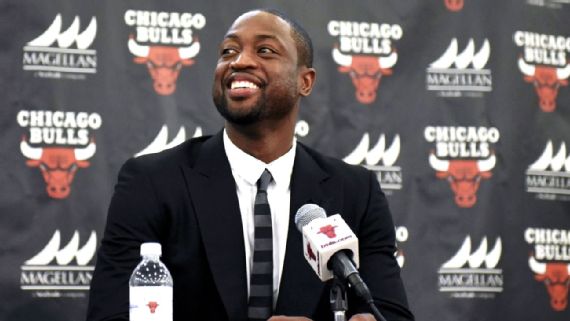 Will we see vintage Dwyane “Flash” Wade tonight? Wade makes his anticipated return to South Beach tonight. After over 850 career games playing in a Miami Heat uniform, it will be interesting to see him in a different color red jersey.

Let’s look at Wade’s accomplishments while playing in a Heat Jersey:

As we know Wade left Miami this past summer for his hometown Chicago Bulls. He accepted a two-year 47.5 million deal.

Wade’s career in Miami can be summed up in word “sacrifice”. Over the years in Miami time after time, he sacrificed in both money and control. An example of this is when LeBron James and Chris Bosh decided to bring their talents to Miami.

In 2006, himself and Shaquille O’Neal led the Heat to their first title in NBA history. Wade as we know, put on one of the most fascinating individual performances in NBA Finals history. He averaged  34.7 Points, 7.8 rebounds, and 2.7 steals in that finals series against the Dallas Mavericks. 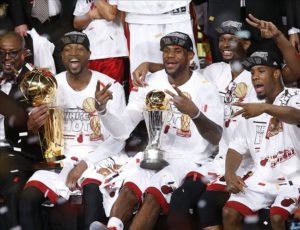 Wade is one of those players that you always cherish. Reason why is because he’s loyal, he’ll take one for the team over and over again and will not complain while doing so. For instance, he was the mastermind behind bringing LeBron James and Chris Bosh to Miami. In order for the plan to work, he would have to share the label of being the go-to guy. In doing so he also endured several pay cuts, not only during this time but throughout his career. From day one of recruiting Bosh and James, these were the things necessary to making the heat dynasty a success. 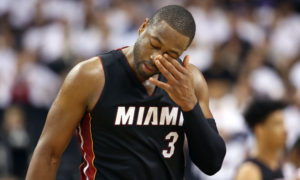 The Heat, during the game’s first timeout, are expected to play a video montage of Wade’s highlights during his career in Miami.

“I’ll definitely be appreciative of that moment,” Wade said. “It will be cool to see the love and support and people being thankful for what I did. Unless you are just cold-blooded, you are going to feel something.

When Wade left this past summer, fans were shocked. A guy like Wade should have finished his career just like Kobe Bryant. However, it didn’t work out that way due to money. He deserved to be paid for all the sacrificing he did over the years for the Heat franchise.

I’ll be looking forward to seeing Wade putting on a show.