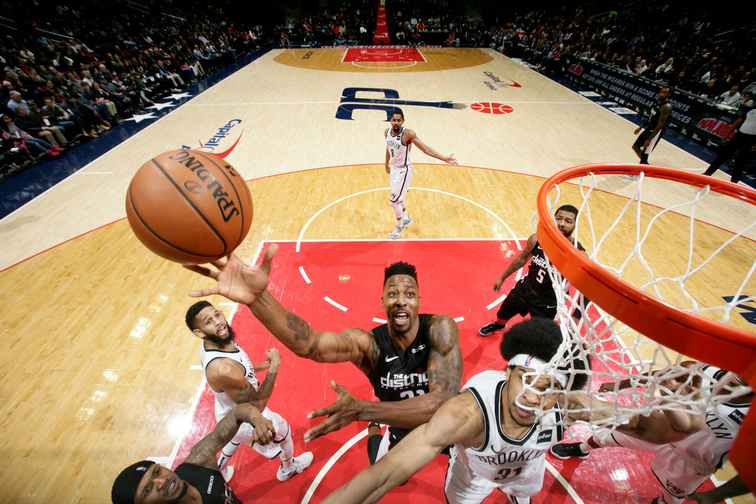 WASHINGTON- I guess a four-game winning streak was too much to ask for from the team representing the nation’s capital. And just when things started to look good for the Washington Wizards, they reverted back to their old ways in a 115-104 loss to the Brooklyn Nets.

The D’Angelo Russell versus John Wall matchup was the one to look out for last night. Russell, the third year player out of Ohio State, came into the game averaging 16 points per game and 5 assists in comparison to veteran Wall who averaged 20 points per game and 8 assists.

This matchup was a depiction of age over experience and Russell came out on top finishing the game with 23 points, 6 assists, and 3 rebounds.  On Washington’s side, Wall finished off with 16 points and 7 assists but Dwight Howard led the team in scoring with 25 points and 17 rebounds.

Friday night’s performance by the Wizards proved yet again the inability of this team to execute the fundamentals and make better shot selections. Last night, marked a season-low in 3 point makes and attempts for the Wizards, shooting 3-18 (16.7%) beyond the arc. Coming into the season, Coach Brooks said that he wanted his team to take better shots, less midrange, and more depth shooting. I’m sure 16.7% weren’t the results he wanted to yield.

Dinwiddie and Russell both combined for 48 points to help snap the Wizards ‘ three-game winning streak and hopes of pushing that to four.

While Howard had a good game for the Wizards, foul trouble limited his play in the second half finishing off with 6 fouls.

“We didn’t do a good job of driving, kicking, making the extra pass, and the like. [D’Angelo] Russell is very crafty. He’s really good at finding guys and drawing fouls, but also making it hard to read what he’s going to do with the ball,” said Howard. “It’s just about communication on defense and continuing to talk and learn from one another. We can’t get down because we’re in a little hole right now. We have to stay positive and continue to work as hard as we can and things are going to turn around for us.”

Positivity will need to stay at the front of this Wizards group as they get ready for the Portland Trailblazers tomorrow.