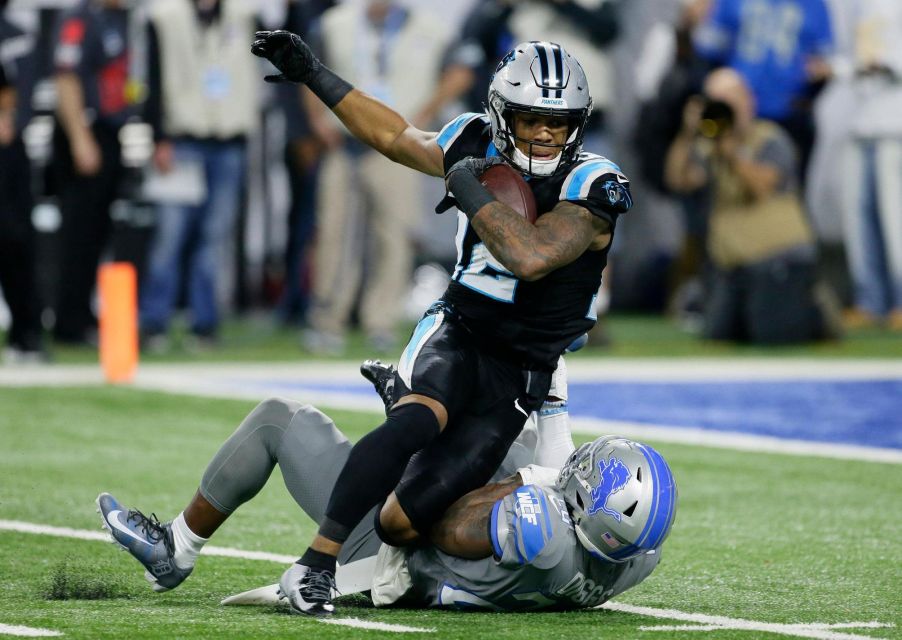 Coming off a horrendous Thursday Night Football showing, the Carolina Panthers traveled to Motor City with a point to prove – to themselves.

After suffering a 52-21 drubbing at the hands of the Pittsburgh Steelers, the Panthers needed a “get right” win. Things got off to a quick start at Ford Field with the Panthers scoring a touchdown on their first drive of the game. The Lions answered with first drive score of their own. From that point, the teams were fairly evenly matched yards-wise as they traded possessions until the Lions broke the tie with a 48-yard field goal.

On the Panthers’ next possession, quarterback Cam Newton was intercepted by Tracy Walker.  However, the Lions failed to take advantage of the turnover and went 3-and-out to close the half.  Facing 3rd-and-long on their first possession of the second half, Newton found rookie receiver DJ Moore who raced down to the Detroit 12-yard line on a 82-yard pass play.  On 3rd and 2 from the Lions 4-yard line, Lions linebacker Jarrad Davis sacked Newton for a loss of 12 to bring up fourth down.  Kicker Graham Gano’s 34-yd field goal attempted banged hard against the left upright and was no good.  What seemed to be a huge momentum shift fell short when the Panthers failed to score any points after a drive that started all the way back on their 6-yard line.  It was Gano’s first missed field goal of the season.

The Panthers defense held the Lions to a field goal on their ensuing possession. Starting from their own 8-yard line, the Panthers drove the length of the field in 10 plays culminating in a 12-yard touchdown reception by Curtis Samuel. With a chance to take the lead, Gano missed the PAT, resulting in a tied game. The tie didn’t last long as the Lions converted on two 3rd downs during the drive which was capped off by a pretty spectacular catch by Kenny Golladay.

As they have plenty of times before, the “Cardiac Cats” turned it on. Newton found Moore in the end zone with 1:37 left to go to make it 20-19. Head Coach Ron Rivera called for a 2-point conversion to take the lead. Newton overthrew a wide open Jarius Wright and the Panthers comeback bid was quashed.

Asked after the game if the call was due to a lack of faith in Gano, Rivera insisted that the goal is a win; not a tie. “Well, I think you go for two on the road. That’s what I did,” stated Rivera. Newton doubled down on that sentiment, insisting that it’s a play that he just has to make. “I gotta make that play,” Newton repeated several times during his post-game press conference.

It was a game of mistakes. Receiver Devin Funchess had a less than stellar homecoming. Funchess had two catches on eight targets for a total of 39 yards. Moore definitely picked up the slack finishing with 157 yards and a touchdown. A chunk of that yardage came on that electrifying 82-yard gain in the third quarter. Newton finished with 357 yards, 3 touchdowns, and 1 interception while being sacked three times.

There is cause for concern on the defensive side of the ball for the Panthers. The unit is impressive in theory but has been porous on the field. Kerryon Johnson and Golladay pretty much had their way. Johnson was arguably on his way to a 100-yard rush game; he finished with 87 yards and a touchdown; leaving the game in the third quarter with a knee injury. Golladay finished with 113 yards and a touchdown.

The Panthers have a week to turn things around before they face the Seattle Seahawks in Bank of America Stadium next Sunday. The Seahawks are 5-5 coming off a win over the Packers last Thursday. The Panthers fall to 6-4 after today’s loss.