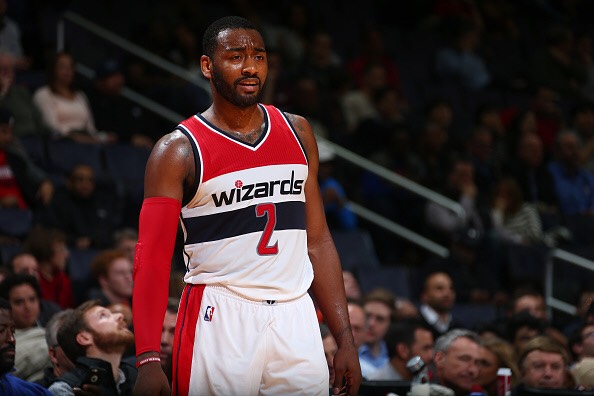 After going 1-2 on the road, the Wizards wanted to take control of their season by winning a game at home vs Orlando. Especially considering how they had a come from behind victory the night before against Brooklyn. If that was the plan, then the only Wizards’ player that was aware of it was John Wall. The Magic dominated this team from start to finish leading by as many as 20 at one point. Despite John Wall’s career high night of 52 points and the fact that the Wizards cut the lead down to nine with minutes to go in the fourth quarter. The Magic were just too much for this Wizards team. Now 20 games into the season, the Wizards are trying to find out how to get out of this depressing state of complacency.

To overcome a problem the first step is admitting you have one. The Wizards have been doing that since the first game of the season. The issue with this team has been bad defense stretches and droughts on the offensive side at the same time. That’s exactly what happened when the Magic scored 40 points in the 2nd quarter. While Beal and Morris struggled and the Wizards could only score 28 points that quarter.This team gave up 65 points at the half and could not get things going offensively. Poor defense combined with Otto Porter Jr foul trouble not to mentioned Bradley Beal shooting 38% all equals up to a disastrous loss. The Wizards had 116 points on their home court and John Wall had 52 of those points. Wall shot 18/31 from the field and 62% from behind the arc. Nonetheless, he alone could not bring this team to victory despite an interesting fourth quarter. Wizards defense was lackadaisical at best as they allowed Elfrid Payton, Jeff Green, Nikola Vucevic, Jodie Meeks  to score a combined 73 points. To put that into perspective, the Orlando Magic benched outscored their own starters. They shot a combined 24/37 from the field and Meeks was ⅘ from downtown. They had no answers on defense as the second unit combined for 22 points. In other words, Payton outscored the entire Wizards second unit by himself. The stat line was not pretty, but the most painful thing to take note of is the Wizards are still preaching  defensive effort, 20 games in.

“Yeah, not even just defensive effort, but just playing hard,” Wall said when asked about the team is still talking about defensive effort. He went on to say, “Our job is to wake up and just play hard. Before you even made it to the NBA or got a college scholarship. You played hard to get to where you wanted to. To still be talking about playing hard that should something you should do just waking up. Everybody got a job where they have to go in and work hard. Our job is to come in and play hard and compete.

Head Coach Scott Brooks spoke postgame about a sense urgency. That’s something the Wizards did not play with tonight. With a quarter of the season gone the excuses are no longer. Yes, there’s plenty of basketball left. However, the Wizards can not say “it’s still early” because it’s not. This team was a .500 team that tried to make a push for the playoffs last season but fell short of expectations. A new coaching staff and a max deal given to Bradley Beal and the results are even worse early on. This team should take a real look in the mirror and decide where it’s going. It’s only a matter of time before the front office and coaching staff try to move pieces because right now they don’t have anything working. Washington will face another hot shooting team in the Denver Nuggets tonight. Perhaps, they will turn things around, but giving their track record it’s hard to make that claim.