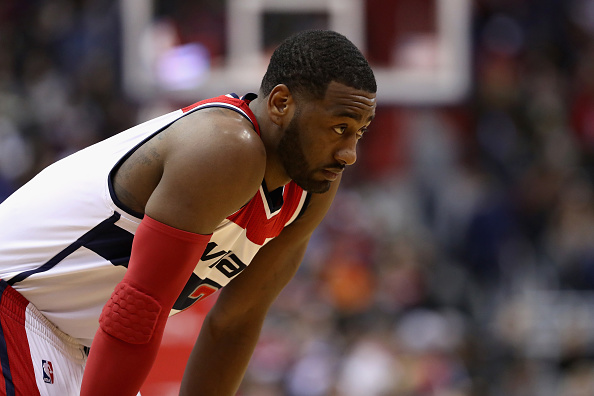 First time since January 3rd, the Washington Wizards have lost two games in a row after falling to the Utah Jazz Sunday night.

The first quarter was very competitive as two playoff teams went toe to toe.  After Utah went up by seven points, Washington 12-1 run to take a four-point lead.  Both teams were knotted at 24 apiece after the first period.  Going into the second quarter, the Jazz looked like the better team.  They started off on an 8-0 run and did not trail again for the quarter.  They outscored the home team Wizards  25-15, taking a ten-point lead at halftime.

The Jazz wanted the league to take note that they were serious this season.  They started off the third quarter on a 21-7 run, going up by 24 points.  The Wizards were getting embarrassed on their home court for the first time in a while.  Washington seemed like they were still on break.  The rust had not gone away and it showed tremendously.  The Wizards fought back and ended the quarter on a 14-3 run, but still trailed by 13 points going into the final quarter.

Like last game, Washington waited to the final minutes to make a comeback.  However, different team same story.  It was too little too late.  Washington cut the lead all the way down to six points, but Gordon Hayward showed why he made his first all-star game this season.  He hit two clutch baskets down the stretch to seal the deal and end the game.

Hayward finished the game with 30 points and nine rebounds.  Big man Rudy Gobert showed why he was an all-star snub with 15 points, 20 rebounds and four blocks.  George Hill added 21 points (five threes) for the Jazz as well.  The Wizards frontcourt struggled again combining for 19 points on 9-for-29 shooting.  John Wall had a solid game with 23 points, 11 assists, and four steals but had nine turnovers.  Bradley Beal added 22 points.  Bojan Bogdanovic showed what he was here for and scored 15 off the bench.  Bogdanovic was the only player in double-figure scoring besides Beal and Wall.

The Wizards have lost two games in the row for the second time this year,  The worst part is their upcoming schedule does not help them out at all.  Washington will host the league’s best team in the Golden State Warriors Tuesday night.  After that, they have the Toronto Raptors, who have not lost a game since acquiring Serge Ibaka.

Coming off two losses, the odds are not in the Wizards favor against the Warriors.  They have four all-stars that have the potential of changing in a game in a matter of minutes.  Washington has to come in with the mentality like their season is on the line because technically it is.  They are on the verge of losing three straight games for the first time since November 16.  This is a must win game because Toronto is tied up with them for the third spot in the East.