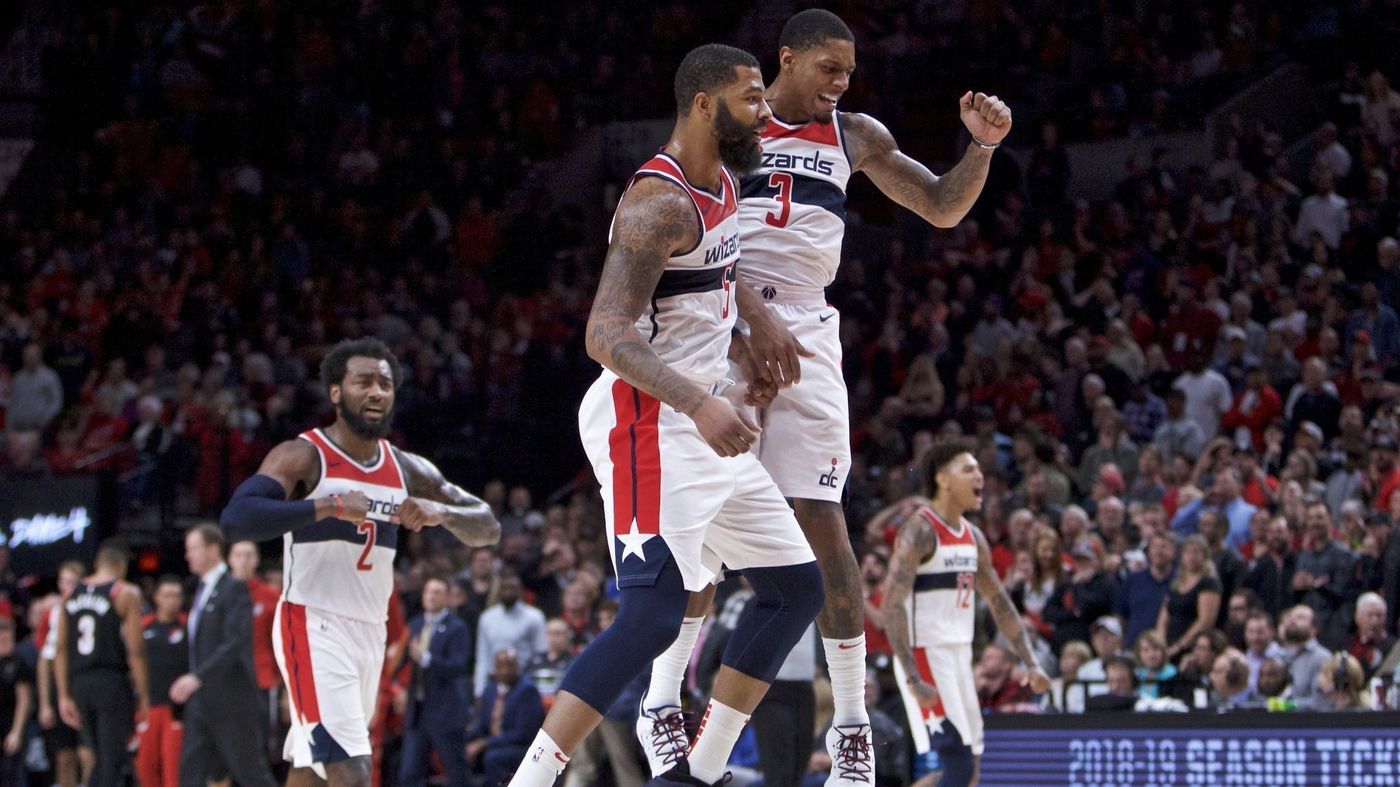 PORTLAND- After dropping the first two games of the season, the Washington Wizards desperately needed a win to start their first west coast trip of the season and they got the job done. The Wizards defeated the Portland Trailblazers 125-124 in overtime.

In their previous matchup, Bradley Beal scored a career-high of 51 points. That was a big factor in his return on Monday night where he forced overtime with a game-tying three with 6.6 seconds left in regulation and a huge block on Damian Lillard to secure the tied game. Beal finished the game with 25 points, 8 rebounds, and 7 assists.

The “Markieff Morris Show” continued in overtime for the Wizards. He hit two shots from beyond the arc and led the team in scoring with 28 points and 9 rebounds. Otto Porter Jr., also had a crucial play at the end of overtime where he blocked Damian Lillard’s layup attempt to secure the 125-124 victory in Portland. He finished the game with 16 points and 10 rebounds.

Washington played team ball on Monday but they still had problems rebounding the ball after C Ian Mahinmi left the game early with back spasms. With not too many bigs on the roster, this forced the Wizards to play a smaller lineup, moving Morris to the five. The smaller lineup led to a high scoring game but the Wizards were still outrebounded 70-53. That just goes to show how desperate they need Dwight Howard to return in full form from his lingering back injury.

When speaking on playing the smaller lineup, Coach Brooks said that he plans on utilizing that small lineup for long stretches moving forward.

The point of emphasis of taking more long-range shots was executed on Monday for Washington where they shot 40% from three but not necessarily for Otto Porter. His struggles continued, shooting 0-4 from three but luckily Morris picked up that slack, completing 6-10 from that range. Before Monday’s game, Morris had only made more than three 3-pointers in a game once in his career.

Tomorrow, the Wizards will continue their west coast road trip against the defending NBA Champions, the Golden State Warriors. Tip-off is set for 10:30 pm at Oracle Arena.