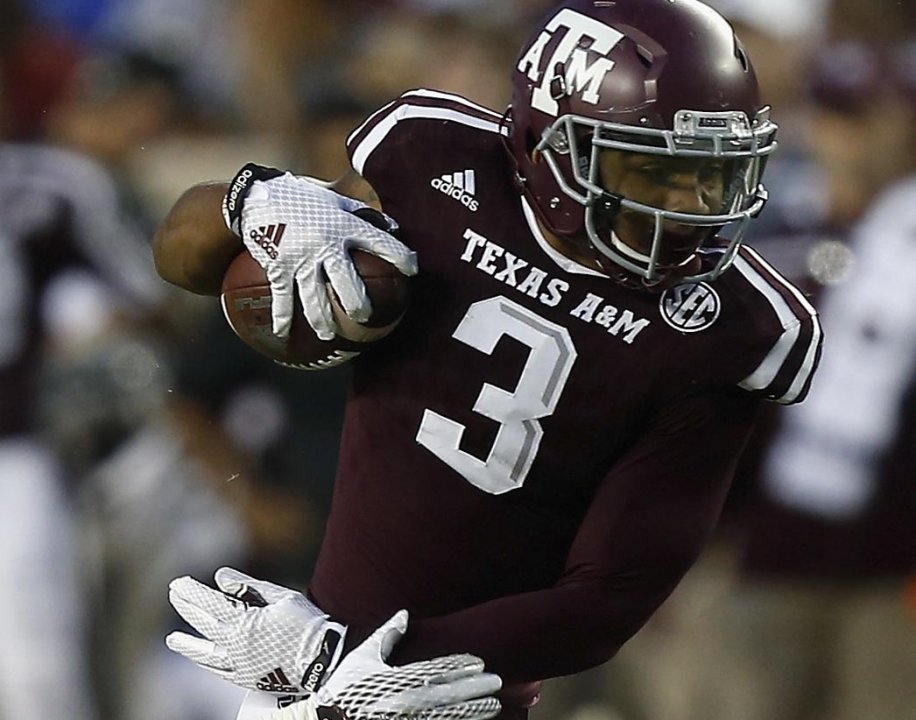 It’s that time of the year again. Saturdays (and sometimes Thursday, Friday nights) will be filled with marching bands, Conference Championship talk, mascots, and pregame rituals good enough to provide goosebumps. So before the College Football season truly gets underway, here are my preseason first team All-Americans.

Baker Mayfield, Sr., Oklahoma – While Sam Darnold and Josh Allen may be top 10 picks in next year’s draft and Lamar Jackson is the reigning Heisman winner, it is Mayfield who has been the more consistent among quarterbacks the past few seasons. Mayfield has 76 touchdowns during his two seasons at Oklahoma and even with a number of his main weapons now off in the NFL, Mayfield is still expected to have a dynamic 2017 season.

Saquan Barkley, Jr., Penn St. – Barkley may very well be the first overall pick in the upcoming draft next year and has drawn comparisons to former Ohio St. running back Ezekiel Elliott. Barkley was 14th in the country in rushing last season with 1,496 yards and has 25 touchdowns in his two collegiate seasons. Who’s the Heisman favorite? Meet Mr. Barkley.

Derrius Guice, Jr., LSU – It was quite impressive that Guice finished in the top 20 in the country in rushing with 1,387 yards and added 15 scores while being primarily a backup for a portion of the season behind Leonard Fournette. Now that he is the man in the backfield in Baton Rouge, Guice may see a record-setting 2017 campaign. Guice may very well be a highly popular Heisman finalist by season’s end.

James Washington, Sr., Okla. St. – The Cowboys high-octane offense has leaned on Washington and his playmaking skills the past three seasons. Washington has averaged 19.3 yards a catch during his career, tied for 11th in the country. Washington is the clear cut best receiver in the Big 12 and quite possibly the best across college football.

Christian Kirk, Jr., Texas A&M – It is somewhat difficult for a talent like Kirk to get the recognition he deserves based on playing in the top conference in college football. However, Kirk has been a consistent producer of big plays in College Station the past two seasons. Kirk has totaled 163 catches and 16 touchdowns so far in his career and that was with inconsistencies at quarterback and other excellent weapons in the Aggies offense.

Mike Gesicki, Sr., Penn St. – The 6’6 tight end decided to close out his collegiate career with his senior season and is coming off a career-high season in which he led the Big Ten among tight ends in catches (49), yards (679), and touchdown catches (5). With most of the attention on teammate Saquan Barkley, Gesicki has proven to be a reliable option in the Nittany Lions deep offense.

T Connor Williams, Jr., Texas – It is rare that offensive tackles are legitimate options at 1st overall in the NFL Draft but Williams has his name embedded within the conversation. Williams has allowed one sack in the last two seasons combined and was first team All Big-12 in 2016.

G Quentin Nelson, Sr., Notre Dame – A road grader in the run game for the Fighting Irish, Nelson has been a model of consistency in South Bend. His name has also seen first round territory in next year’s draft and can cap off things with a great senior campaign.

C Billy Price, Sr., Ohio St. – Price has started every game for the Buckeyes for the past three seasons although he has been primarily lined up at guard. Now Price will man the center position for the Bucks and still provide an elite presence at the position.

T Orlando Brown, RJr., Oklahoma – The Sooners saw plenty of production from Mayfield and a pair of 1,000 yard rushers thanks to the presence of 345-pound Brown. The 6’8 blocker was first team All Big-12 and second team All-American in 2016.