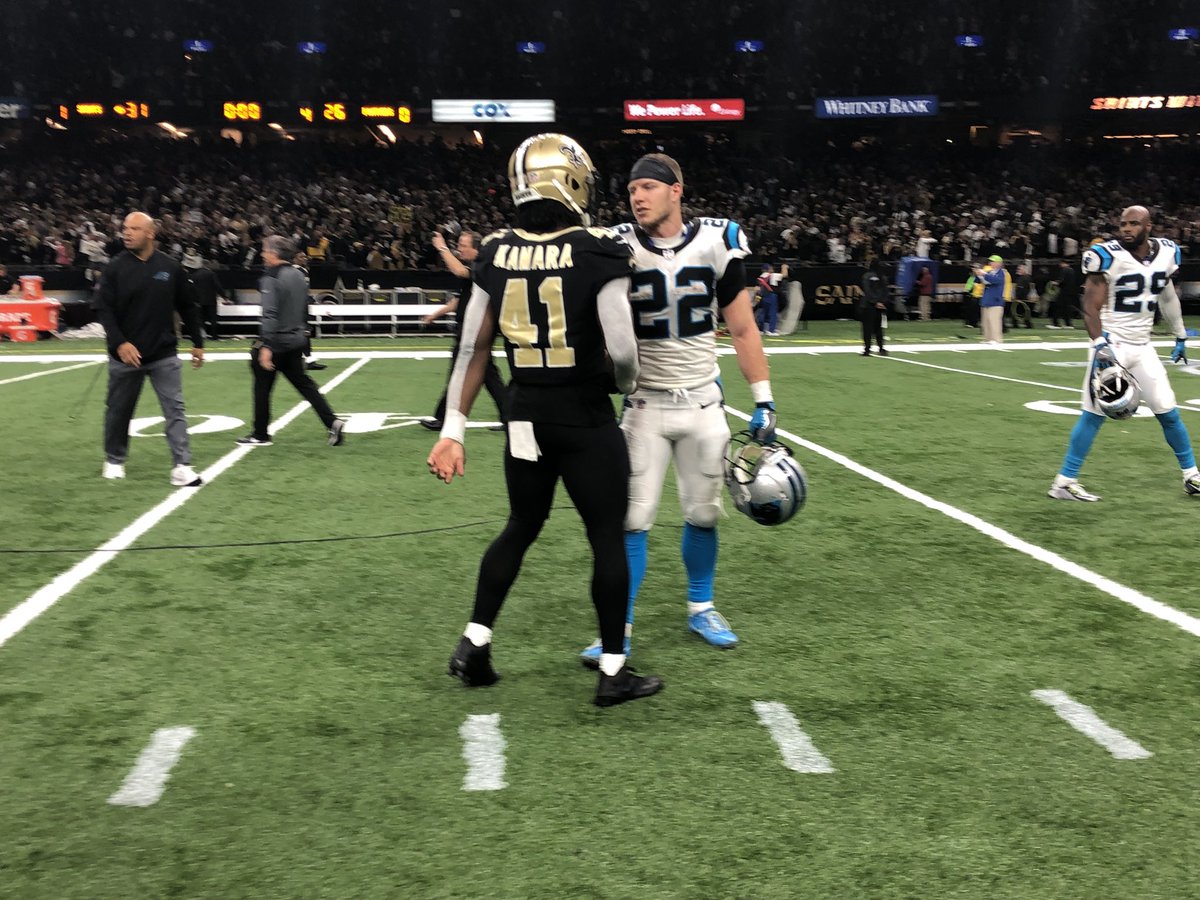 Two teams will take the field under the Monday Night Football lights.  While one has locked up the division and clinched a playoff berth, the other is on the outside hoping to claw their way in.  Both the Saints and the Panthers share a large similarity: young, dynamic, and explosive running backs.

The Panthers Christian McCaffrey has 1,627 scrimmage yards ranking him fourth in the NFL.  He is only 10 scrimmage yards from breaking DeAngelo Williams’ franchise single-season record set back in 2006.  McCaffrey also needs only 17 receptions to pass Matt Forte’s NFL record for most receptions by a running back.

The Saints Alvin Kamara was arguably the “sleeper” of the 2017 NFL Draft remaining on the board until the Saints drafted him in the third round.  Following a stellar Pro Bowl rookie campaign that concluded with him winning the NFL Offensive Rookie of the Year.  If there is a such thing as a sophomore slump, no one told Kamara.  So far he has 1,384 yards from scrimmage; 793 of those on the ground and 591 on receptions.

Asked to compare himself to Kamara, McCaffrey responded:

“Oh man, he’s a heck of a player.  You know, a lot of the stuff I do on our off days; I watch backs around the league and he’s one of em I look at just to see what he’s doing.  I try to add some of that stuff to my game.  It’s been fun watching him.”

“Lots of similarities in our game; he’s a good one to watch.”

No word on whether CMC has incorporated Kamara’s leg day routine; namely the workout in which he’s seen pulling a Jeep while carrying a weight rack.

The Saints enter Monday’s game ranked first in the league in rush defense; yielding an average of 3.6 yards per carry while the Panthers defense is ranked seventh, giving up an average of 4.2 yards per game.

What makes McCaffrey and Kamara so dynamic is their ability to beat you through the air as well.  Both the Saints and Patriots pass defenses rank in the bottom half of the league so it would not be a surprise to see one or both backs get it done on the receiving end.