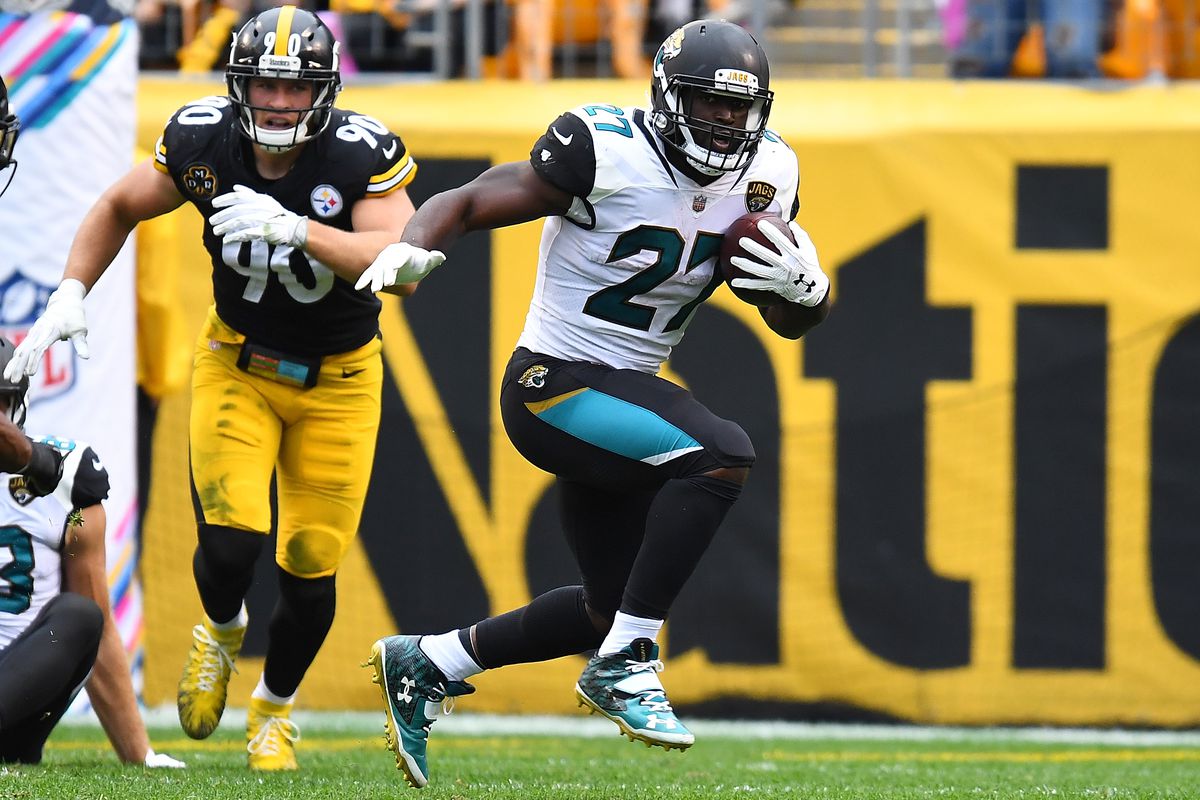 A spot in the AFC Championship Game is on the line as a young Jacksonville Jaguars team travels to take on the hard-nosed Pittsburgh Steelers squad in the Divisional Round. Here is the complete preview and prediction.

It seemed like a lifetime ago, but going back to week five of the NFL season, the Jacksonville Jaguars waltzed into Heinz Field in Pittsburgh and handed out a 30-9 defeat thanks to a five interception performance from the defense and the best game of the season from rookie running back Leonard Fournette (181 yards, 2 TDs). Now the two teams will meet once again in Pittsburgh with much, much more on the line. Who will prevail and keep their Super Bowl dream alive? Let’s preview.

How the Jaguars are in this particular point of the playoffs is beyond extraordinary. Especially when you account for the amount of season-ending injuries at the wide receiver position the team has endured by this juncture of the season. The ever-criticized Blake Bortles has been under major spotlight this season with the amount of talent around him and has thrown for a decent 21 touchdowns and 13 interceptions. Luckily for the Jaguars offense, they were equipped with the #1 rushing unit in the league, averaging 142.2 yards per game. Behind Fournette, offensive linemen Cam Robinson, A.J. Cann, and Brandon Linder, the Jaguars ran for at least 135 yards on 11 different occasions. Veteran Marqise Lee led the team in catches with 56 and tied a career-high in touchdowns with three. However, the 17th ranked passing game obviously missed injured starting receivers Allen Robinson and Rashad Greene.

All eyes are on the suddenly aggressive and tenacious Jaguars defense. A unit that was second in scoring defense, first in passing yards allowed, second in interceptions, and second in turnovers. Cornerback Jalen Ramsey is on the verge of being a household name and rightfully so after a 52 tackles, four interception, 18 pass deflection season. Veteran defensive end Calais Campbell has been a force with 14.5 sacks, tied for second in the league. On eight different occasions this season, including the playoff, the Jaguars have held opponents to nine points or less. The defense is a smothering one and has clearly been the strength of the team.

Literally everything with the Steelers begins with the the foundation of the team which is quarterback Ben Roethlisberger, running back Le’Veon Bell, and wide receiver Antonio Brown. Roethlisberger passed for 28 touchdowns while Bell and Brown combined for 20 touchdowns on the season. The play from rookie Juju Smith-Schuster (58 catches, 917 yards, seven TDs) gave the offense a tremendous boost and the youngster has shown to be a consistent playmaker. Left tackle Alejandro Villanueva and center Maurkice Pouncey were both voted into the Pro Bowl this season and have to two stalwarts on an overall solid offensive line.

A really good Steelers defense in 2016 improved this season and has become one of the best defensive units in the entire league. They are led by an active front seven that includes defensive end Cameron Hayward (30 tackles, 12 sacks), defensive tackle Javon Hargrave (21 tackles, two sacks, and linebackers T.J. Watt (39 tackles, seven sacks) and Vince Williams (68 tackles, eight sacks). The fifth overall ranked defense in the regular season was more than reliable throughout the regular season even after the devastating loss for starting middle linebacker Ryan Shazier due to a spinal injury suffered in Week 13.

Going back to week five of the regular season, the Jaguars did the unthinkable. It was an early-season win that was important for Jacksonville going forward. The identity of the Jaguars is clear. They are a run-first offense that led the league in rushing attempts per game and a defense that gets after opponents and has a knack for generating multiple takeaways. The takeaways were the story the last time this two teams met and is almost certain to play a part for two teams who have a few similarities.

Going into Heinz Field and winning is tough. Going into Heinz Field and winning a playoff game is even tougher. The Steelers have won five of their last six home playoff games and with a loaded offense and a superior defense, the task seems tall even though Jacksonville won in Pittsburgh already this season. Bortles must be more productive than his game last week against Buffalo where he only threw for 87 yards and he only totaled 95 passing yards against Pittsburgh during the regular season. It’s tough to go against the team with the more reliable quarterback and the better amount of talent at the wide receiver spot. The Jaguars are capable of pulling this one out but the Steelers have learned from the first go-around and will be a lot more efficient.