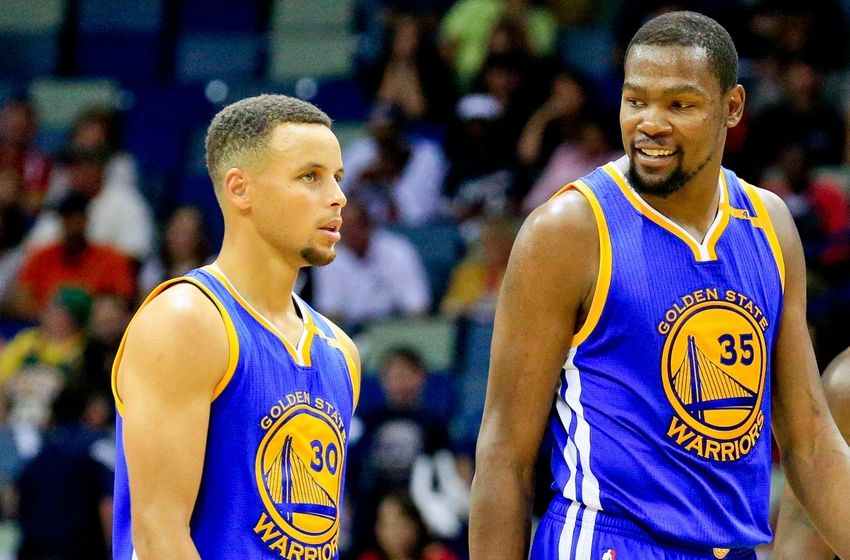 Merry Christmas! After six long months, The Golden State Warriors travel back to Cleveland to take on the reigning NBA Champion Cleveland Cavaliers. Of course, this will obviously be a much different Warriors team to the one that blew a 3-1 lead to the Cavs in last year’s NBA Finals.

Both teams are coming in on winning streaks, Cleveland comes into the game on a four-game winning streak, while the Warriors have won seven in a row. 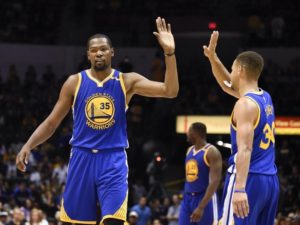 With the addition of Kevin Durant, you had to know the Warriors would become dangerous. The 2014 NBA MVP has settled in fairly well with the Warriors, as he is averaging close to 26 points per game, which leads the team, along with 8 rebounds and 4.5 assists. Durant’s inclusion has made the Warriors’ “Death Lineup” even deadlier. The Warriors are the top-scoring team in the league, averaging 117 points per game.

Cleveland already had their hands full last year just trying to guard Stephen Curry, Klay Thompson, and Draymond Green. Cleveland will no longer have the luxury of being able to cross defend like in the finals. Lebron will have to guard Durant every minute he’s on the floor.

They’ve been quiet but can Erupt:

The Splash Brothers, Curry, and Thompson, have taken a bit of a back seat with KD now with the team. However, the two are still two of the deadliest shooters in the game. Curry, in particular, will be eager to make up for his awful Finals performance, especially Game 7, where he had just 17 points on 6-for-19 shooting.

It remains to be seen whether Draymond Green will play after the birth of his son, but his presence will be massive for the Warriors. Green is the anchor of the Warriors’ defense and will be crucial in containing LeBron James on the pick-and-roll. 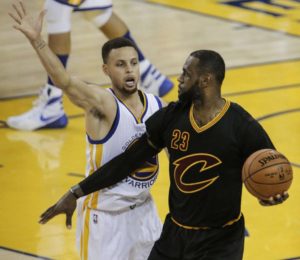 The Cleveland Cavaliers are not playing anywhere close to full capacity. However, but once again they lead the East by a comfortable margin. The defending champs have arguably gotten better compared to last year, particularly on the offensive end.

Kevin Love, who’s averaging 22 points and 10 rebounds, has finally found his role in the offense and is playing more like the Love who was a superstar in Minnesota.

Meanwhile, LeBron James is playing like a legitimate MVP candidate. James is putting up 25 points, eight rebounds, and a career-high nine assists per game while orchestrating this well-oiled Cavs offense. 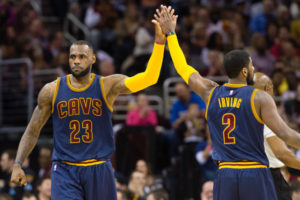 LeBron and Kyrie Irving famously ripped the Warriors defense to shreds over the last three games of the finals. James had back-to-back 41-point games in Games 5 and 6 before coming up with a 27-11-11 triple-double in the deciding Game 7.

JR Smith suffered a fracture in his right thumb and will miss several months. Iman Shumpert and DeAndre Liggins have been playing decent minutes, and their length should be an asset in disrupting the Warriors’ offense.

Not having Smith in this contest in my opinion really hurts Cleveland. JR is a player when hot is very hard to stop. He’s the only player that can create their own shot. I just don’t envision anyone stepping up from the bench to fill his shoes offensively. Warriors get their revenge.