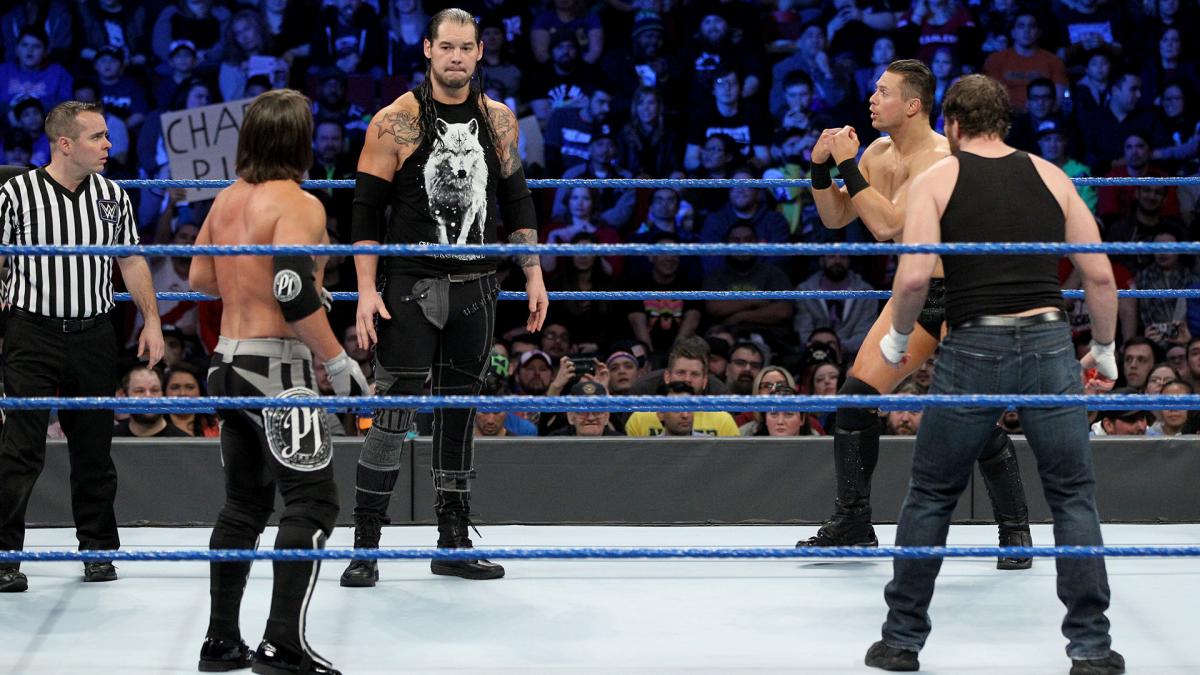 It was the final episode SmackDown before Elimination Chamber. It had had many compelling elements I will provide my thoughts as well as the results. SmackDown General Manager Daniel Bryan decided to give the fans what they wanted an Elimination Chamber preview. Four participants that were involved within the Elimination Chamber  Dean Ambrose, The Miz, AJ Styles and Baron Corbin. It was a very entertaining contest encounter all four man left it all on the line. The Lone Wolf Corbin and AJ Styles were left in the ring and Corbin pulled off a massive victory. This feud between Natalya and Nikki Bella because they have no love lost for each other. Therefore Tom Phillps had both Natalya and Nikki were chatting with them via satellite. Natalya stated that if she wasn’t already married John Cena would be her. Then later on Talking Smack Natalya brutally assaulted Nikki Bella she smashed Nikki’s face into a TV and then on a table the set of the show. Randy Orton has quite a start to the new year first he won the 2017 Royal Rumble Match winner. The following week Orton defeated John Cena in a singles match. Then this week they had a rematch between the two heated rivals. Bray Wyatt was at ringside and both men took each other to the limit. Orton and Cena hit each other signature moves for near falls.

The turning point of the match was when the referee knocked out by Orton when Cena attempted an Attitude Adjustment. Wyatt became involved in the match. Wyatt and Orton beat up Cena and Bray dropped The Champ with Sister Abigail. Luke Harper decided to even up the odds and he assisted Cena to victory as Cena hit the Attitude Adjustment on Orton.