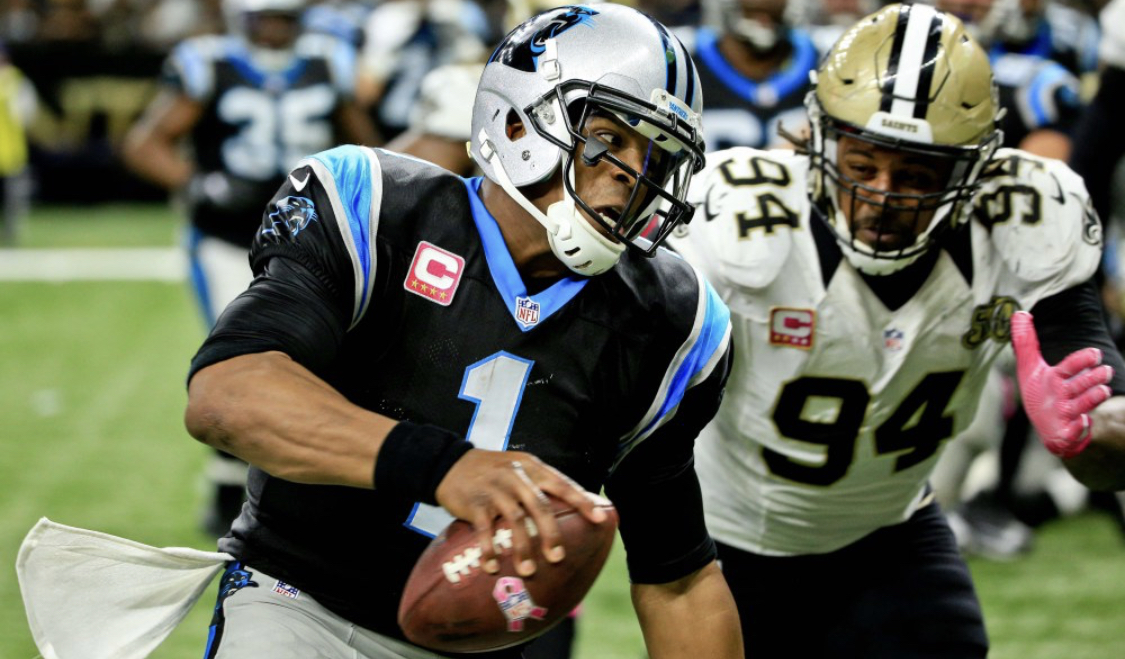 Losing to the same team three times in one season is tough.  Having said team gift you with wine and a broom to commemorate the sweep is a whole other ball game.

That is exactly what someone, whose name Panthers quarterback Cam Newton would rather not disclose, took it upon themselves to do at the end of last season.  In addition to the two divisional meetings between the Panthers and the New Orleans Saints, the rivals met up in the NFC Wild Card game where the Saints ended the Panthers’ season with a 31-26 win.

Although Newton failed to name names, all signs point to Saints defensive Cam Jordan as the culprit.  Jordan constantly trolled QB1 throughout last season; joking about Newton’s eclectic fashion sense.  He ended the season by sending Newton a bottle of Jordan brand wine.  It add insult to injury, Jordan sent the package via overnight shipping to make sure that Newton would get it before packing up his locker for the offseason.

While Jordan owned up to and bragged about the gift, Newton would not say who it was that sent the broom which he deemed “disrespectful”.   When it comes to the two Cams, Newton referred to their relationship as a “respectful dislike”.  Newton went on to disclose that both the wine and the broom remain wrapped up in his locker as “bulletin board material” that he hopes to return to its sender.

At 11-2 there’s no denying that the Saints have “the juice” as Newton calls it.  Although they are in a five-game skid, Newton insists that on Monday, the Panthers are coming with a cup for their juice as well.  While the Saints of recent memory have played well, Newton implored the media to “not forget their real history,” – a history that included NFL mediocrity.  Just as the Saints want to leave their franchise history behind, Newton’ and his teammates would like to do the same with regards to last season’s defeats.  A win on Monday would be a step in the right direction.

Kickoff is set for 8:15 PM, EST on Monday evening.