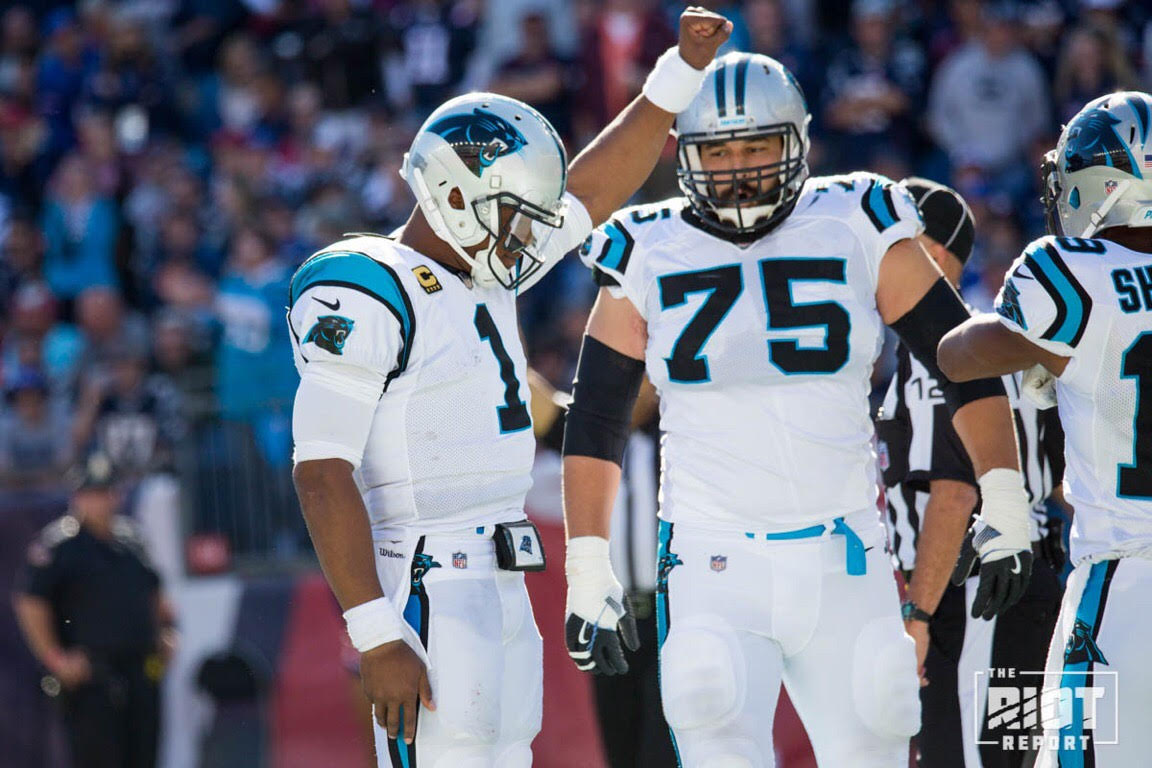 Cam Newton scrambled for a rushing touchdown. Afterwards, he showed the world he’s black and he’s proud of it.

FOXBOROUGH —- Cam Newton just rushed for a touchdown. However, what he did next caught the attention of the world. Newton stood straight up while standing in the end-zone and raised his fist in the air.

“I did it to show black pride because I am an African-American,” Newton said after defeating the Patriots 33-30. “But more or less, I want all people to just see the joy that I go out there and play with. Win, lose, or draw it was a great win for us today.”

Newton nor his teammates protested in any form today in New England. Nevertheless, their goal was to show unity.

“We cannot forget the fact that sports as a whole bring people together,” Newton said. “A lot of people from different shapes, colors, creeds, ethnicities, and cultures come together.”

He added, “At that moment, they’re rooting for the same thing.  We try to unify people with that and that’s all it is. Unity is something that’s gonna cure a battered mentality in this country.”

Last week, the President said that NFL Owners should reprimand players who don’t stand for the national anthem. He referred to them as “sons of bitches.” Many teams across the league responded by either standing in the locker room, locking arms, or kneeling. However, after last week’s loss to the Saints, many wondered why the Panthers, as a whole, didn’t protest in any form. Two days later, the Panthers met with the owner, Jerry Richardson, discussion unity and how the team should move forward. In addition, Newton spoke for 18 minutes about the topic.

However, many wondered why the Panthers, as a whole, didn’t protest in any form. Two days later, the Panthers met with the owner, Jerry Richardson, discussion unity and how the team should move forward. In addition, Newton spoke for 18 minutes about the topic. He urged unity then and continued that today.

“I feel as if we all stick together. If we all come together: listen, hear, (and) speak. We can better help the situation,” Newton said. “Because a lot of situations that are going on in our country is trying to cause division. We get nowhere divided.”

Newton went on saying that he stands for the national anthem. However, he urged people to respect others’ decisions not to.

“I don’t look down upon a person who doesn’t feel they want to,” Newton said. “You have to respect another man’s judgment for why they’re protesting.”

Newtown acknowledged there’s been a lot of “flack” towards protests whether it’s people marching in the streets, or football players kneeling during the national anthem. Nevertheless, he continued to urge the importance of unity.

“I just want everybody to just come together,” Newton said. “I just hope and I pray to God this country finds the energy and the heart to come together as a whole.”