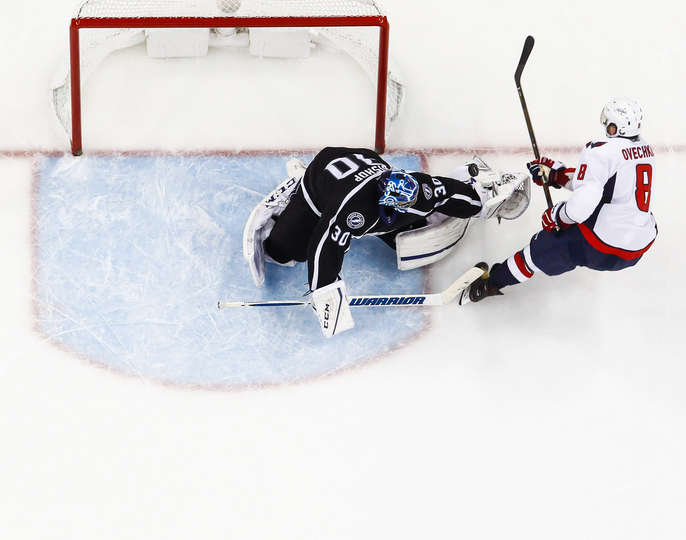 The Tampa Bay Lightning earned a 2-1 win over the Capitals Saturday night but needed a four-round shootout to defeat Washington.

Once the five-minute overtime period ended, still tied at one, the game entered a tiebreaker.

In the fourth round of the tie-break, Lightning forward Brian Boyle’s shot split Capitals goalie Braden Holtby’s legs to put Tampa Bay ahead. Washington could not counterattack, assuring the Lightning the victory.

“We had the opportunity [to win] but didn’t do it,” Capitals alternate captain Nicklas Backstrom said, according to The Associated Press.

With 33.5 seconds remaining in overtime, the referees caught Tampa Bay with too many men on the ice, putting Washington on the power play.

Capitals defenseman John Carlson put a shot on the goal during the man advantage and forward Justin Williams added another from beside the crease. However, Washington failed to convert on the power play.

The Capitals rank 24th in the NHL in power play scoring percentage. They scored one goal in six opportunities with a man advantage Saturday.

The defenses led the charge Saturday, as neither squad allowed an even-strength goal.

Tampa Bay forward Nikita Kucherov scored the first of the two power-play goals on the night on a one-timer halfway through the second period. Kucherov’s 13 goals are the third most in the league.

“Everyone paid the price,” Lightning defenseman Victor Hedman said, according to the Tampa Bay Times. “We played desperate; we played together.”

With six and a half minutes remaining in regulation, Backstrom tied the game with his own power-play goal.

With this offensive drought, Holtby managed the net, saving 32 of 33 shots.

“They’re in the same situation as us,” Holtby said, per the AP. “A game like that can go either way, really.”

Bishop kept pace with Holtby, saving 34 of the Capitals’ 35 shots on goal.

Washington forward T.J. Oshie missed his sixth straight game with an upper-body injury. However, he returned to practice Monday.

“I got a little 24-hour bug,” Carey said, according to The Washington Post. “It kind of cleaned out my whole system. I feel a lot better now.”

The Capitals recalled Carey from their American Hockey League affiliate, the Hershey Bears, Wednesday. He has played in 28 NHL games in his career, six of which have been with Washington over the past two seasons.

The Capitals’ third straight loss dropped them to 13-7-3. They remained in fourth place in the Metropolitan Division.

Tampa Bay’s win broke its four-game losing streak. The Lighting sit in fourth place in the Atlantic Division at 14-11-1.