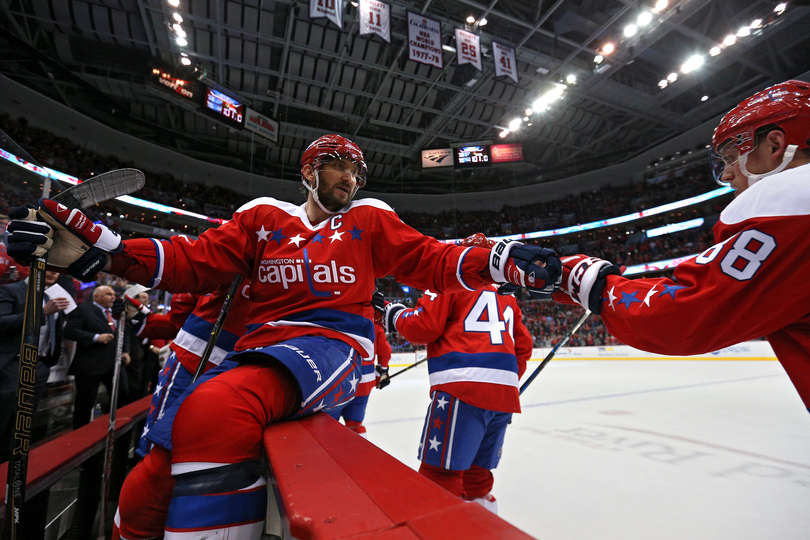 The Washington Capitals shut out the Chicago Blackhawks 6-0 Friday night to earn their eighth straight win.

Washington goalie Braden Holtby saved all 24 shots dealt to him to earn his league-leading sixth shutout of the season.

“This team seems to play better against good teams for some reason,” Holtby said, according to The Washington Post. “… we’ve really worked hard since the start of the year to try to build our team and build our game through every little bit of adversity …”

In his five starts since, Holtby has recorded three shutouts. His Goals Against Average is .6 in that span.

“I worked on a few things that I wanted to get better at, but we’ve been playing pretty well through that stretch, too,” Holtby said, per The Associated Press. “There’s still things to work on, but our game and my game are going in the right direction.”

The only time Chicago’s offense had any momentum was in the second period. In this middle frame, the Blackhawks had 10 scoring chances, but Holtby stopped all of them.

“We’ve got a bit of luck here and there, a couple [shots that hit the] posts and such,” Holtby said, according to The Washington Post. “There’s still things to work on, but our game and my game are going in the right direction.”

“You saw production right through the whole lineup there,” Trotz said, per The Washington Post. “I think that’s what our strength is. We’re in probably one of our tougher stretches in terms of games, so we need everybody to share the workload, not just your top guys.”

“We’re playing good hockey right now and we’re starting to get confident in our game, in our structure,” Beagle said, according to the AP. “Getting these wins against great teams can only build that confidence, and we just got to keep going moving forward.”

Along with his assists to Beagle’s strikes, Wilson scored his own goal in the second period. Defenseman Nate Schmidt fed Wilson the puck across the ice as he spun to a stop to shake a defender.

The Capitals’ offense dominated the entire game. They outshot the Blackhawks 34 to 24 and won 72 percent of the faceoffs.

Washington assembled this offensive production without ever going on the power play. Chicago had two power plays in the game, but even then, the Capitals outshot the Blackhawks four to three.

After Washington scored five goals on Chicago goalie Corey Crawford, Blackhawks head coach Joel Quenneville pulled him from the game. Crawford saved 25 of the Capitals’ 30 shots during his 48:11 on the ice.

Backup goalie Scott Darling replaced Crawford and saved three of the four shots dealt to him.

“It was a big game to start with and we didn’t meet the challenge,” Quenneville said, per AP. “Let’s forget about this one because there’s nothing good about it.”

The Capitals improved to 28-9-5 with their seventh straight home win over the Blackhawks. They momentarily overtook the Columbus Blue Jackets for first place in the Metropolitan Division. However, Columbus eventually won its game, so the Capitals returned to second place.

The Blackhawks fell to 27-13-5 but remained in first place in the Central Division.