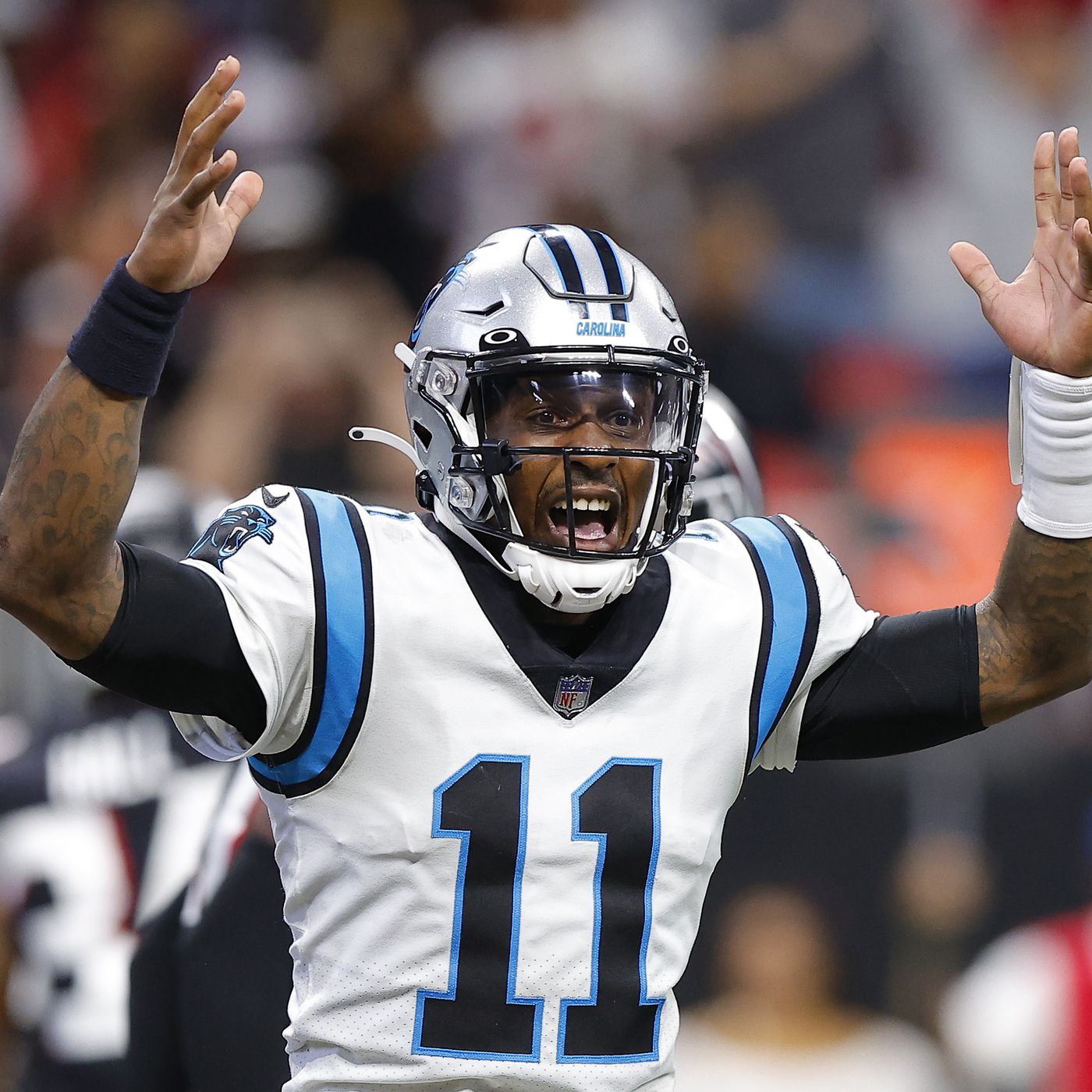 When you look at the NFL schedule, there aren’t many people who can say they thought the Week Eight matchup between the Carolina Panthers and the Atlanta Falcons would be played with the NFC South division lead on the line. Yet here we are. Wins haven’t come in abundance for the Panthers but their lone two wins on the season hold weight – they came against divisional opponents. The Falcons came in 0-2 in the division, but a win would make them the only team without a losing record in the NFC South.

The defense got off to a strong start with cornerback Donte Jackson intercepting Marcus Mariota on the game’s second play, but the offense could not capitalize. Eddy Pineiro capped the Panther’s second drive of the day with a 37-yard field goal to put Carolina on the board. Atlanta responded with a 2-yard touchdown reception by tight end Kyle Pitts to take the lead. After a solid showing in last week’s win over the Tampa Bay Buccaneers, quarterback PJ Walker struggled to find his mark early, but heated up in the second quarter. Big throws to Terrace Marshall Jr and DJ Moore kept the drive alive and set up a 2-yard rushing touchdown by D’Onta Foreman to take a 10-7 lead with 4:51 left in the first half. Just before the halftime intermission, Walker was trying to set up the screen but was picked off by linebacker Lorenzo Carter instead. Carter raced 28 yards for the pick 6 and lead 14-10 with under a minute left in the second quarter.