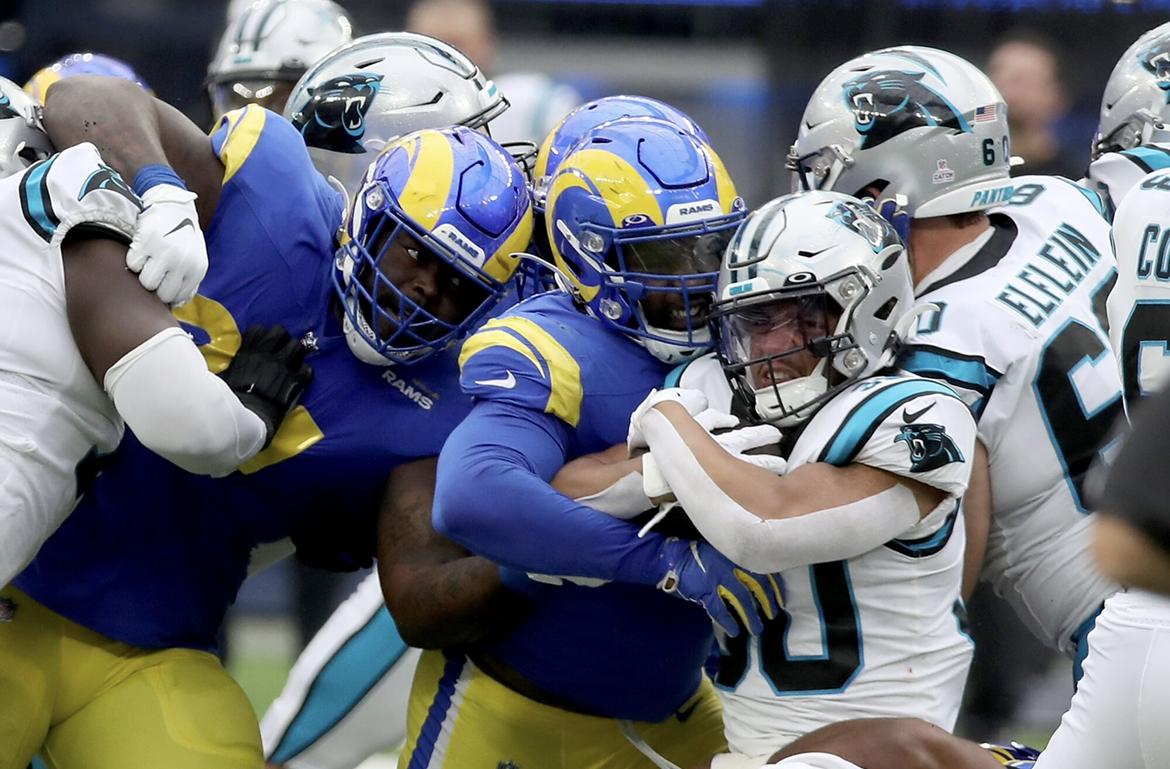 There’s been lots of activity on Mint Street in the last week. Secondary coach Steve Wilks was named interim head coach after the termination of Matt Rhule. He immediately dismissed defensive coordinator Phil Snow and assistant special teams coach Ed Foley. With how poorly the offense has performed, people would have expected offensive coordinator Ben McAdoo to get the ax before Snow. Carolina continues to be the NFL’s worst offense and sputtered to 3 points in Sunday’s 24-10 loss to the Los Angeles Rams. The Panthers only other score came on a pick-6 from cornerback Donte Jackson to give the Panthers a 10-7 lead at halftime.

Matt Stafford and the Rams warmed up in the second half, rattling off 17 points courtesy of a pair of touchdowns and a field goal. An already injury-depleted secondary took another blow when Jackson left the game with an ankle injury. After the game, he was seen wearing a walking boot. The Panthers came into the game missing several starters including safety Jeremy Chinn, cornerback Jaycee Horn, linebacker Frankie Luvu, and quarterback Baker Mayfield. Pj Walker, who started today left the game in the fourth quarter after a helmet to helmet hit; the team later announced that he had suffered a neck injury on the play.

To add insult to an already faltering offense, starting wide receiver Robbie Anderson was sent to the locker room by Wilks in the fourth quarter after a number of sideline confrontations with wide receivers coach Joe Dailey. Walker had only 16 pass attempts as the Panthers limped to 203 total net yards. He finished 10-of-16 for 60 yards while backup Jacob Eason finished 3-of-5 for 59 yards and an interception. 49 of Eason’s passing yards came from a catch and run by running back Christian McCaffrey. A couple of plays later, the door was slammed on any hopes of a comeback when Eason was intercepted in the end zone by Nick Scott on Carolina’s final offensive possession. McCaffrey finished with 158 total yards on 13 carries and 7 catches. Stafford finished 26-of-33 for 253 yards, one touchdown, and one interception. Triple Crown winner Cooper Kupp led the way with seven catches for 87 yards and added another 17 yards on the ground. Darrell Henderson, Ben Skowronek, and Allen Robinson all scored touchdown for the Rams who improved to .500 as they head into their bye week. The Panthers fall to 1-4 and host Tampa Bay next week.