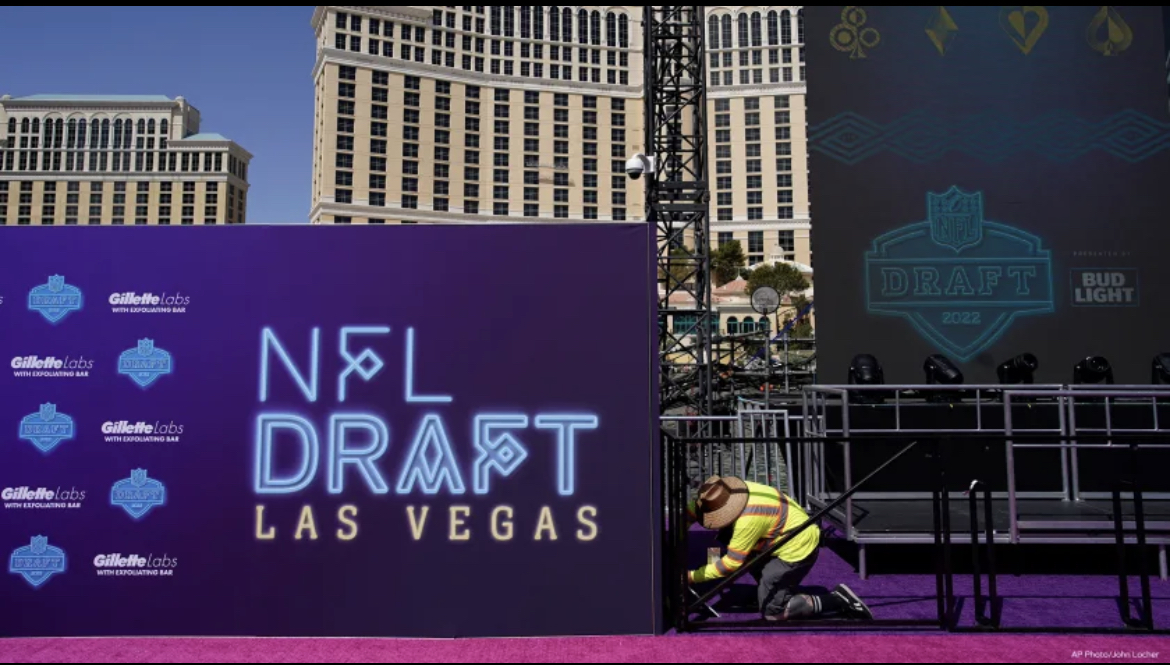 Carolina Panthers fans are used to peaks and valleys, winding roads, and pot holes and today will be no different. With the NFL Draft kicking off this evening from Las Vegas, practically no one knows what the Panthers are going to do with the No. 6 pick. Tonight will be the beginning of arguably the most unpredictable draft in recent memory. There is no slam dunk No. 1 pick as there has been in recent years.  Going into last month’s Scouting Combine, many projected that three offensive tackles would be taken with the first five selections. Evan Neal, Ikem Ekwonu, and Charles Cross all appeared to be long shots for the Panthers who made it clear that upgrading the offensive line was a top priority this offseason. Quarterback is also a position after disappointing campaigns with veteran signal-callers Teddy Bridgewater and Sam Darnold.

Although this year’s quarterback class has underwhelming reviews, it would be understandable if the team wanted to take its chances with a rookie they could develop. Liberty’s Malik Willis and Pitt’s Kenny Pickett emerged as top Panthers targets with the latter having ties to head coach Matt Rhule and owner David Tepper. Pickett was committed to Temple when Rhule was the coach there but ended up going to Pitt. Tepper is a Pitt alum and was said to “love” the New Jersey native – despite his “small hands.” Willis has arguably the most upside in this class, but analysts have dubbed him as “raw” and the Panthers need someone ready to start Week One. Time is of the essence for Rhule in particular, who has the hottest seat in the NFL right now. Under those circumstances, all signs point to Pickett; although it’s not clear if the team will pick him at No. 6 as opposed to trading back to gain some draft capital.

Let’s talk about that lack of draft capital. The Panthers currently have no Day Two picks after leveraging this season’s 2nd and 3rd round picks in trades for Darnold and cornerback CJ Henderson. Reports have suggested that Carolina is one of several teams with interest in trading back. However, there aren’t many teams interested in trading up – there in lies the dilemma. There’s arguments for and against the Panthers taking a quarterback. On one hand, it provides a bit of insulation for Rhule. According to ESPN NFL Draft analyst Jordan Reid, it gives the third year coach something to hang his hat on and something to look forward to in the future. The alternative is a trade for Baker Mayfield or Jimmy Garoppolo – both of which come with current contract implications. Carolina has already found themselves in a pickle as a result of exercising Darnold’s fifth year option before he ever even threw a pass in the black and blue. Mayfield would be a talent upgrade over Darnold but lacks the maturity and leadership that the Panthers need in the locker room. The Browns will also undoubtedly have to eat a nice portion of his $18.8 million salary.

As the draft has neared, a number of edge rushers have moved into the projected top five, leaving the Panthers with a tough decision to make. Do you trade back to recoup capital and take a quarterback later in the draft? Do you take a top left tackle and roll the dice with Darnold, Mayfield, Garoppolo, or a late round rookie? Do you “swing for the fences” – as general manager Scott Fitterer said he’s willing to do – and take a quarterback at No. 6? Rhule’s future may depend on it so the Panthers can’t afford to not get this right. We wait with bated breath.