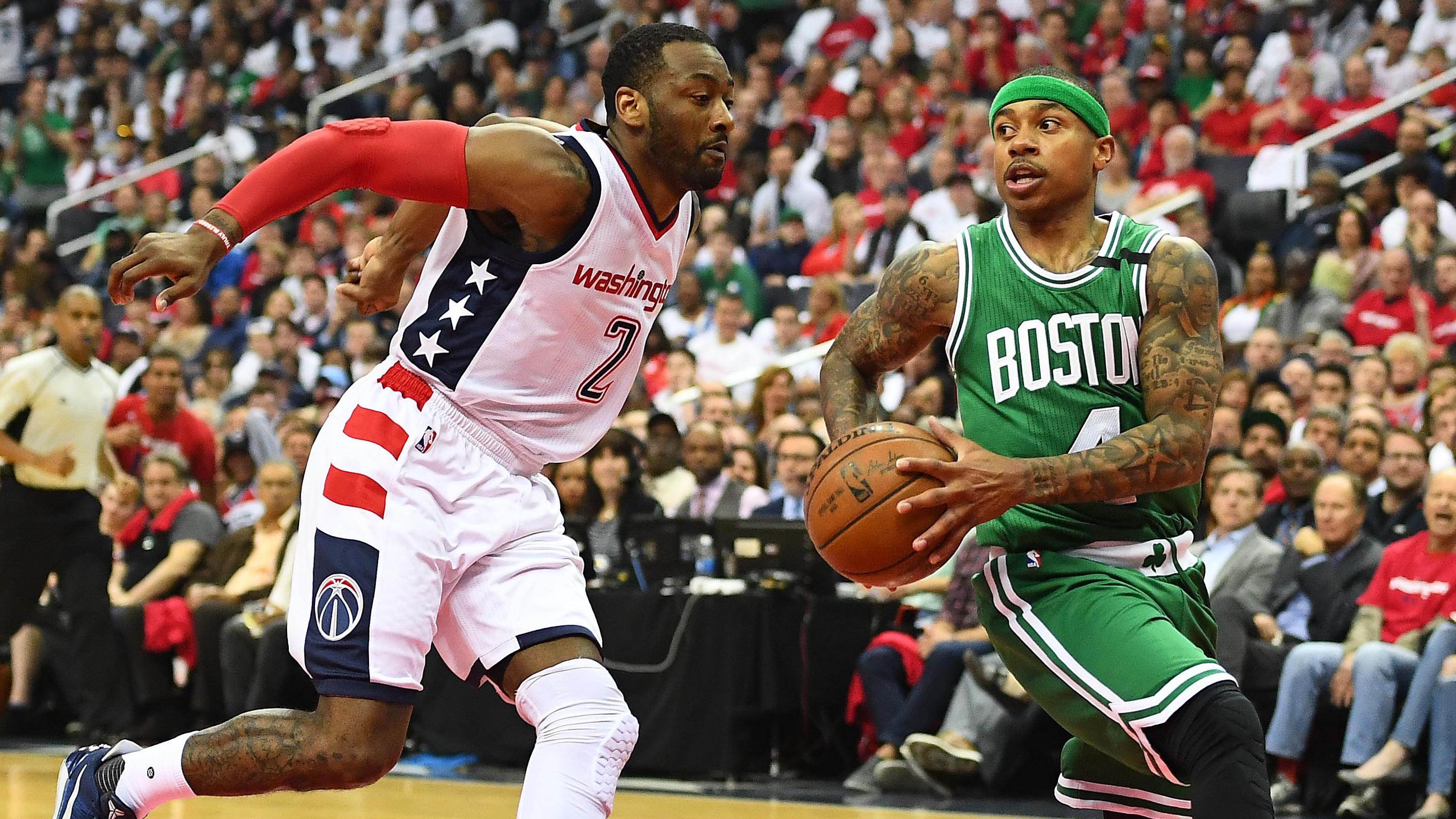 Boston, Massachusetts — Walking into Game 5, on the road, the Wizards knew that the Celtics would come in with a lot of energy. Defense is key, and controlling the tempo of the game is a must. That was the agenda, however the Wizards did everything but that. Boston trounced Washington 123-101, taking the series lead 3-2. Nonetheless, unlike the Capitals, the Wizards will play another day.

Washington gave up 31 points in the first quarter. In addition, they allowed three 30-points plus quarters in the game. The idea was to contain Isaiah Thomas, and the Wizards did that. Thomas had five points going into halftime. Thomas offense was limited, however the role players stepped in. Avery Bradley had 25 points at the half. He shot 10-13 from the field and was 4/5 from behind the arc

“Leak outs,”  Beal said as he sighed. “A lot of his shots were just open shots.”

This was an admission of the lackluster defense by the Wizards.

The Celtics would finished the night shooting 16/33 from downtown and 52% from the field. The game was tied once and there was only one lead change. After, the Celtics went on a 16-0 run in the first quarter. They never looked back.

Struggles on the Road:

Of the 11 playoff games the Wizards played, they’ve won only once on the road. However, it was arguably the most important away game since it was a close-out game versus Atlanta. Winning tonight would have put the Wizards in position to close-out on their home-court. Bradley Beal acknowledged the missed opportunity.

“It’s a little bit of both. It could be high and low. The good thing is you have another game and you have an opportunity to still win the series. The bad side of it is we could’ve been possibly closing out at home. It’s a learning experience for us.”

As mentioned, playing away from the Verizon Center hasn’t been in the favor of the Wizards. Kelly Oubre, who returned to Game 5 from suspension, mentioned that they must play with a sense of urgency like they do in The District.

“We just got to bring the same intensity that we bring at home. We just gotta feel that same comfort level. I feel like that’s all it is. We see someone else’s colors on the court and we lose some comfortability.”

Kelly Oubre on why the Wizards tend to struggle on the road pic.twitter.com/wWWe463nhk

Kelly Oubre, the most hated man in Boston:

There was a lot of anticipation on how the Celtics fans would treat Oubre. He’s now notorious for shoving one of their own. Prior to checking into the game, fans chanted they wanted Oubre. Once he stepped on the court he was drowned in boos. At one point, the chants crossed the line as fans chanted expletives at him.

Nonetheless, the taunting didn’t bother him at all.

“It was fun hearing that everybody screaming my name. I felt like a rock-star. I felt like I was performing.”

Kelly Oubre on the fan treatment in Boston: It was fun…I felt like a rockstar pic.twitter.com/mdAGATwzx4

Granted, it can be argued the Wizards approach to this game was lackadaisical at best. However, this team has shown over the course of the regular season and even during the playoffs they are at their best when their backs are against the wall. Washington is a better team than Boston. At times, they tend to take nights off and tonight was one of them. The offense wasn’t there. They shot 38% from the field and 24% from downtown.

If the Wizards want to make it to the next round they must win on the road. Well, they are put themselves in a position where they have to, or like the Capitals they too will be enjoying summer a little early.