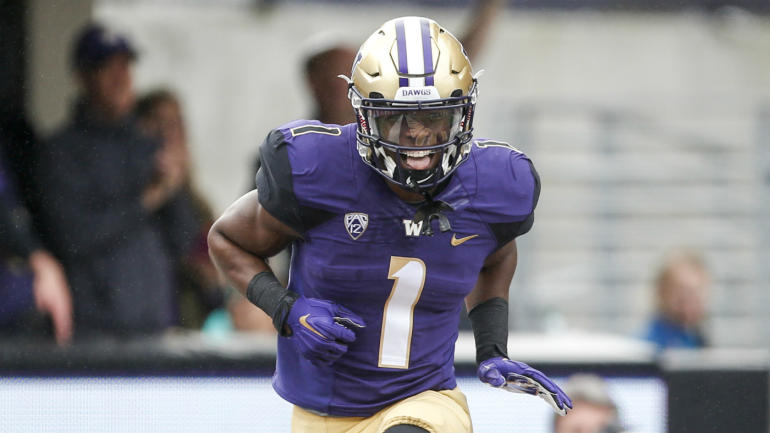 When it comes to recent seasons in the Pac-12, it has mainly been Stanford, Oregon, and good ole USC at the top of the conference food chain. Yet, the 2016 season looks a little different. This time around, it’s the #4 Washington Huskies (9-0, 6-0 Pac-12) that has not only captured everyone’s attention within the conference but the talented squad has been on the minds of the College Football Playoff committee.

Standing in their path to a possible postseason tournament birth is a USC Trojans (6-3, 5-2 Pac-12) team that has overcome a rough start to the season and find themselves ranked 20th in back in the conversation of the Pac-12 championship game.

The two teams will clash on Saturday night at 7 PM EST with postseason aspirations hanging in the balance for both. Let’s dissect this crucial conference showdown.

What To Know About USC

The season commenced in the worst possible way for the Trojans of USC. A 52-6 thumping at the hands of Alabama in the season opener showcased an issue that has been quietly building over the years: a lack of depth across the board. Head coach Clay Helton has surprisingly found a way to mask that issue and now the Trojans are back on track to postseason success after a 1-3 start. The quarterback switch to redshirt freshman Sam Darnold was exactly the boost that the team needed. Darnold has passed for 1,874 yards and 20 touchdowns this season and has tossed 12 of those TDs in the past three weeks. Behind Darnold and his favorite targets in receivers Juju Smith-Schuster & Darreus Rogers, the Trojans are averaging 264.6 passing yards per game . The balance in the run game from starting running back Ronald Jones (679 yards, seven TDs) and backup Justin Davis (467 yards, two TDs) has completed a Trojans offense that has scored at least 41 points in four of their last five games.

The defense has not always been great but they are 38th in the country in scoring defense at 23.6 points per game. It doesn’t take long to see that cornerback Adoree Jackson is the best player on the unit and the junior defensive back is having an All-Pac-12 type season with 42 tackles, two interceptions, along with 625 total return yards and two touchdowns as the team’s kick & punt returner. On the other side, Iman Marshall (42 tackles, two INTs) is the yang to Jackson’s yin and gives USC a solid pair of talented corners. The front seven is where the questions about this defense are placed. Defensive coordinator Clancy Pendergast has implemented a 3-4 schematic look and has a trio of linebackers in Cameron Smith, Michael Hastings, and Porter Gustin who are the top three in tackles on the defense and combine for 18 tackles for loss.

What To Know About Washington

Every season, there is always a media darling. This year, the Huskies are the recipients of that “distinct” honor and rightfully so. Quarterback Jake Browning has forced his way into the Heisman discussion with 34 touchdowns and three interceptions on the season with the Huskies ranking 31st in the country in passing offense. Receivers John Ross and Dante Pettis are scary good and the two junior receivers have combined for 25 touchdown catches so far this season. Ross in particular is quickly evolving as one of the most popular players in college football based on his electric style of play. If you’re familiar with head coach Chris Peterson and offensive scheme, the run game takes an equal importance in his spread scheme. Starting running back Myles Gaskin is one of the most underrated backs in the nation and is second in the conference in rushing yards with 952 in addition to his eight touchdowns.

Quietly, the Huskies have formed the 18th ranked defense in the country and third in the country in takeaways with 22. Middle linebacker Keishawn Bierria is second on the team in tackles with 45 but also leads the team in fumble recoveries with five. Much of the defensive spotlight falls on a secondary that has one of the best safeties in the country in Budda Baker (40 tackles, three TFLs, one INT) and the latest prodigy from the Washington cornerback factory, Sidney Jones. The 181 pound corner has only been targeted 30 times all season and is fresh off a two interception performance against California.

Based on the Trojans current five-game winning streak, this is an interesting showcase. For the Trojans, to keep their championship game hopes alive, the win streak must continue. Yet, this is their best opponent hands down since week one of the season against Alabama.

For the Huskies, the Pac-12 North division leader has found themselves in the College Football Playoff projections with the ranking of fourth. One thing is for sure, a loss would severely damage their chances of making the Playoff. The combination of Browning and his receivers in Ross and Pettis will truly be tested by arguably the best cornerback tandem in the conference in Jackson and Marshall. Those who love individual matchups within the game, that is one matchup that is worth the price of admission.

If the Trojans are to pull off the upset, a big game from Smith-Schuster as well as the running back tandem in Jones and Davis must occur. USC’s defense will have to make plays as well. Against a lethal offense, that may be a tall task for a unit that has struggled at times getting after the quarterback.

The Huskies have been making statements all season. A statement was made when they throttled Stanford 44-6 in late September, another was made the following week by pouring 70 on Oregon on the road, as well as a key road win over a tough Utah team two weeks ago. The Trojans offense is capable of making plays on the stout Huskies defense but this is another chance for Washington to make another statement against a quality opponent. This will be close for three quarters but a Huskies defense that is known for it’s turnovers will be up to the task and get the Huskies another big conference win.