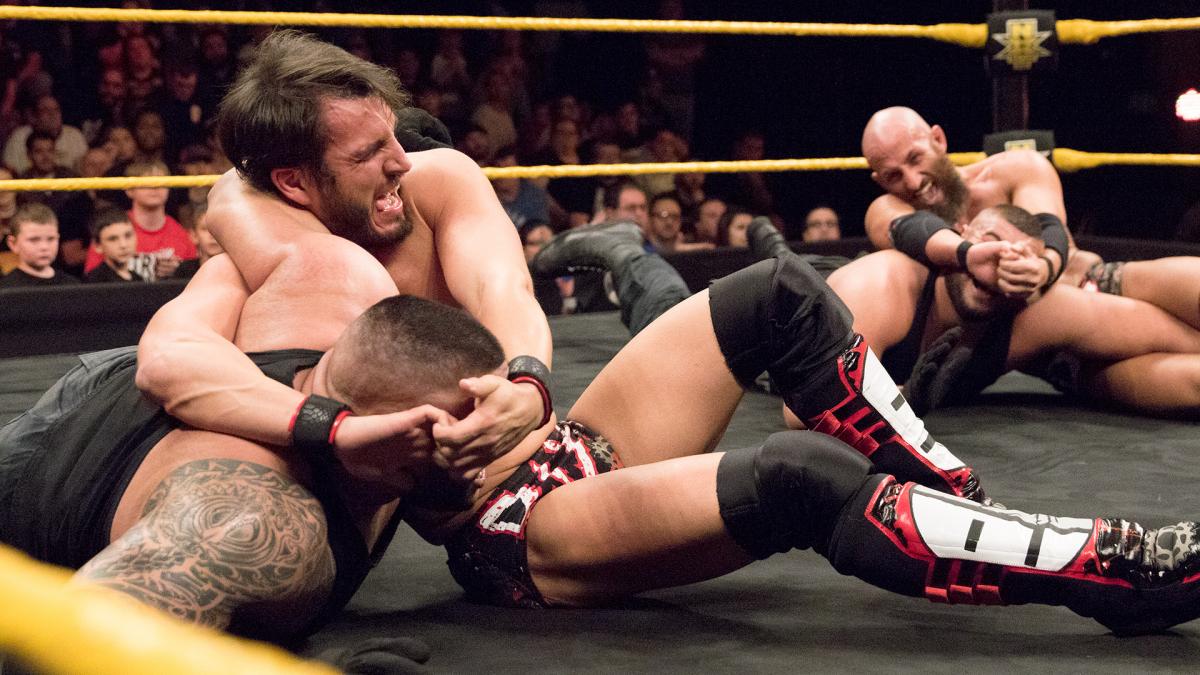 Last night NXT it was an excellent episode it featured two title matches as it was referred as Championship Wednesday as I usually do I will provide my thoughts as well as the results. The Patrick Clark experience arrived at NXT he had a hard test this week. Clark was in a fight early on with Sean Maluta. He had Clark on the ropes but the momentum swung back in Clark’s favor. Clark connected with a Famouser on Maluta to get a win. Asuka has been running through the Women’s division and all the competition. Royce took Asuka to the limit as expected with numerous near falls. Against all odds, even with an injured arm, Asuka locked in Asuka Lock on Royce and it was all over she still retains her NXT Women’s Championship. After the match, Billie Kay entered the ring and they began to assault Asuka with Royce. All of sudden Ember Moon came come down to the ring to make the save. Then, Moon had her sights set on the NXT Women’s Championship. DIY vs. The Authors of Pain

Akam and Rezar neutralized Ciampa and began to beat him up.The turning point of the match was when DIY hit a double Powerbomb on Rezar. Impressively enough Rezar still managed to kick out. This led to the Authors setting up for their Super Collider with is a double Powerbomb. However, Gargano and Ciampa managed to counter the move.