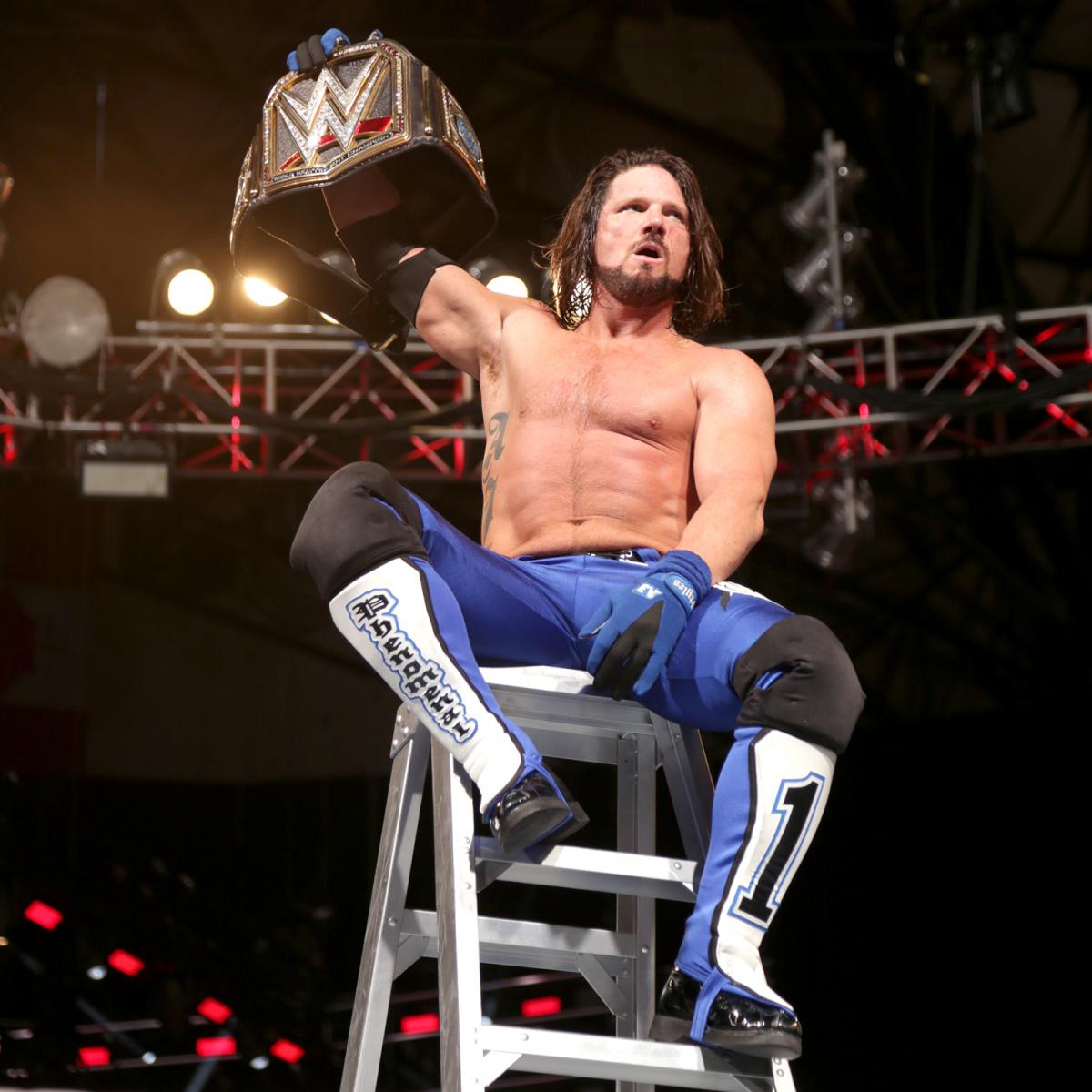 Last night the TLC pay per view took place in Dallas and it is very entertaining I will provide the three best matches as well as the results. This main event lived up to the hype as The Lunatic Fringe Dean Ambrose and AJ Styles battled each other for the WWE World Championship in a TLC match. The match was filled with unbelievable highlights, Styles was driven through a pile of chairs then Styles gave Ambrose a Suplex through a table.

The brawl ended up going on the outside and Ambrose officially lost his mind. He decided to jump off a ladder onto Styles on the announcer’s table which broke. Styles then pulled off an incredible 450 Splash off the ropes to the outside onto Ambrose through a table.

All of a sudden James Ellsworth made an appearance and then the WWE World Champion, immediately went after Ellsworth with an attempt with Styles Clash. However, Ambrose saved him, he connected with the Dirty Deeds DDT on The Phenomenal One into the steel stairs.

Just when it looked like Ambrose would become the new WWE World Champion, Ellsworth got into the ring and he shoved the ladder over, sending Ambrose crashing through a set of tables at ringside. Styles capitalized on this distraction and he retrieved his title to remain the WWE World Champion. My only issue is that with Ellsworth turning heel was very predictable it was still a special moment. The Miz was a genius and he used a brilliant strategy he wrapped Ziggler’s left leg around a ladder and he worked on The Showoff’s knee against the unforgiving steel. The Miz applied a modified Figure-Four Leglock through the ladder. I have never seen this spot before in a ladder match which I thought was amazing Dolph Ziggler fell victim to a Skull-Crushing Finale onto the ladder.

Ziggler was battered but he was resilient he showed his heart he was climbing up the ladder to attempt to retrieve the gold. However, The Miz also climbed up Ladder and gave Ziggler two kicks below the belt then he shoved Ziggler off the ladder. The Miz retrieved his gold and retained his Intercontinental Championship, he was impressive he won clean without his beautiful wife Maryse. 3) The championship drought is finally over

The beginning of this pay-per-view Heath Slater and Rhyno defended their SmackDown Tag Team Championship against The new Wyatt Family. At WWE TLC, Randy Orton and Bray Wyatt defeated Heath Slater and the man-beast Rhyno. It was a great match and Bray Wyatt and Randy Orton make a very entertaining tag team. When The Wyatt Family was in trouble Luke Harper sacrificed himself by taking a Gore which was meant for Orton, Wyatt distracted The Man Beast long enough for Randy Orton to strike with his deadly RKO. It looks like The Wyatt family could have different members defending their tag team titles moving forward.

Overall, this TLC pay-per-view was very compelling. A few titles changed hands and some shocking moments in between.

Apollo Crews, American Alpha, and The Hype Bros defeated Curt Hawkins, The Vaudevillains, and The Ascension American Alpha hit Grand Amplitude on Simon Gotch they got the win.

Nikki Bella defeated Carmella in a no disqualification match via Rack Attack 2.0.

Baron Corbin defeated Kalisto with The End of Days on multiple steel chairs. 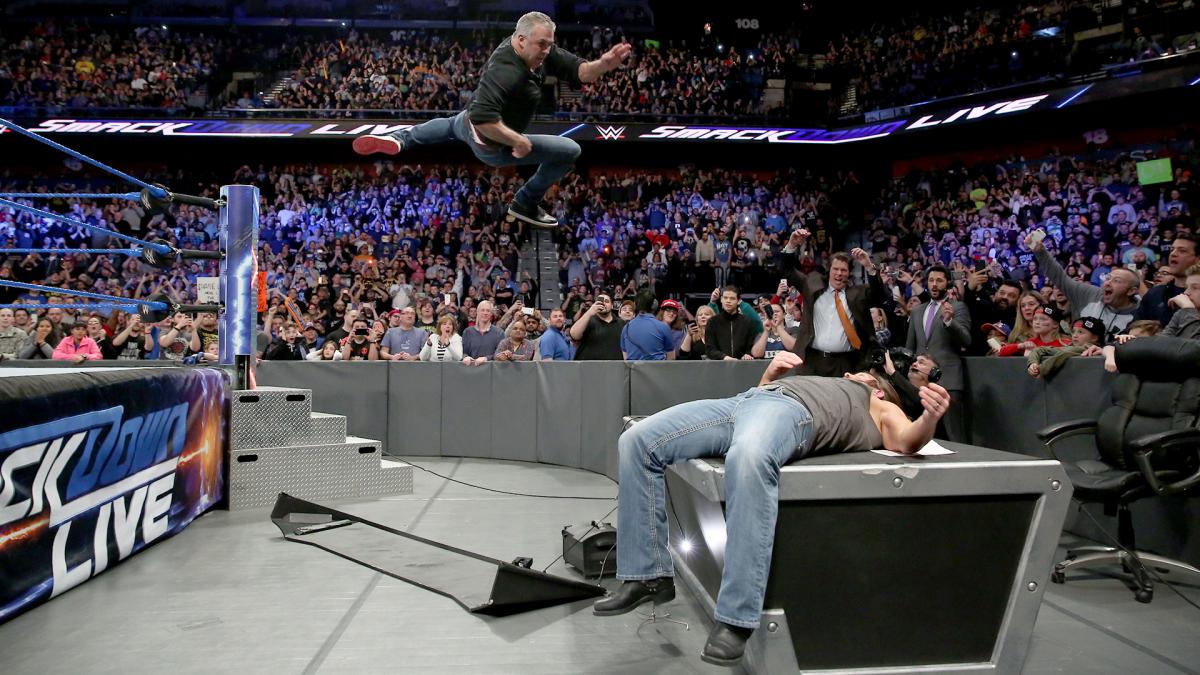 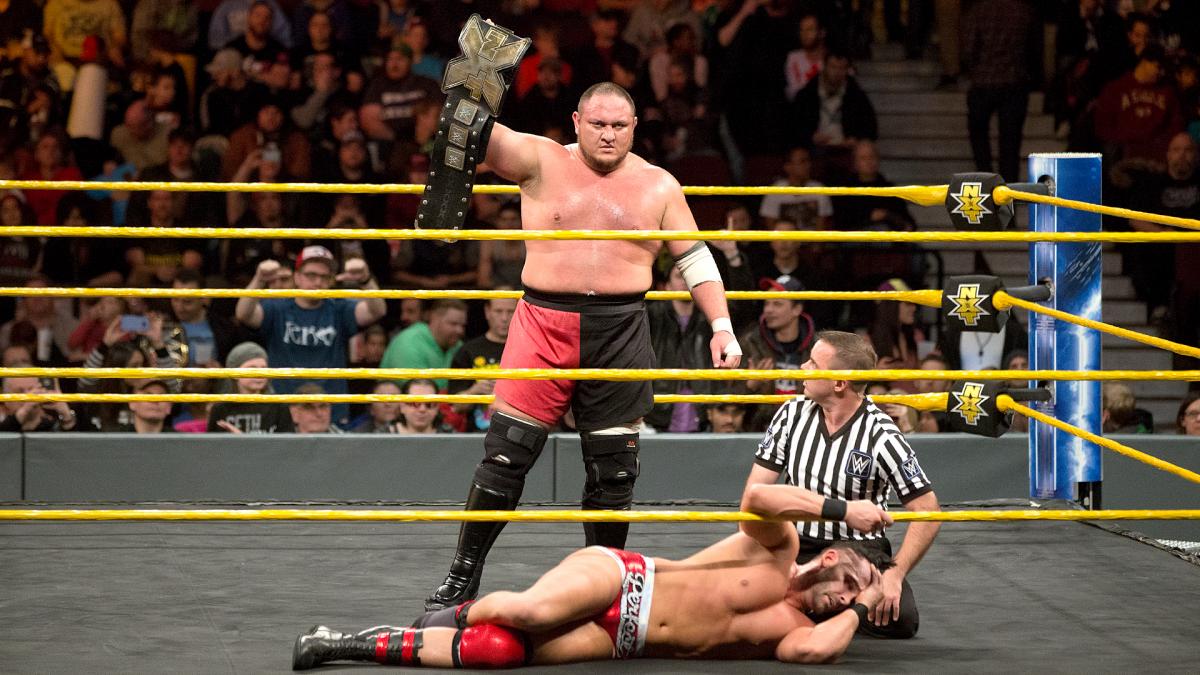