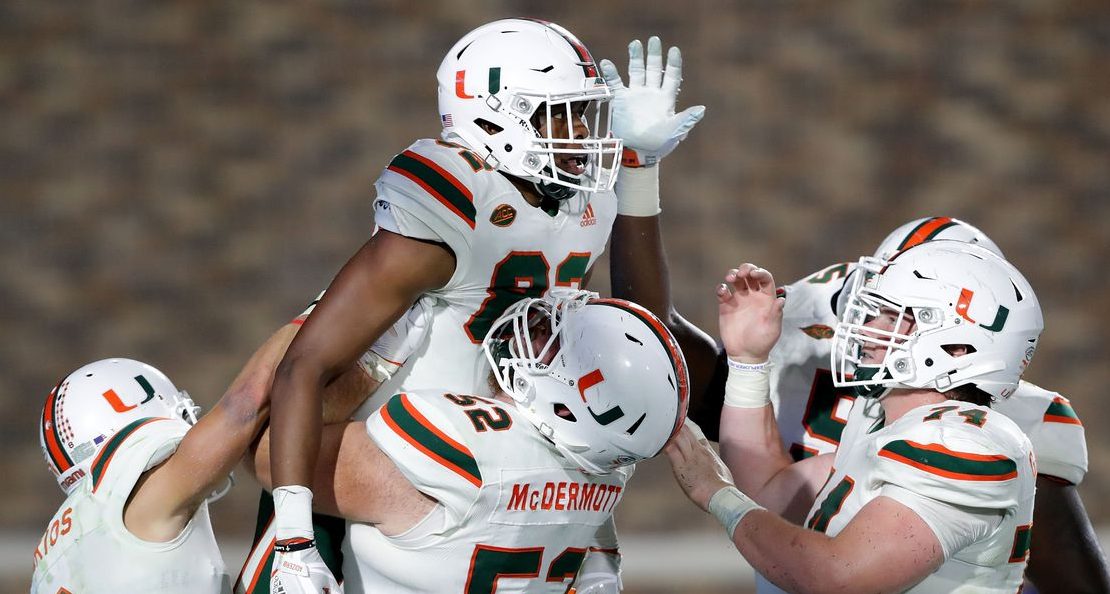 Another week, another SEC blowout for the #1 team in the country, the Alabama Crimson Tide.

There was another test for #2 Clemson and their first-year starting quarterback Kelly Bryant. That test was passed with flying colors thanks to a 31-17 win over the #16 Virginia Tech. The quarterback situation in Gainesville may have now been solved thanks to an untimely injury.

Also, don’t look now, but the #25 UCF Knights are surging and may be the biggest threat to the conference title hopes by #18 South Florida. On to the key observations from this past week in college football:

There is a very puzzling outlook on the LSU Tigers after a shocking 24-21 home loss to Troy. To make matters worse, the LSU defense gave up 209 rushing yards while the offense committed four turnovers. If you recall, the Tigers also allowed 285 yards on the ground in their 37- 7 defeat to Mississippi State two weeks ago.

That was the first non-conference home loss for the Tigers in 17 years. Granted, the Tigers were without stud running back Derrius Guice but a loss is a loss is a loss.  The next two weeks show a road game at #21 Florida and a home contest versus #13 Auburn and they still have #1 Alabama remaining. The Tigers are in a rare funk and in order to get back on track, they will have to do it against some of the best in the SEC.

Two intriguing contests took place on Friday night and the first one, #13 Miami at Duke, showed a Hurricanes bunch that earned a 31-6 win behind a defense that totaled 11 tackles for loss, five sacks, and two turnovers plus three total touchdowns from redshirt sophomore quarterback Malik Rosier.

Sitting at 3-0 overall, the Hurricanes are now starting to turn heads across college football and have a huge road game against the struggling Florida State Seminoles next week. Keep in mind that the Hurricanes have a top-5 recruiting class next year on the way as well. The program as a whole is making a complete turnaround and things are really starting to look up.

The second of two Friday night contests saw a big upset by the #11 Washington State Cougars as they defeated then-5th ranked USC, 30-27. Cougars quarterback Luke Falk was his typical self with 340 yards and two touchdowns.

However, the star of the show was the Cougars defense who held star USC quarterback Sam Darnold to just 160 yards in the air and forced two turnovers, one which sealed that game with a Darnold fumble.

Many are starting to show much-earned respect to the Cougars and a win such as this will go a long way. In all likelihood, it will come down the annual Apple Cup rivalry to determine the Pac-12 North division. Falk and Cougars have a great opportunity before them.

If there is a team that needs to hit the reset button quickly this season, it is the North Carolina Tar Heels. They currently have 13 players out for the year with injuries and their defense has given up 33 or more points in three of their five games played.

I did not mention that the defense also gives up over 200 rushing yards a game also. The team entered the season as a contender for the ACC Coastal division but the wheels have fallen off in Chapel Hill. That seat is getting quite warm for head coach Larry Fedora with his Tar Heels sitting at 1-4 overall.