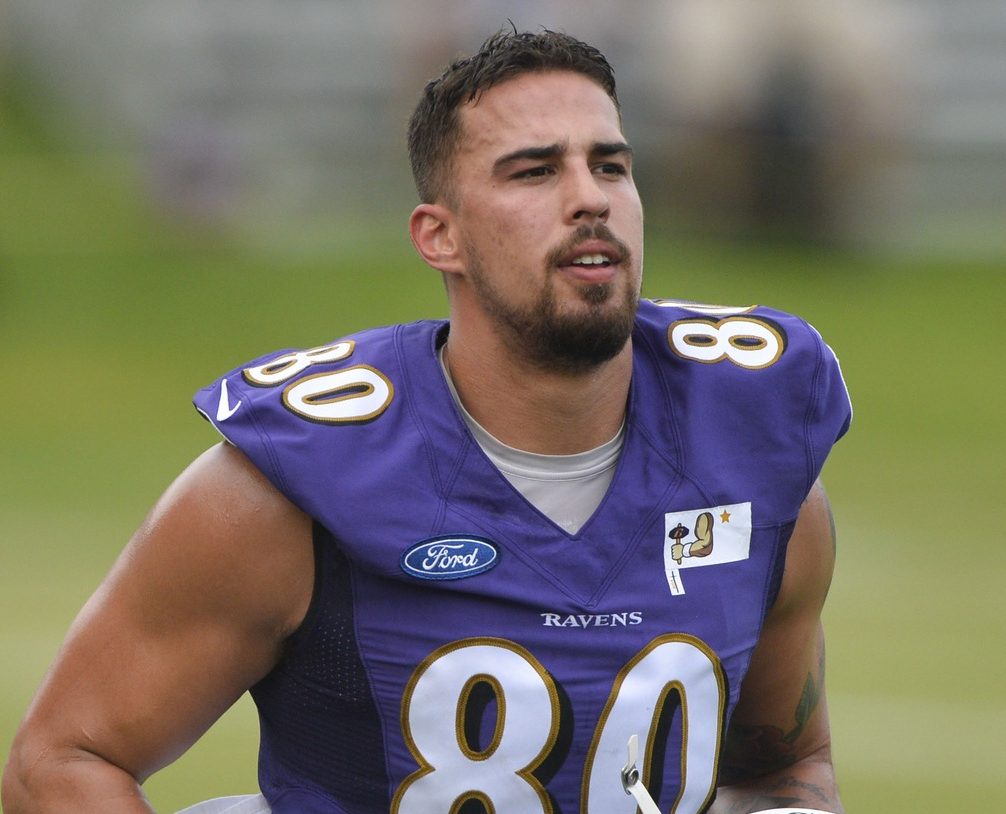 Baltimore Ravens’ TE Crockett Gillmore has heard enough talk about his injuries and has a message for the other tight ends. “I don’t want to come off the field. All downs, every down, and (I want to be) the guy,” Gillmore said in Houston last week, per the team. “There’s no reason I shouldn’t be. There’s no reason I can’t be. That’s great we have nine tight ends. They’re going to enjoy the bench. That’s just reality. I’ll tell them. They know.”

Gilmore is one of the six tight ends on the depth chart and his message is clear. He wants to be the number one TE and his numbers before he was injured proved that he can be called upon when needed. In 2015 he had 86 catches in his break out season. After his injury, he was humbled about the outcome.

“It was the best injury I’ve ever had. I got to sit back. I got to learn. I got to change my attitude about what happens and what you can control and what you can’t. I came back faster and stronger and healthier than ever [at the end of the season], and we were just short. I got to see the changes in myself as well as everything else that was going on. I really got to be ready to go. Honestly, I feel better than I ever have physically and I was ready to go. They make the decisions, but I was ready to go. That’s all I could do. To be able to have the opportunity, that’s all I could ask for.”

Gillmore is hungry to reach that number one spot with a dynamic core, accountability, and someone who wants to win, that is what the Ravens need.

After losing to the Steelers, the Ravens need to find a reliable candidate to help them out in third down situations. They were ranked 23rd with a 36.9 % third down conversion rate. With a healthy Gillmore, the Ravens could get more contribution with extending drives and getting some productivity with making a run for the post season.