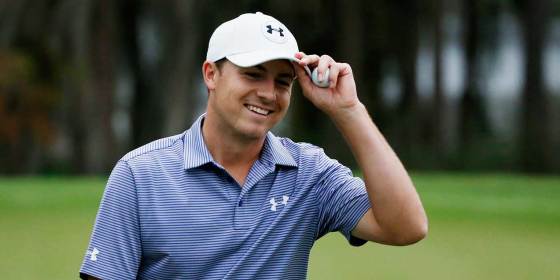 Jordan Spieth becomes the youngest golfer to win nine tournaments in 100 since Tiger Woods. ”I remember walking up 18 today thinking to myself, ‘I don’t think that I’ve enjoyed the wins as much as I’ve talked to myself about the losses,”’ Spieth said. ”I don’t think I’ve really enjoyed on the inside how much it takes to win out here and the hard work that goes into winning.”

Spieth finished the tournament -2 under 70. Spieth paid an honorable mention to Tiger Woods with his final round. “I remember watching highlights of Tiger trying to hold his bogey-free round when he had such a big lead,” Spieth said. ”That was kind of his goal. That was mine today. Hey, let’s try and keep a clean card. … Played a lot of boring golf today, which is exactly what was needed.”

Spieth was locked in on his final round. He executed and did not bogey with the final 28  holes.

”He did exactly what he was supposed to do and played a great round of golf,” said Brandt Snedeker, a two-time Pebble winner who played in the final group with Spieth and shot 70 to finish fourth. ”Sometimes those are the hardest rounds of golf, when you have the lead that he had. It was fun to watch him do his thing out there.”

Despite the win, Spieth remained in top ten in ranks. He has been inconsistent with getting wins, but he dominated the green last weekend.

“It was a really nice to close (Saturday) birdie 15, 17, 18 when you’re in the lead. … Going from a three-shot lead to a six-shot lead, that’s a huge difference. Sleeping overnight on that. I could afford to make a couple of mistakes if I needed to.”

On seven consecutive weeks of PGA Tour winners in their 20s: “It’s very cool. I don’t know what it is.”