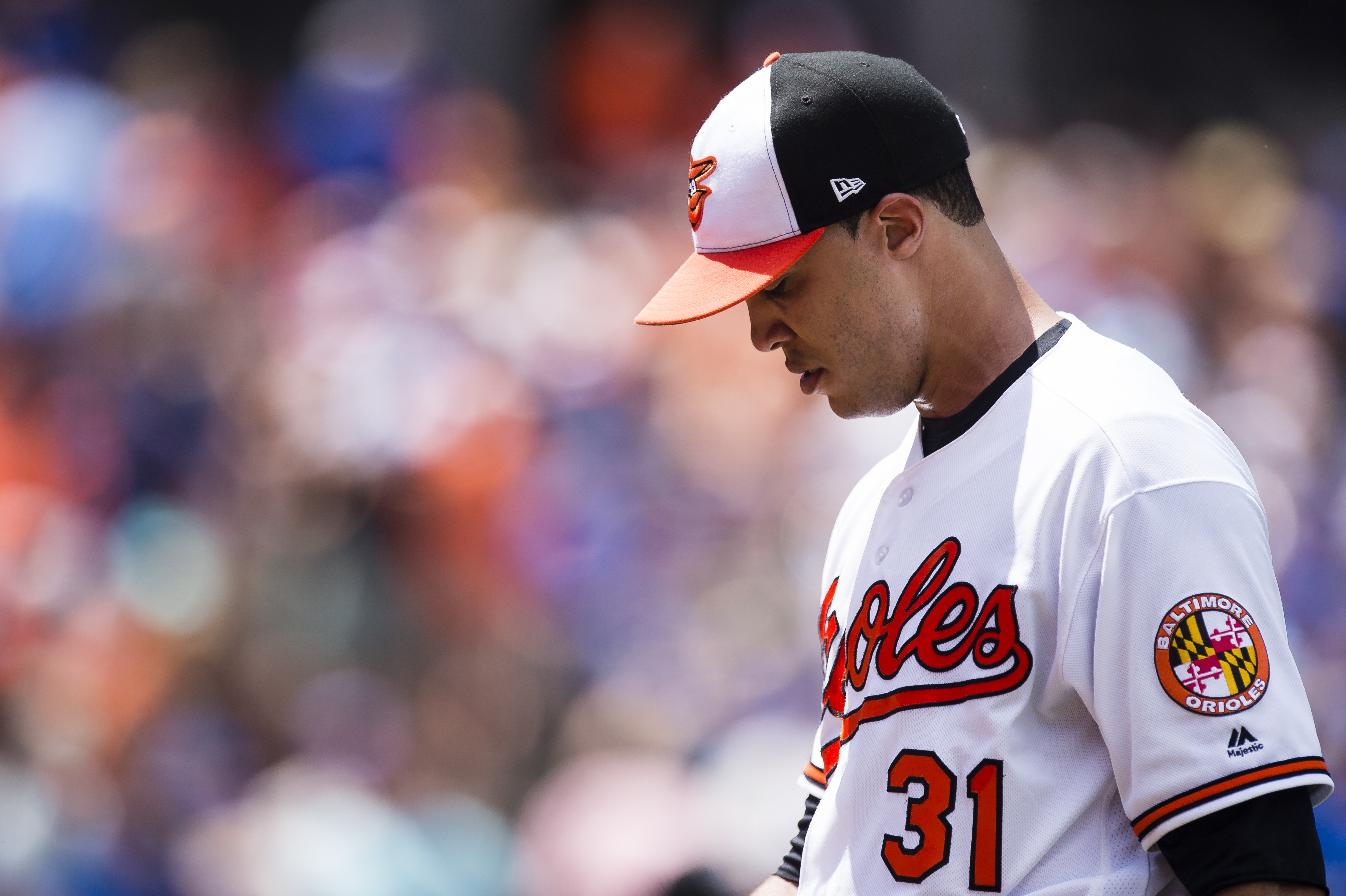 The Chicago Cubs came to Oriole Park at Camden Yards for just the second time ever and will leave with a three-game sweep over the Baltimore Orioles.

BALTIMORE – Jose Quintana threw seven scoreless innings and the Cubs scored six runs off Orioles starter Ubaldo Jimenez in a 8-0 win on Sunday to give the defending World Series champions a three-game sweep in their first trip to Baltimore since 2003.

The Cubs recorded 15 hits compared to 14 strike outs for the Orioles as Chicago’s offense exposed the Orioles pitching woes by scoring 27 runs in the 27 innings played this weekend. It was the seventh time this season the O’s were held scoreless and the dreadful performance has them seven games below .500 for the first time since Sept. 7, 2015.

Jimenez looked strong in the first inning, reaching 94 and 95 on a couple fastballs, but things went quickly off the rails in the second. The Cubs led off the inning with three straight doubles to the wall from Willson Contreras, Kyle Schwarber and Ian Happ to score the first two runs. Jason Heyward’s RBI single made it 3-0 before Jimenez would record the first out of the inning. Zobrist singled to right two batters later to score Heyward and make it a 4-0 game.

The Cubs mashing continued in the fourth on the bat of last year’s NL MVP, Kris Bryant. Jon Jay led off the inning with a single and managed to get to third base on a swinging bunt by Zobrist. It would not have mattered where Jay was on the base paths as Bryant hammered a 1-0 splitter into the left center field seats to increase Chicago’s lead to 6-0.

It was another rough outing for Jimenez, who lasted just 3 2/3 innings, allowing the six runs on a season-high 11 hits and a walk. He struck out just two batters and his ERA now sits at 7.01 on the season. No Orioles starter has gone past 5 2/3 innings in the last 10 games and they continue to have the worst team ERA in MLB at 6.02. It is also the 36th time in their last 41 games that the Orioles failed to record a quality start.

Meanwhile for the Cubs, Jose Quintana was impressive in his first action since being acquired from the Chicago White Sox this week. He fired seven scoreless innings, striking out 12 batters and giving up only three hits. The 12 strikeouts matched a Cubs franchise record for most strikeouts for a pitcher making his debut with the team. He is also just the second pitcher since 1900 to strikeout 10-plus in consecutive games with different teams. Randy Johnson is the only other pitcher to do so in 1998.

Anthony Rizzo added a two-run blast into the bleachers in the ninth off Darren O’Day to give the Cubs their final two runs. Contreras followed the homer with another hit, giving him a career-high four hits on the afternoon.

It was the eighth time this season that the Orioles have been swept, and they are now 3-9 all-time against the Cubs.
Quick notes:

Ken Rosenthal is reporting that the Orioles could be in sell mode after this weekend’s dreadful series.

The team did announce the signing of Cal-Irvine left-hander Cameron Bishop, the 26th pick in the 2017 MLB First Player Draft. The signing comes more than a week after the deadline for signing draft picks passed at 5 p.m. on July 7.

The Orioles will welcome the Texas Rangers to Camden Yards for a four-game set beginning tomorrow night. Chris Tillman (1-5, 7.90 ERA) takes the mound for the O’s, while Andrew Cashner (4-7, 3.54 ERA) will be on the bump for Texas.