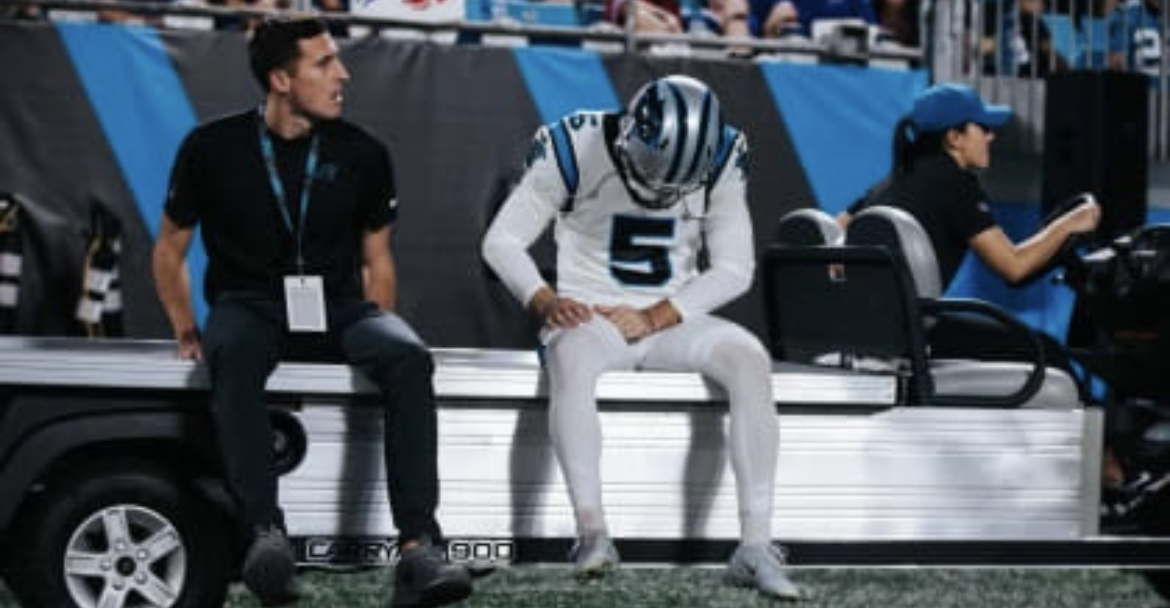 The Carolina Panthers were hit with a slew of injuries in Friday night’s preseason win over the Buffalo Bills. Kicker Zane Gonzalez injured his groin while kicking into the net on the sideline. While he couldn’t give too much detail, head coach Matt Rhule told media on Saturday that the injury looks to be “significant” and “long term.”

“He’s going to be seen by a specialist and that will lead to any future decisions that have to be made,” said Rhule. While details of how long Gonzalez will be out, general manager Scott Fitterer and the rest of the staff will discuss what the team’s options are in the interim. Special teams coordinator Chris Tabor will be involved in the search for a new kicker.

An MRI confirmed that quarterback Sam Darnold suffered a high ankle sprain after a hit by CJ Brewer in the middle of the third quarter. “In terms of the length of that, we’re not sure of the exact length. We sent those images to specialists to try to gauge it, but again, that does look like a significant injury that could take some time,” Rhule disclosed. Giovanni Ricci was also seen for an MRI today but his injury doesn’t appear to be as significant as Gonzalez and Darnold.

The Panthers saw their quarterback room go from four to one in a matter of seven days. PJ Walker, listed as QB3 on the initial depth chart moves into the backup role that he occupied last season. Rhule stops short of saying the the team will make more moves at quarterback due to Darnold’s injury. “Obviously we have two quarterbacks. Normally we would go into the season with two. Sam, you know, he will be back; it’s just a matter of how many weeks it is. Like every position, we’ll look at every option, Scott does a great job of that. We spent a lot of time training these guys in this particular offense and we’ll continue to just build off what we’ve done and we have a lot of decisions – I left Scott’s office on the way down here and I’ll probably go right back there. We’re working through every position and all the things that are important this year.”

The Panthers will wait until Tuesday, the deadline, to make final roster cuts.