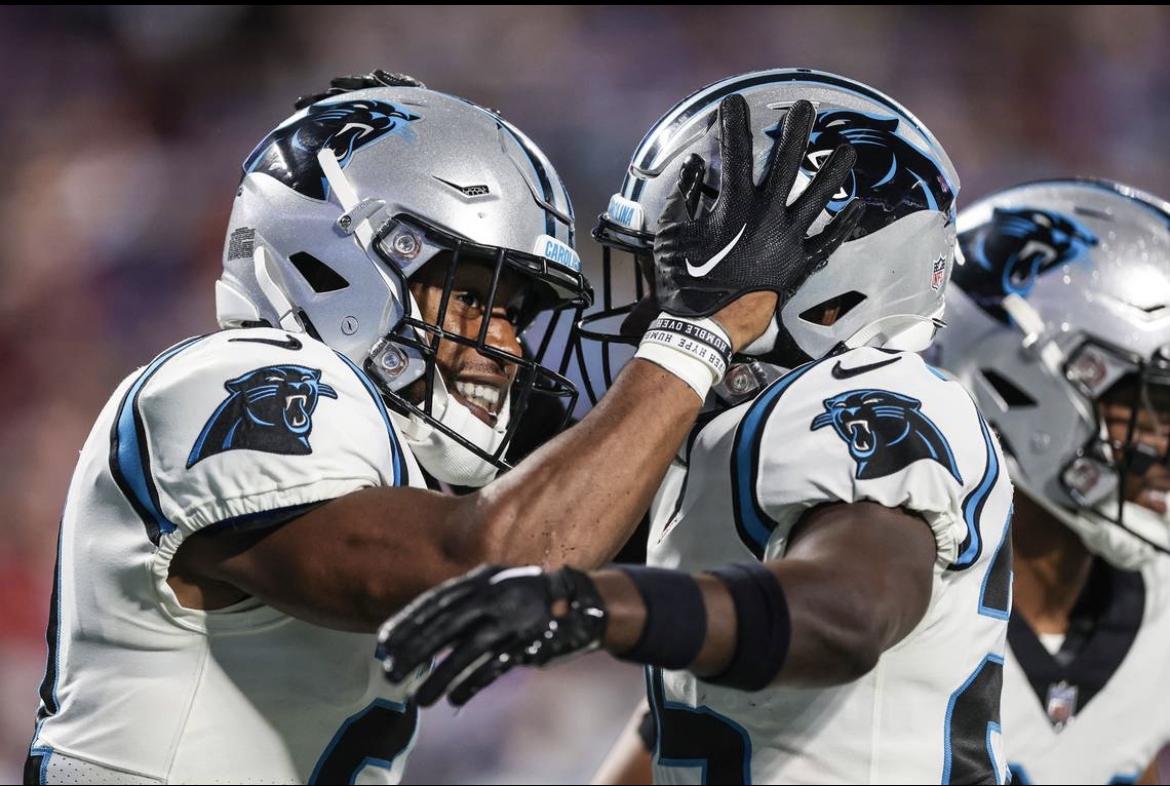 With the QB1 controversy behind them, the Carolina Panthers returned to Bank of America Stadium for a final preseason contest against the Buffalo Bills. Although the Bills sat all of their starters, the home crowd got a glimpse of Baker Mayfield under center for the first time. He played the first quarter and a small amount of the second quarter before exiting the game. He was impressive in his limited action, finishing 9-of-15 for 89 yards, two touchdowns, and a rating of 116.4,

Carolina continued to play a number of their defensive starters into the second quarter with Buffalo’s backups moving the ball quite steadily. The Panthers kept them scoreless but there were visible areas that need improvement; run defense being the most glaring. Darnold stepped up under center to finish the half and played into the third quarter before a hit by CJ Brewer ended his night with 3:28 left in the third quarter. Darnold’s left ankle was rolled in the contact and he had to be carted off the field. He finished 5-of-11 for 49 yards and added a rushing touchdown that gave the Panthers a 21-0 lead with 7:05 left in the third quarter.

Earlier in the third quarter, kicker Zane Gonzalez was carted off the field after a non-contact sideline injury to his groin. This came after the press box announcement that defensive tackle Derrick Brown had suffered an oblique injury. The extent of those injuries is not presently known. PJ Walker, whom some assumed would be the odd man out just a couple weeks ago, entered the game after Darnold’s injury. He finished the game a modest 8-of-10 for 50 yards and a QBR of 87.5. Next up for the Panthers is a roster cut down to 53 by the deadline of August 30.