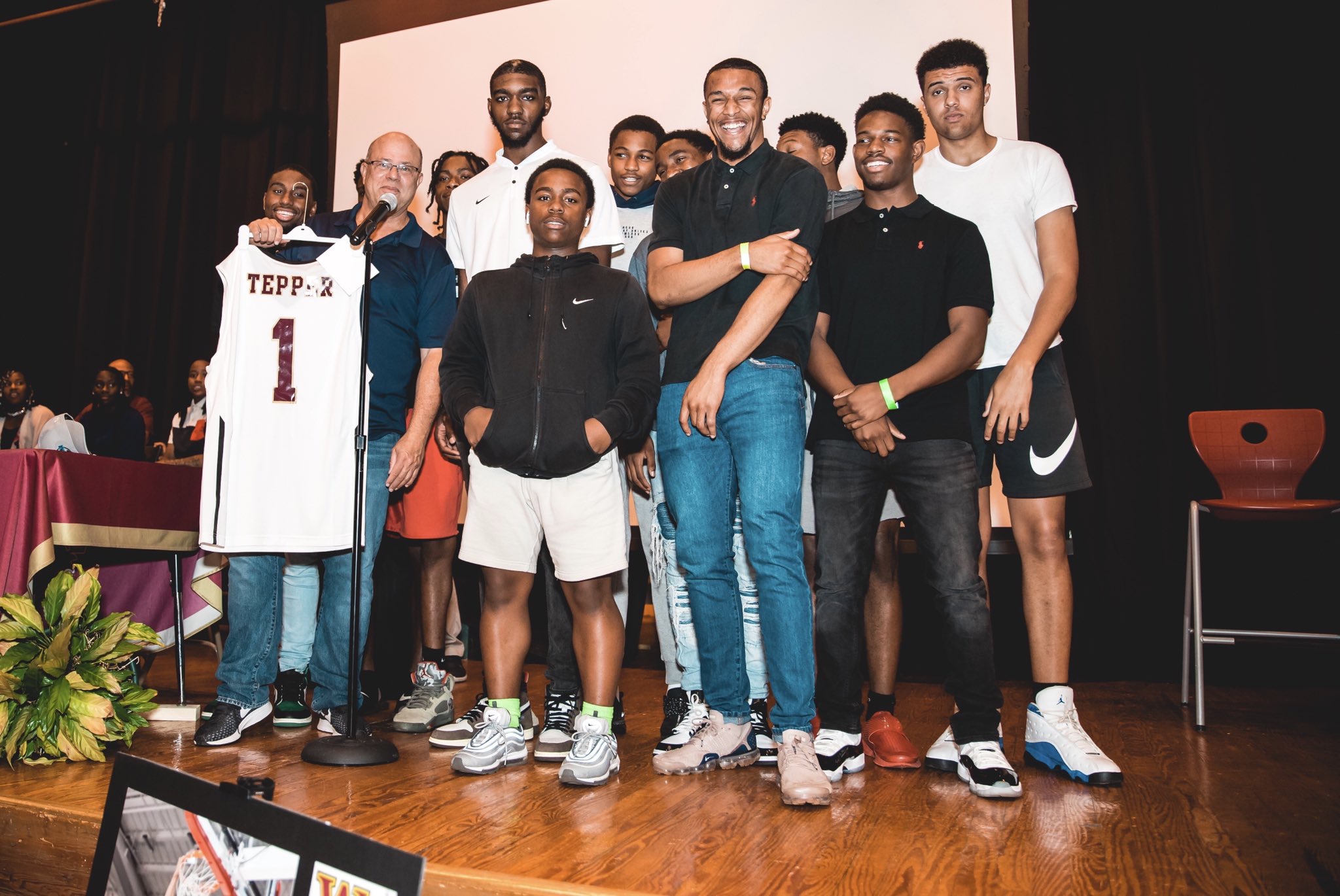 The boys basketball team at West Charlotte High School got a welcome boost earlier in the year when Carolina Panthers owner David Tepper assisted the team in getting to their state title game. Up until the night before they faced South Central in the 4A state championship, the Lions were preparing to bus to Raleigh the morning of their game due to lack of funds for hotel accommodations. Tepper caught wind and stepped in to provide the team with two charter busses and hotel rooms so that they could get to Raleigh the day before their noon tipoff.

On Wednesday, the Lions presented Tepper with a personalized West Charlotte basketball jersey. Students and faculty gathered in the auditorium where Tepper told them, “It’s great to be here, and it’s great to support this team.” Speaking with media after the assembly, Tepper reflected on how important it is to support the community.

“I heard about it, and it was a very short time frame before they had to go. Sometimes there’s no decisions to make to help the community out and to help this particular team out. It’s that simple.”

The Lions dropped the contest 72-46 to South Central, but the assembly was still a celebration of sorts. In addition to Tepper, newly-retired Panthers legend Julius Peppers was also present as he begins his new role as special assistant in business operations.