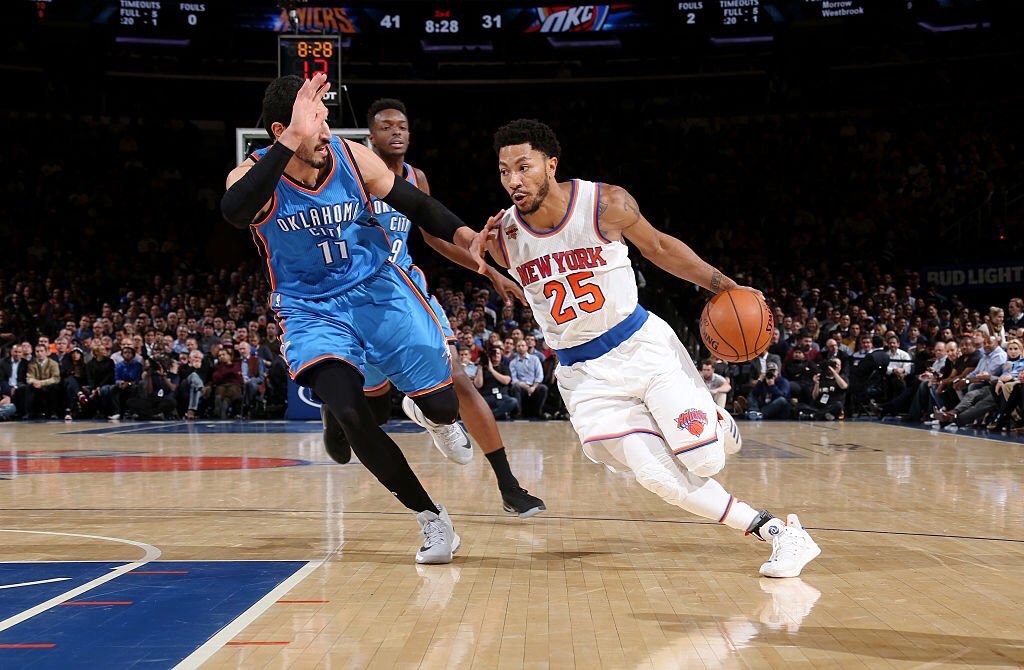 Chicago, Illinois will always be home for Derrick Rose. He was born there, if you don’t count when he went away to school; he’s never left. Well, that was until he was traded over the summer to the New York Knicks. At first, Rose experienced many different emotions about being traded, but then quickly remembered this is a business and trades happens. After a long summer, and almost 20 games into the regular season. Rose will be the first to tell you that he loves New York City and everything about it. Now he shifts his focus on winning.

It shouldn’t be a surprise that Rose loves the Big Apple. Even his teammate Justin Holiday will attest to that. As he refers to Rose as a “city boy.” Yes, that’s an accurate description of Rose. Someone born and raised in Chicago would adjust to New York just fine. New York and Chicago have many things in common. Everything that you would find in Chicago, just multiply by three and you’ll have New York. Three times as many people, buildings, and perhaps, three times as much fun to be had.

Rose is loving New York and has settled in just nicely. He’s even open to the idea of making Gotham City his new found home when everything is all set and done. Although that’s a long time from now, Rose is really adjusting to the concrete jungle. However, there’s one thing that needs to start happening and that is to win ball games.

The Knicks are now 8-9 on the season they have had their shares of ups and downs. Most recently against the Oklahoma City Thunder. Rose finished the night with 30 points, seven rebounds, and four assists. The Knicks still loss to the Thunder. Rose is known for stepping up his game when he plays against an elite guard, such as Russell Westbrook. Westbrook could not be stopped as he added another triple-double on the season. Westbrook finished the night with 27 points, 18 rebounds, and 14 assists. Westbrook wanted to ensure people took note of the great defense his teammate Andre Roberson brought to the game as well. Which help lead them to victory. Rose was asked about his personal accolades of having 30 points. As expected, Rose responded by saying:

“30 {points} don’t mean nothing when we lose. We can’t come out and play like that, period.” According to Ian Begley’s, of ESPN-NY, Twitter feed. 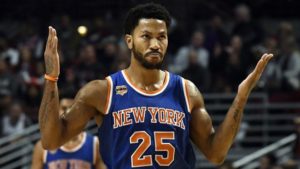 Rose makes valid points as the Knicks continue to establish an identity. They will get a chance to do so as Rose will reunite with his former coach Tom Thibodeau who is currently coach the struggling but exciting Minnesota Timberwolves. The Knicks will play them on Wednesday before hosting them at Madison Square Garden on Friday.

Rose said two weeks ago that transitioning to New York has been a challenge, however, he knows something good will come from it. The Knicks may not have the record they want, but things are looking up for Rose. He’s becoming more effective on both the offensive and defensive ends of the floor. This is very important as this is a contract year for him. Rose is known for saying that basketball is supposed to be fun. Rose actually looks happy in his Knicks uniform. If you walk into that locker room, Rose has a huge smile and is eager to tell you all the things he likes about New York and how much fun the city is. He likes how he can move around the city and not really be crowded by people because New Yorkers see “high profile people” all the time. Rose feels at home in New York. He invited himself to Carmelo Anthony’s Thanksgiving dinner without an invite nor brought anything. His best friend Joakim Noah, who’s a native of Manhattan, showed him around to all the trendy spots.

The only downside to the city is Rose’s family is still mostly in Chicago including his son PJ. However, a flight from O’Hare to LaGuardia or Kennedy is a short two-hour flight away. With that being said, Rose is very happy within New York City, now if the Knicks can win, then Derrick Rose will experience ultimate happiness, something very few get a chance to experience.