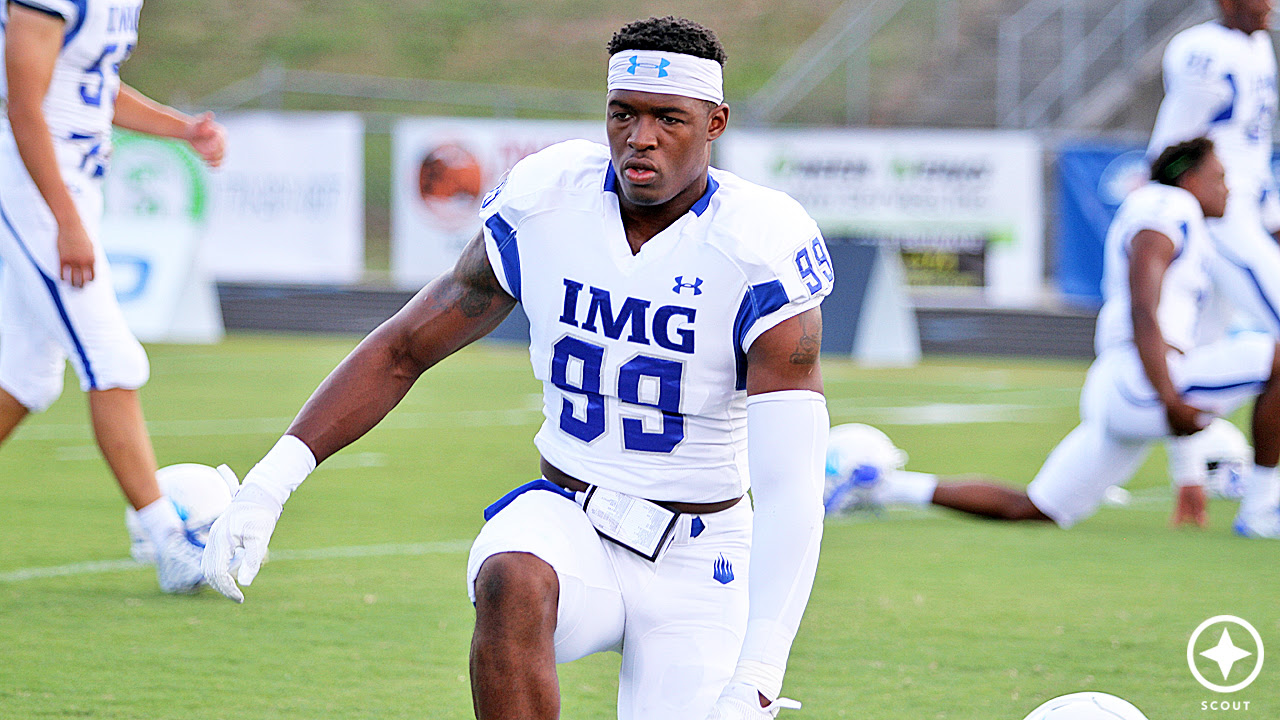 Joshua Kaindoh, who is a five-star recruit has decided not to commit to Maryland’s 2017 recruiting class. He had tweeted that the decision was discussed with his family and he decided to go in another direction. He also thanked Maryland for the opportunity.

Kaindoh is 6’6 and weighs 252 pounds. He is ranked No.6 as a defensive end and ranked No.53 overall. He is very talented, has speed, and can tackle well. In his career he has recorded 52 solo tackles, 89 total tackles, 4.5 tackles a game, 11 sacks, and has 2 forced fumbles. This young man has talent across the board and a lot of schools have been reaching out to see if they can grab him.

Alabama may have the nation’s top recruiting class, but they have been looking for someone to fill in the gap at the defensive end position. They have reached out to Kaindoh a couple of times and have stated that they are pushing for Kaindoh. Kaindoh has visited the university a couple of times and has stated that he likes Alabama. Other schools that are in the mix with landing Kaindoh are Penn State, Florida State, Georgia, and Notre Dame. All of these schools are struggling to find a defensive end that can be a factor in games.

Kaindoh has made it clear that he wants to go to a school that can help him become a great individual in athletics, as well as academics. “I’m looking for a school with the best mixture of academics and athletics.”

He has the ability to be something special. His high school coach Kenvin Wright praised Kaindoh for his ability to let his craft speak on the field. “He doesn’t talk a lot. When he does talk, he’s very cerebral,” Wright said. “He’s a guy that kind of goes out and lets his play speak for him.”

He has decided to let everyone know his decision at the UA game.